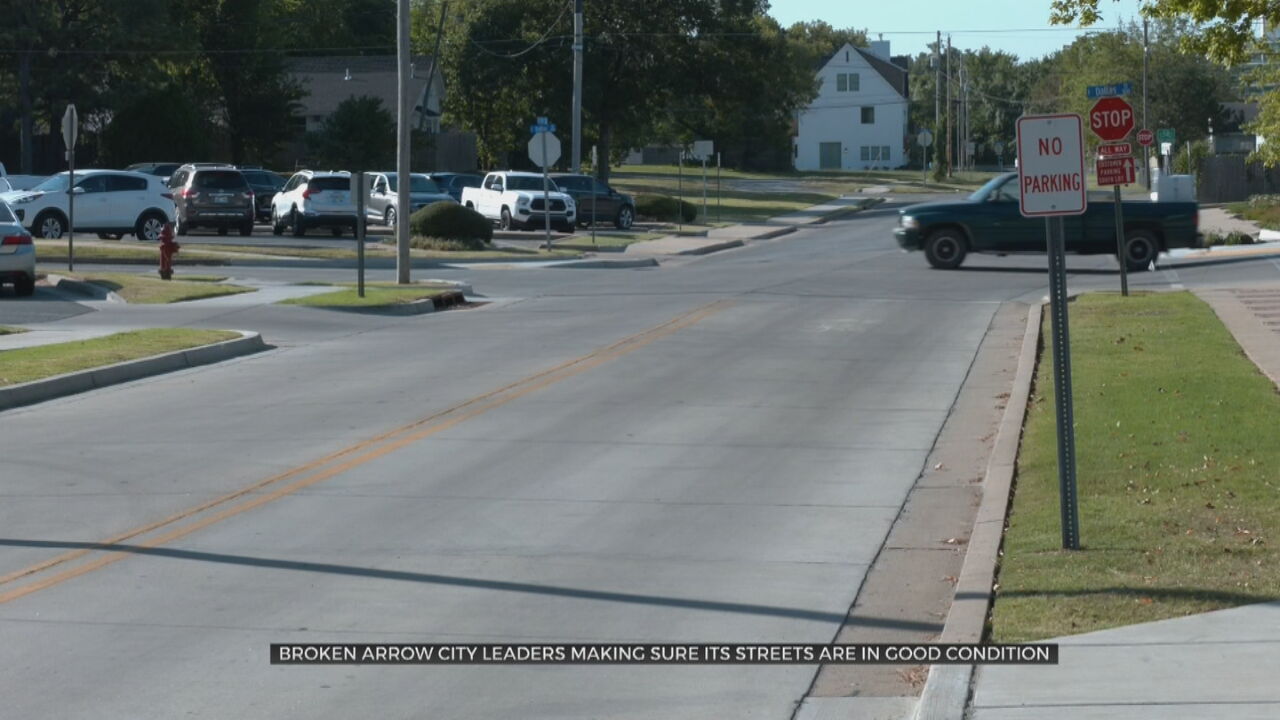 The City of Broken Arrow is working to make sure its streets stay in good shape. That is why the city hired a consultant to do an evaluation of approximately 1,250 miles of roadway through the city.

This idea started back in 2016 when Broken Arrow brought in a consultant to first take a look at its roadways. Through what's called the "pavement condition index," the city receives a score on its roads based on a road's current condition and relative remaining life. That score gives the city an idea of where it stands and what the next steps will be.

"Here in the last month, our city council approved the award for the consultant to re-analyze our streets. Once they produce that report, that’ll give us a tool that we need to start identifying some of those trouble areas and areas that need maintenance and what type of methods we can use," Rocky Henkel, Broken Arrow's Street and Storm Water Director said.

The city currently has a pavement condition index score of 70, which borders on good to 'very good, according to Henkel.

This project looks at the condition of roads. It's not necessarily something that recommends making changes to roads in order to improve traffic flow, such as placing a speed bump on a residential road, that falls under the traffic calming program.

"The traffic calming program is a tool that we use to identify people that are speeding in certain residential neighborhoods in order slow traffic down. So that is completely separate from the pavement management report," Henkel said.

Henkel also said that it is recommended that roadways get re-analyzed every five to six years, meaning that Broken Arrow could bring a consultant back out to look at its roadways again in 2027.

-This story was written by News On 6 Multimedia Journalist Jonathan Polasek.