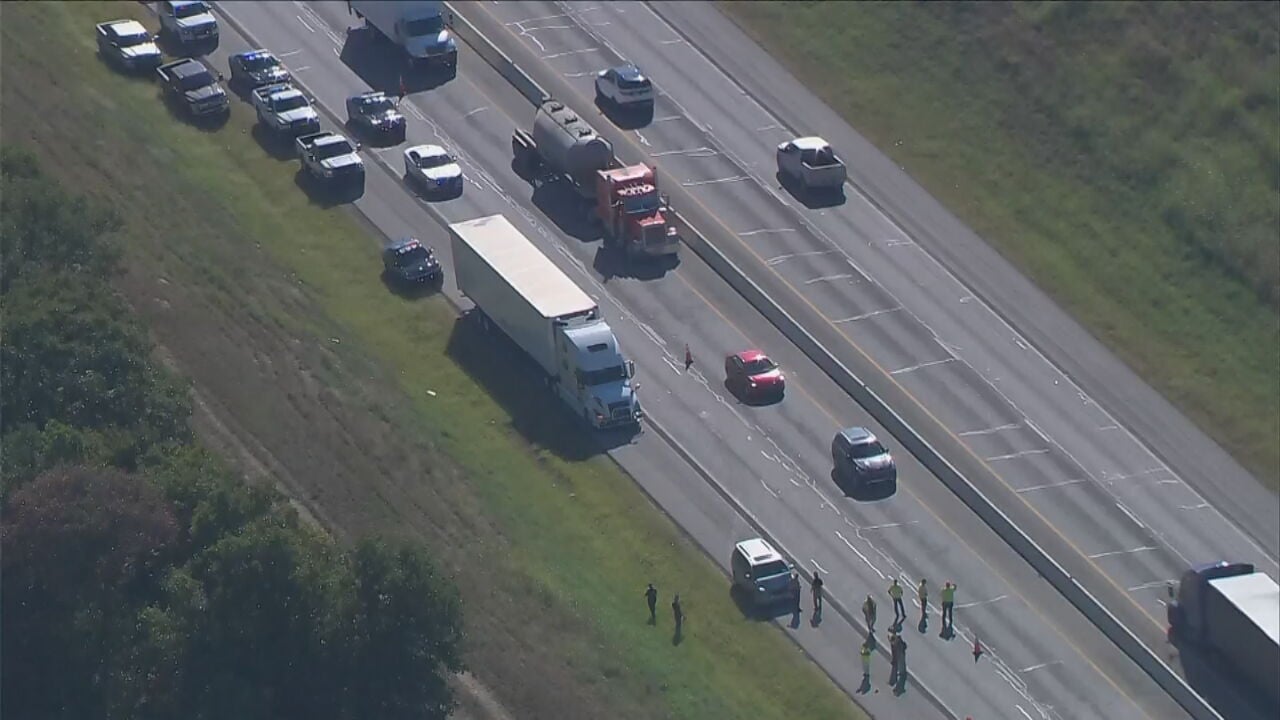 One person is dead after being hit on foot by a semi on the Turner Turnpike Thursday afternoon, Oklahoma Highway Patrol said.

A semi truck driver was pulled over on the side of the road and walking when he was by another semi, OHP said.

The truck driver who hit the man tried to drive away but was stopped at the Mayes County line, OHP said.

Eastbound traffic was narrowed down to one lane near mile marker 199, east of Bristow.

The Turnpike Authority said the turnpike is back open after the crash.