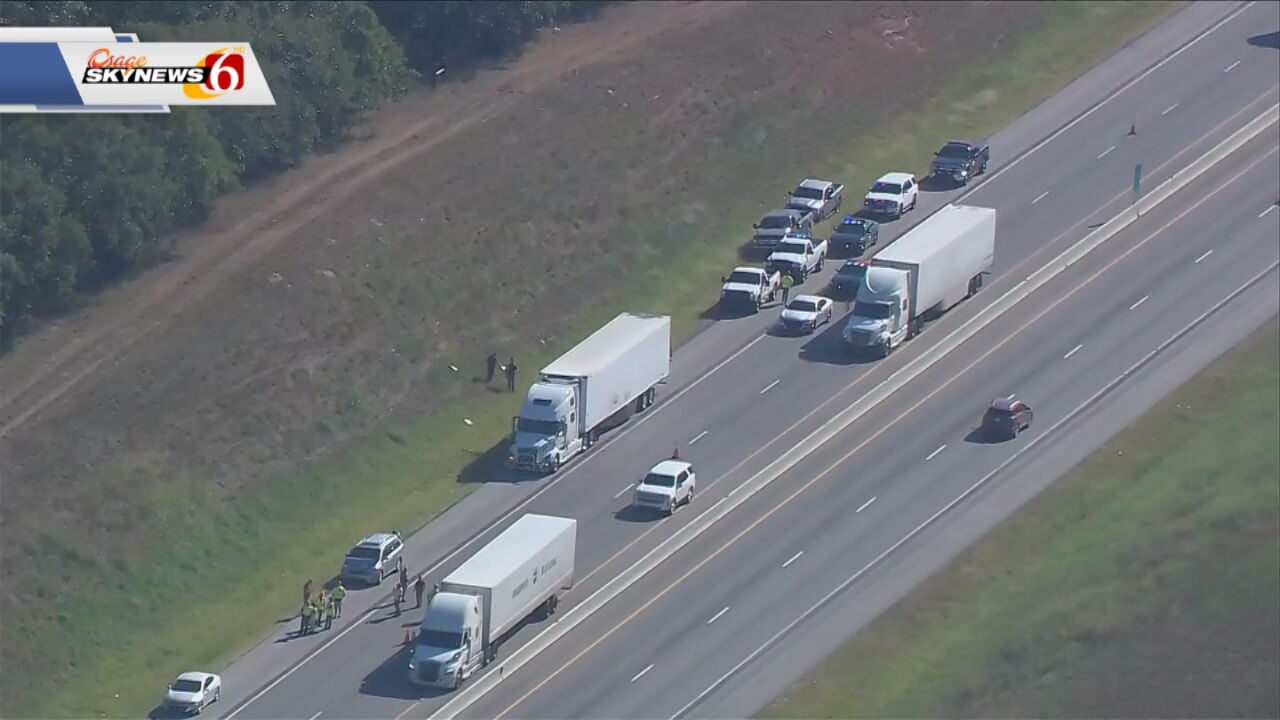 A semi truck driver is in custody, after he ran over someone on the Turner Turnpike, then kept driving, according to OHP.

A trucker had parked his semi on the shoulder and gotten out, when the other semi hit and killed him, troopers said.

Two more cars also wrecked due to the incident, but no one else was hurt, troopers said.

Troopers said they stopped the driver who left the scene 64-miles away at the Mayes County line.