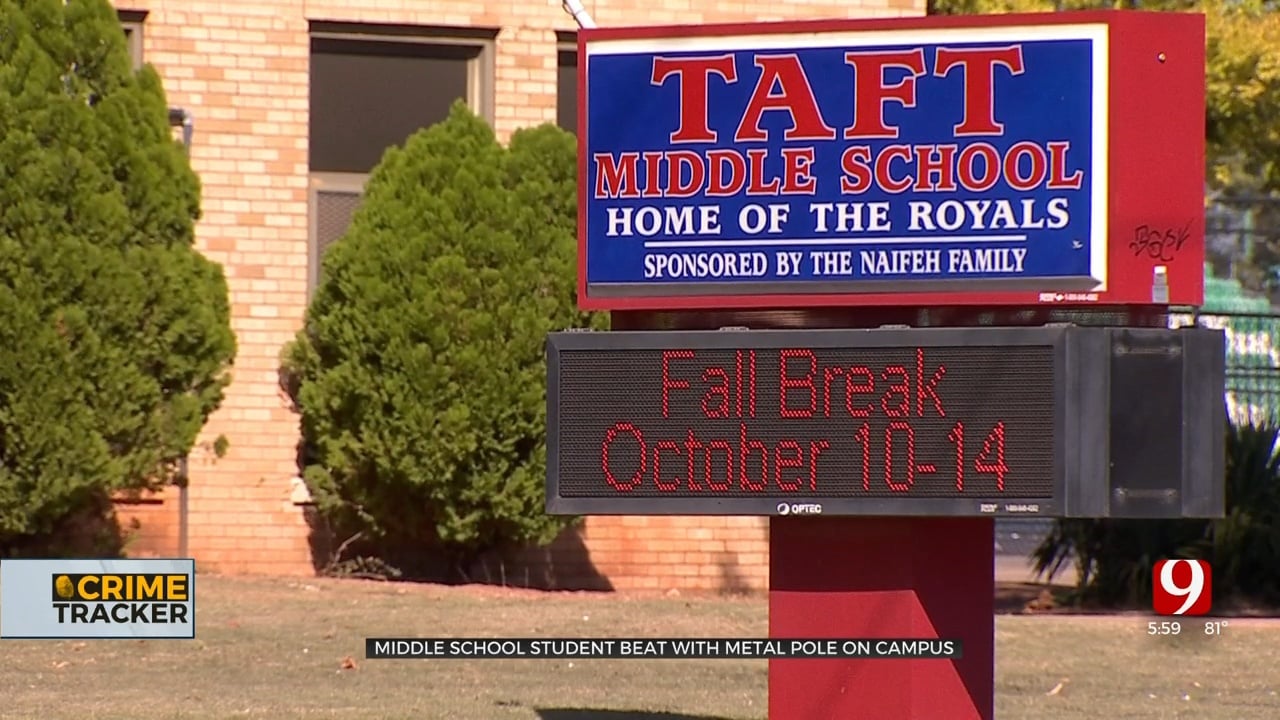 An Oklahoma City middle school student hit over the head by another student on Tuesday was caught on camera. The suspect's parent was allegedly standing by watching the violent attack that is now under investigation by Oklahoma City police.

Oklahoma City Public School district officials confirmed on Friday the attack happened at Taft Middle School. Officials said in a statement to News 9 that the involved students left football practice and later returned to campus when the confrontation turned violent.

The 13-year-old victim's family reported the incident to a school resource officer the following day.

“I’m very concerned about the safety of him attending this school,” said a relative of the victim.

The victim's relatives did not think the assault would lead to both teenagers being punished by the school.

“My thing is justice, OK?” said a relative. “He got suspended for 45 days and he got staples in his head.”

District officials cannot comment about specifics of the students' punishments but stated in the statement, "per district policy, the students involved were disciplined in accordance with the OKCPS Student Code of Conduct."

Police said the accused teen was cited for assault and battery, but the case does not stop there.

“It will be looked at by our assault investigators,” said Quirk.

Investigators have the phone video and learned the suspect's mother was allegedly present during the attack.

“I seen the video, she’s out there with all these kids,” said the relative. “How can a parent come to school and allow your child to do that? Instead of breaking it up and telling them no we’re not going to do this. You participated.”

The case will be turned over to the Oklahoma County District Attorney’s Office for review and official charges.