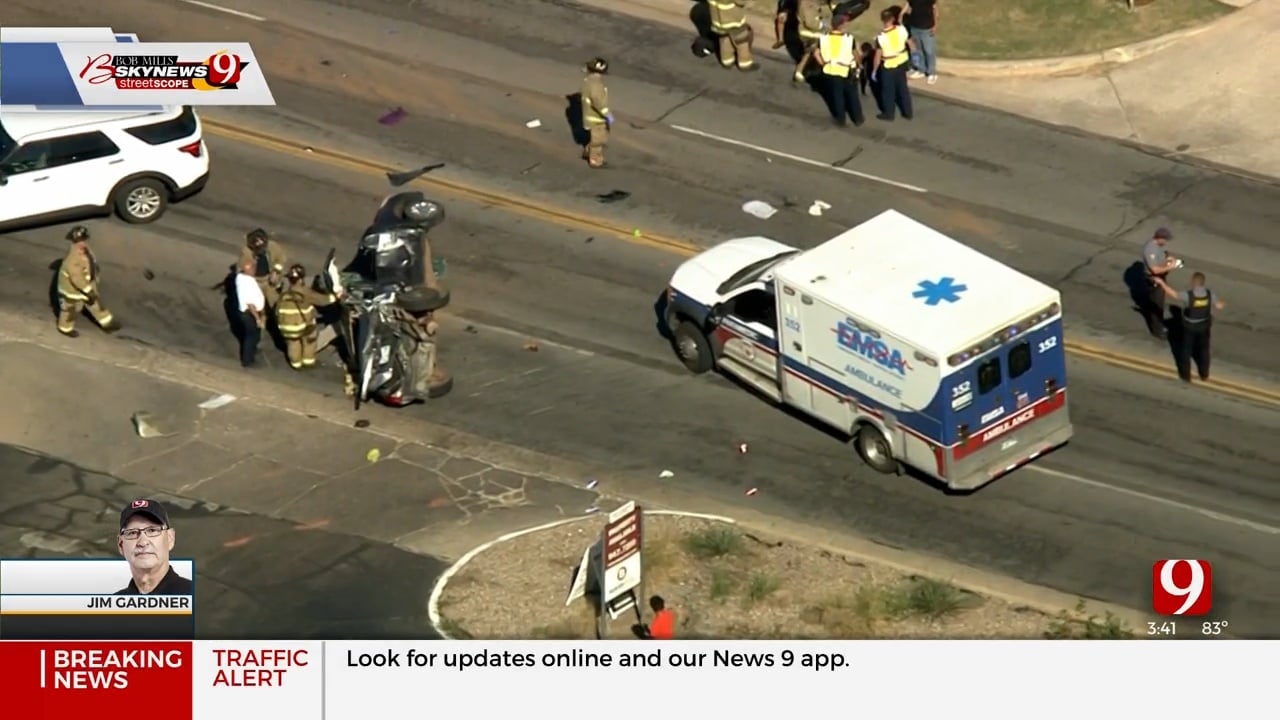 The Oklahoma City Fire Department responded to a serious crash on the city’s northwest side.

The crash happened near the intersection of Northwest 16th Street and North Meridian Avenue.

When authorities arrived on scene, they said one of the three vehicles in the crash was on its side.

Firefighters extracted at least one person from the vehicle. The extent of the person's injuries is not yet known.

Down the road from the three-vehicle crash, police said another person was struck in a nearby ditch. That person is being treated for their injuries.

North Meridian Avenue between Northwest 13th and Northwest 16th Streets are closed in both directions at this time.