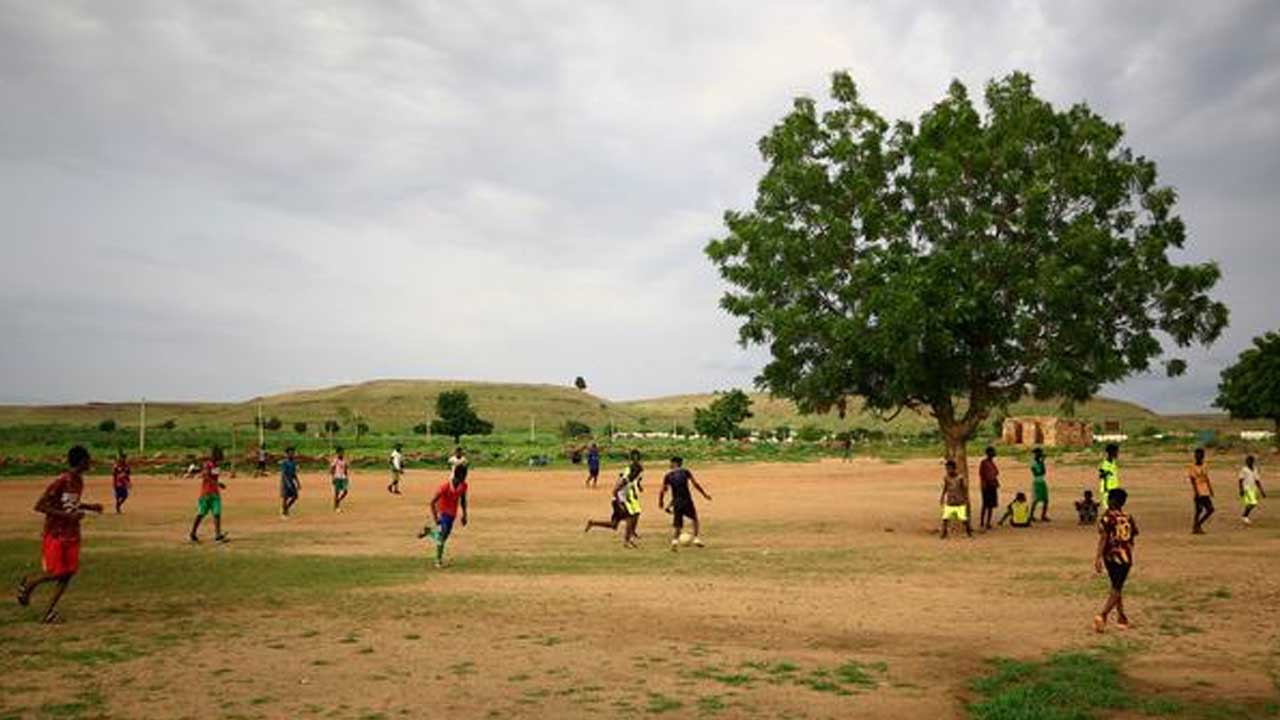 The U.S. allowed more than 25,000 refugees into the country in fiscal year 2022, using only 20% of 125,000 refugee spots allocated by the Biden administration, which continued to struggle to rebuild a resettlement system gutted by Trump-era limits and the COVID-19 pandemic, a top State Department official told CBS News.

Deputy Assistant State Department Secretary Sarah Cross said in an interview with CBS News that in fiscal year 2022, which ended on Sept. 30, the U.S. received approximately 25,400 refugees under the Refugee Admissions Program, which resettles the most vulnerable immigrants displaced by war and violence across the globe. Cross noted the number is a preliminary figure that could be updated.

While the annual refugee ceiling is an aspirational target that does not require the U.S. to receive a minimum number of refugees, the Biden administration's move to dramatically increase the cap symbolized a seismic departure from former President Donald Trump's decision to slash refugee spots to record lows.

But during the two fiscal years since President Joe Biden took office, the U.S. has failed to come close to reaching the refugee ceiling, leaving tens of thousands of spots unused. In fiscal year 2021, when Mr. Biden allocated 62,500 refugee spots, the U.S. resettled 11,411 refugees, the lowest tally in the refugee program's history.

Last week, Mr. Biden authorized a 125,000-spot refugee ceiling for fiscal year 2023, an objective immigration policy experts said will again prove to be a difficult, if not improbable, task for federal officials to accomplish.

"We are going to do everything in our power to welcome as many refugees as we can this year, recognizing that 125,000 remains a very ambitious target and it will take some time to get there," said Cross, who serves in the State Department's Bureau of Population, Refugees and Migration. "But we are very optimistic that we're going to reach much higher levels than this year."

Over the past year, Cross said, the Biden administration has deployed roughly 600 additional personnel at U.S. refugee process centers overseas; increased the number of local domestic resettlement offices from 199 to 270; and taken steps to expedite the processing of refugees.

The reasons behind the low refugee admissions in recent years vary, but one catalyst is the decimation of the resettlement program under Mr. Trump, whose policies led the non-governmental organizations that assist refugees integrate into American communities to close local offices and lay off staff.

Under Mr. Trump, who argued that refugees posed a national security, economic and cultural threat to the country, the U.S. set record low refugee caps; severely limited who qualified for resettlement; and attempted to allow states to veto the placement of refugees in their communities.

The COVID-19 public health emergency also hindered U.S. refugee processing, leading to a months-long suspension of the program in 2020 and a more than one-year pause in in-person interviews of refugee applicants that was only lifted by Mr. Biden's administration in the summer of 2021.

However, the refugee admissions tally does not fully represent the number of immigrants received by the U.S. on humanitarian grounds under Mr. Biden, including the hundreds of thousands of migrants who U.S. border officials have allowed to seek asylum, which is only available to those already on American soil.

The tally also does not include the nearly 90,000 Afghan evacuees and 62,000 displaced Ukrainians who the Biden administration has allowed to enter the U.S. over the past year under humanitarian parole, a temporary legal classification that, unlike refugee status, does not provide a pathway to U.S. citizenship.

Still, the low refugee admissions have alarmed advocates, who have called on the U.S. to speed up refugee processing, citing an unprecedented displacement crisis across the globe exacerbated by the war in Ukraine, the exodus of millions of Venezuelans, ethnic strife in Africa and the persecution of Myanmar's Rohingyas.

Indeed, the contraction of the U.S. refugee program over the past five years, during which admissions have fallen sharply below the 50,000 21st century average, has come as the number of people displaced globally by war, violence and human rights abuses has surpassed 100 million, the highest tally in recorded history.

For Chantal Nabageni, a Congolese refugee living in East Moline, Illinois, the ongoing struggle to reinvigorate the U.S. refugee program is personal. She has been waiting for husband to come to the U.S. through the refugee process for nearly four years.­

When she was a little girl, Nabageni left the Congo with her mother and siblings to escape attacks against their Banyamulenge community, a minority group that has been persecuted for decades, including through mass killings. The ethnic violence, Nabageni said, claimed the lives of some of her relatives, including her grandfather.

Nabageni and her family settled in Burundi, where they lived as refugees for 13 years. In Burundi, she met her and married her husband, James Nzungu. In 2018, the U.S. agreed to resettle Nabageni, her parents and her siblings. But because Nabageni married Nzungu before her refugee case began; he was not able to come to the U.S. On Feb. 8, 2019, Nabageni petitioned for him to join her as the spouse of a refugee.

"I came here legally, with papers. I'm married legally. I even have money to support my husband. I can pay his ticket to come here. I'm working full-time. I can support him while he doesn't have a job. I don't understand why the process takes so long," Nabageni said.

The couple's three-year-old daughter, who was born after Nabageni's arrival in the U.S., often reminds her mother she misses her father. Nzungu's absence, Nabageni said, has also been emotionally draining. She said it's been difficult raising her daughter alone, while studying and working full-time to provide for her baby and elderly parents.

"It's a lot," said Nabageni, who helps other refugees as a caseworker for World Relief, a resettlement group. "It's stressful. Sometimes, I just feel like I'm tired. I don't know if I can do it. But good thing we pray every day."

While the Biden administration has struggled to increase refugee admissions in significant numbers, there are signs that officials are gradually ramping up processing of pending refugee cases, which typically take years to complete because of referrals­­, interviews, security checks, medical exams and other bureaucratic steps.

Cross, the State Department official, said the administration is planning to launch a sponsorship program later this year that will allow private U.S. citizens to sponsor the resettlement of refugees. Citing the hundreds of Afghans and tens of thousands of Ukrainians who have been sponsored by private U.S. citizens under policies enacted over the past year, Cross said the broader sponsorship program has considerable potential.

"We've just really been tremendously impressed and excited by the interest and are looking to really harness it as we launch this new program," she said.

Citing "the historic numbers of displacement" across the world, Cross said the Biden administration is also working to convince other countries to resettle larger numbers of refugees.

"The U.S. has been a historical leader in refugee resettlement and a leader globally on humanitarian response," Cross added. "But we know it's not going to be enough to solve the global problem, and the crisis is more than one country alone can respond to."