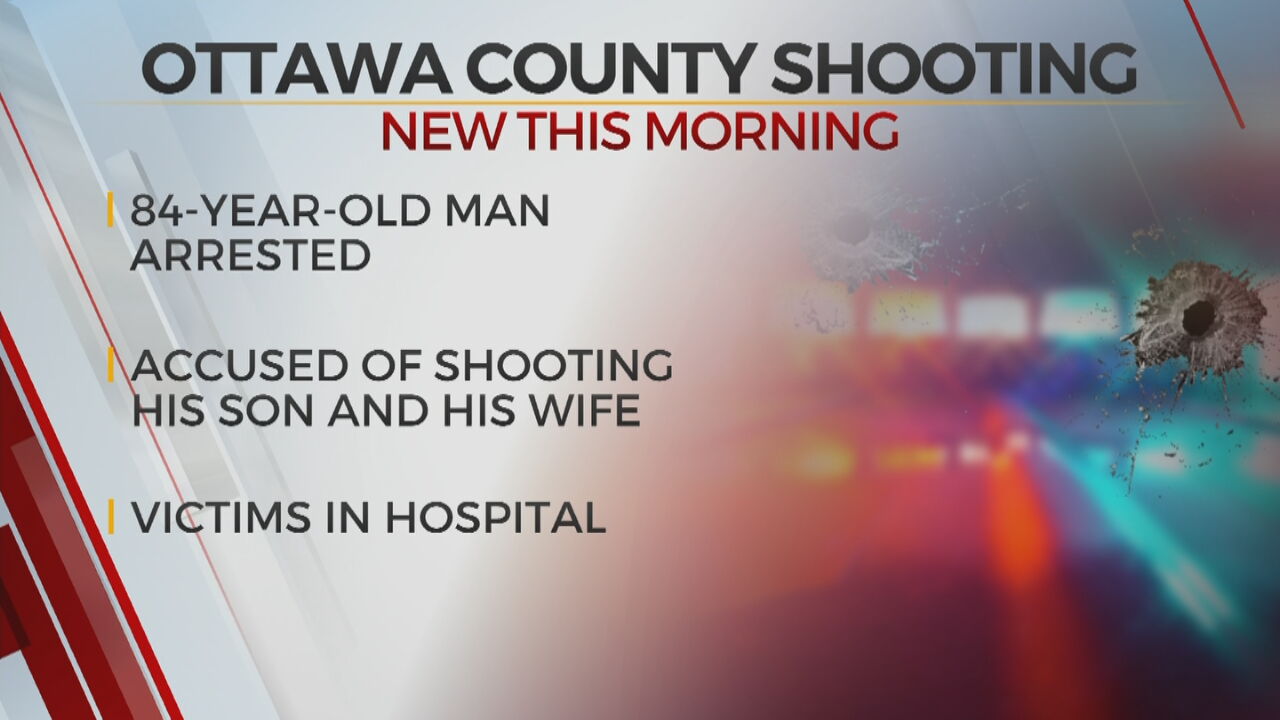 An investigation is underway after a shooting in Ottawa County on Tuesday night.

Detectives from the Ottawa County Sheriff's Office arrested an 84-year-old man accused of shooting his son twice and then shooting his wife.

According to detectives, the wife said that her husband suffers from dementia.

Both victims were taken to the hospital to be treated for injuries.

Authorities have not yet released the names of anyone involved in the shooting.