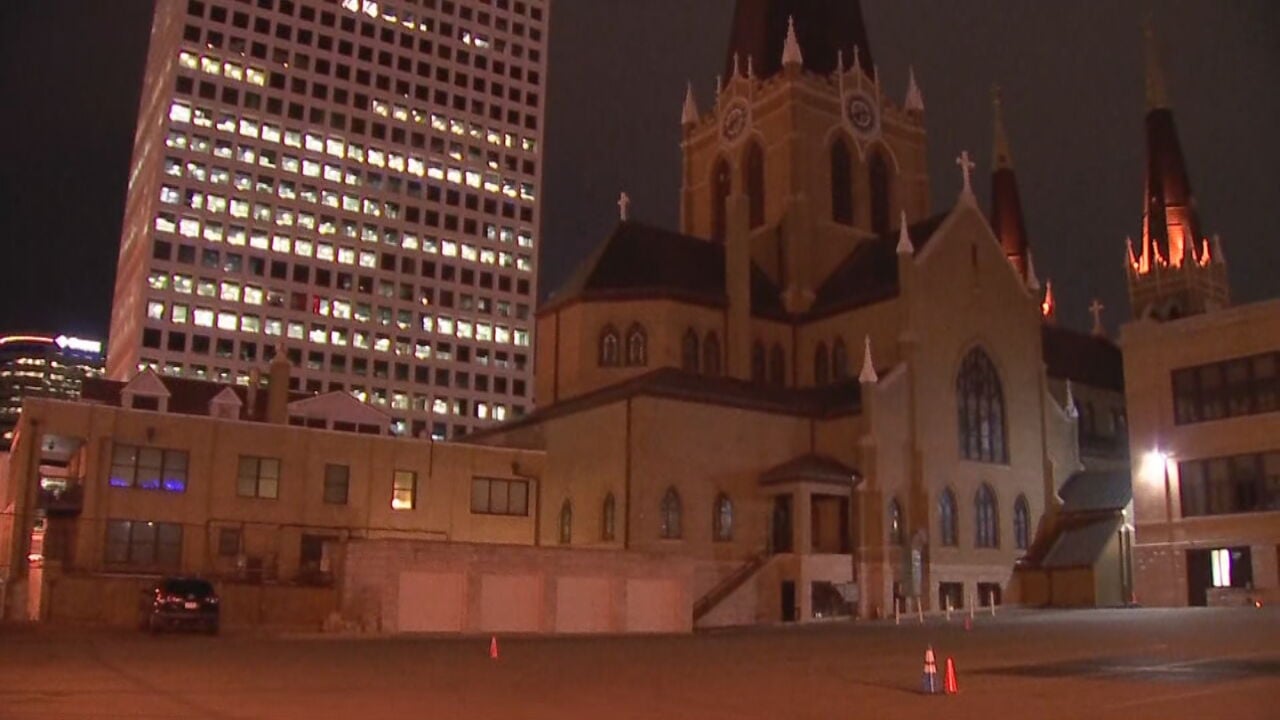 Tulsa Police have identified a man accused of stabbing a school employee with a sword on Wednesday afternoon.

Tulsa Police say Daniel Edwards was arrested after pulling out a sword and slashing the hands of a school employee who confronted him.

Police say Edwards also threw what is believed to be two Molotov cocktails at the Holy Family Cathedral Church in downtown Tulsa.

Tulsa police are investigating after a man with a long bladed weapon attacked an employee of the Holy Family School in downtown Tulsa.

According to police, the stabbing happened around 4 p.m. on Wednesday.

When police arrived, they found the employee with severe blade injuries to their hands. The wounds were not life threatening.

TPD tells News On 6, an individual approached the school with the sword like weapon. The employee went to confront the man when he was cut.

The suspect was also carrying a Molotov cocktail and threw it against the church as he fled.

Police currently have a person of interest.