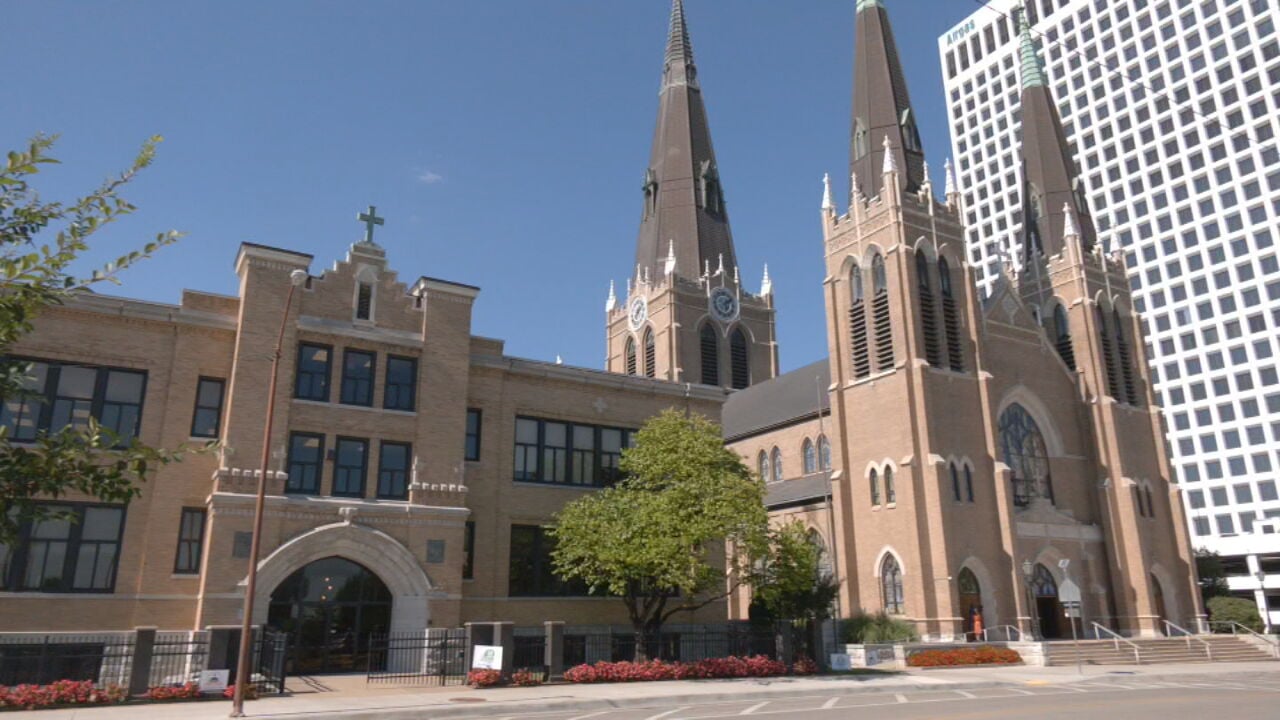 The leaders of Tulsa’s Holy Family Cathedral are thanking its teachers for getting students to safety when a man stabbed an employee and tried to set the church on fire. Federal prosecutors have now charged the suspect for having a Molotov cocktail.

Police said kids were on the front steps of the church when Daniel Edwards showed up on Wednesday afternoon. He was armed with a sword and an ice chest with two Molotov cocktails, police said.

Investigators said Edwards stabbed an employee with the sword and threw the Molotov cocktails at the church.

Edwards left the church by the time they arrived, officer said. About an hour later, Tulsa Police were called to a grocery store near 71st and Sheridan for a bomb threat made by Edwards.

“They did use a taser on him,” said Officer Danny Bean, Tulsa Police. “We were able to get him into custody and they were able to put it together it was the same subject as the Molotov cocktail.”

The ATF is taking over the investigation since Edwards targeted a church first.

Records show Edwards has previous convictions dating back to 1995 for assault, running from police and burglary.

Agents said the staff at Holy Family did all the right things and acted quickly.

“Teachers did an excellent job corralling the children who were outside and getting them to a safe place,” said Ashley Stephens, ATF. “We’re eventually going to get to the bottom of his motive but right now it’s under investigation.”

Members of the clergy said they have been checking in on students and their families. Classes were canceled Thursday and will be out again on Friday.

The clergy said the employee who was stabbed is expected to make a full recovery.