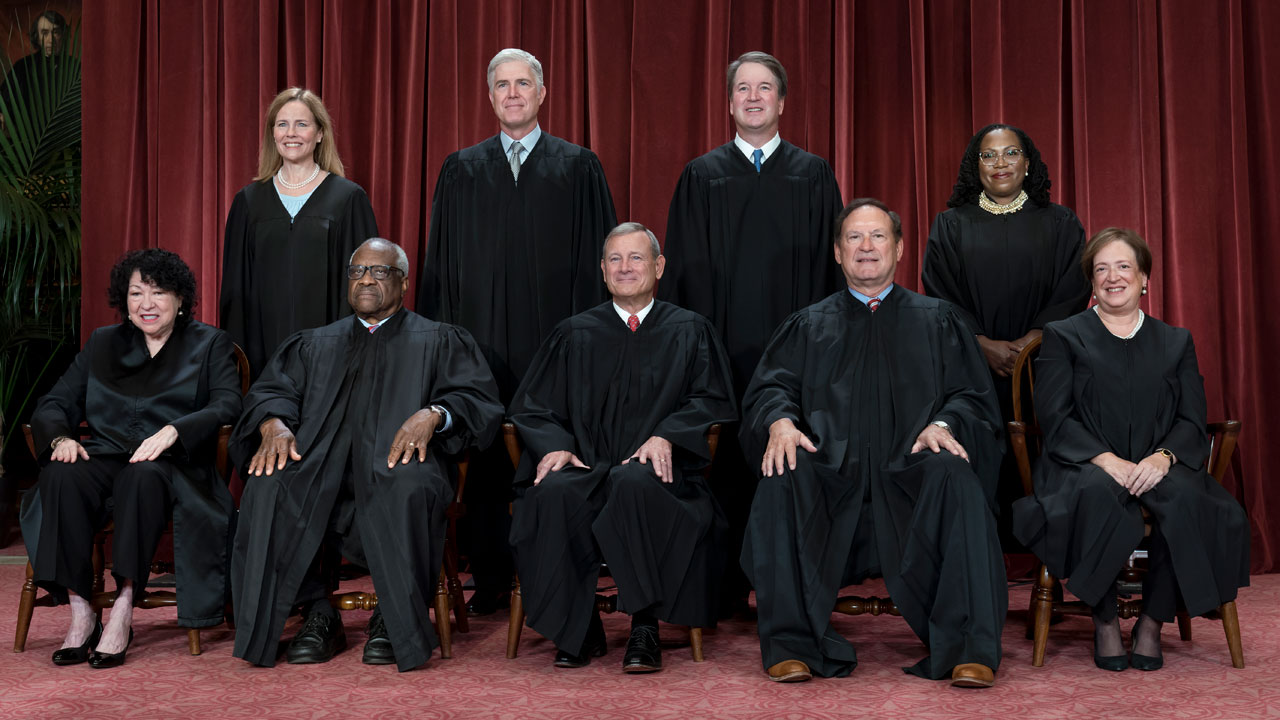 The group photo of the Supreme Court’s nine members is a long-standing ritual. But it has never looked quite like the one taken on Friday.

The new image includes Justice Ketanji Brown Jackson, the first Black female justice, who joined the court in June. With her addition, the court marks a number of firsts. It’s the first time white men don’t hold a majority on the court and the first time four women have served together. It’s also the first time the court has had two Black justices.

Jackson participated in her first arguments this week because the justices began their summer break when she joined the court.

Friday’s formal photo captured by news photographers is sometimes called the group’s “class photo.” In it, the justices are positioned in front of a red curtain, similar to their courtroom’s red drapes. Five of the justices are seated in their black robes with Chief Justice John Roberts in the center. The four remaining justices stand behind them. The justices sit in order of seniority with the longest-serving justice, Justice Clarence Thomas, sitting on Roberts’ right. Jackson is standing at the far right.