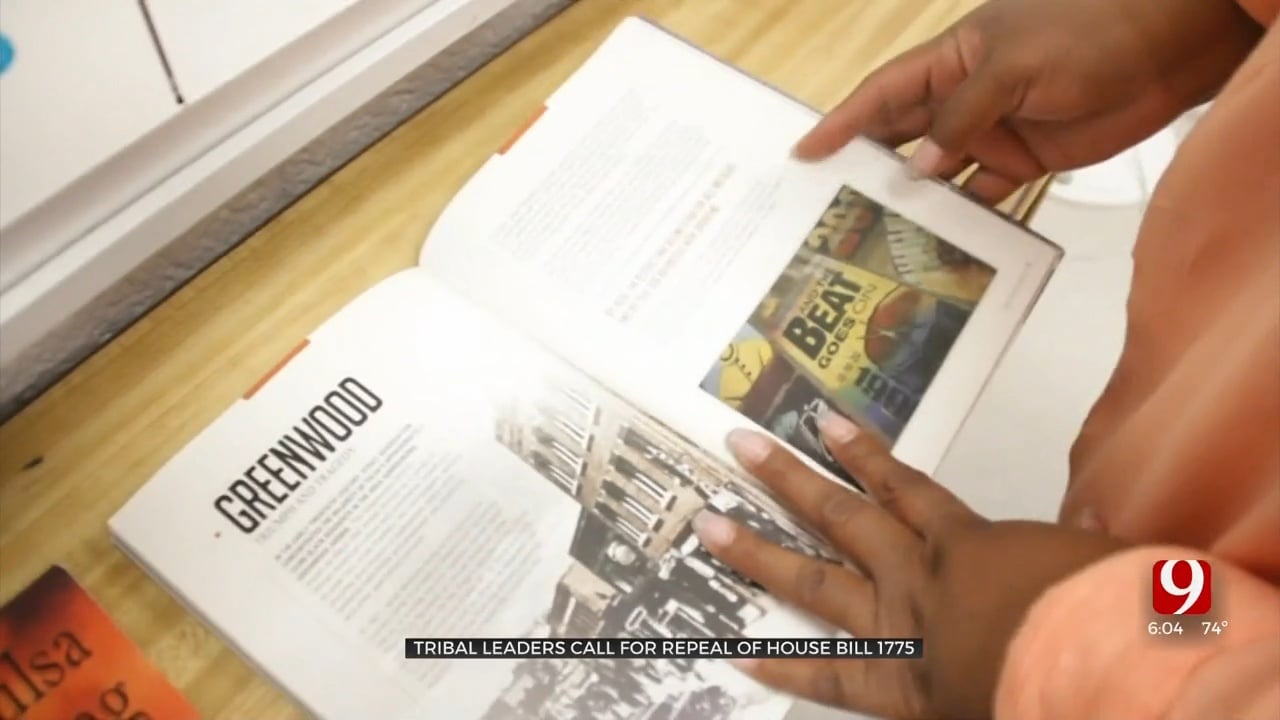 The Inter-Tribal Council signed a resolution Friday asking the Oklahoma legislature to repeal HB 1775, the bill that passed last year banning some curriculum in K-12 schools that teaches about race and gender.

The resolution comes after tribal leaders said they’re concerned about the unclear application of the law after the HB 1775 rules came into effect in the past year.

The resolution said in part: “Ignoring difficult pieces of history because they may cause some 'discomfort' is dangerous and does a disservice to students who should be taught history through documented facts and accurate portrayals of the time periods being studied.”

Cherokee Principal Chief Chuck Hoskin said the measure is a disservice to students.

“If we see that as a country, we have reason to regret some of our action, we can collectively decide to do better. But if you deny that history. if you whitewash native history for example, we’re not going to have a roadmap as to how to do better in the future,” Chief Hoskin said.

Tulsa Rep. Monroe Nichols said he will author a repeal bill for the 2023 legislative session.

“I’m very pleased that the tribes have come together to take this stand. This is a stand that a lot of us took when this issue came up in 2021,” Rep. Monroe said.

The measure came into emergency effect in 2021 – now resulting in changes to Tulsa and Mustang public schools accreditation status after complaints.

“Not only was this a bad law to start, but the implementation of it has been even worse than the law itself. That has impacted us on school accreditation, and it certainly has impacted us on teacher certification, and that’s a real scary thing for the state,” Rep. Monroe said.

The ACLU of Oklahoma is challenging the measure in court.

“What it does is create a chilling impact on educators across the state. They do not know what they are allowed to teach, what type of books they are allowed to keep in their classroom. We have seen teachers remove books such as Killers of the Flower Moon which teaches about indigenous history in our state,” said Cindy Nguyen, ACLU of Oklahoma Policy Director.

News 9 reached out to both House and Senate Republicans – the Senate declined to comment, and the House has not yet responded.