Illegal Border Crossings To US From Mexico Hit Annual High 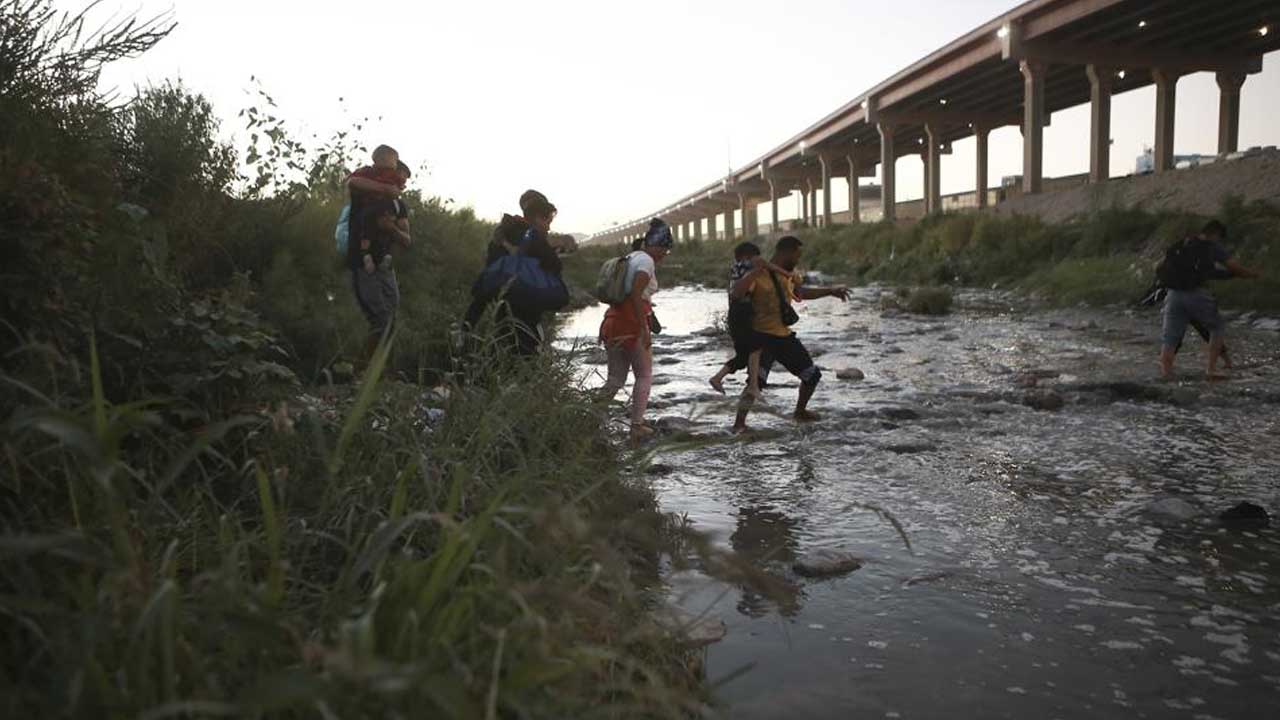 A surge in migration from Venezuela, Cuba and Nicaragua in September brought the number of illegal crossings to the highest level ever recorded in a fiscal year, according to U.S. Customs and Border Protection.

The year-end numbers reflect deteriorating economic and political conditions in some countries, the relative strength of the U.S. economy and uneven enforcement of Trump-era asylum restrictions.

In the fiscal year that ended Sept. 30, migrants were stopped 2.38 million times, up 37% from 1.73 million times the year before, according to figures released late Friday night. The annual total surpassed 2 million for the first time in August and is more than twice the highest level during Donald Trump’s presidency in 2019.

Nearly 78,000 migrants from Venezuela, Cuba and Nicaragua were stopped in September, compared to about 58,000 from Mexico and three countries of northern Central America that have historically accounted for most of the flow.

The remarkable geographic shift is at least partly a result of Title 42, a public health rule that suspends rights to see asylum under U.S. and international law on grounds of preventing the spread of COVID-19.

Due to strained diplomatic relations, the U.S. cannot expel migrants to Venezuela, Cuba or Nicaragua. As a result, they are largely released in the United States to pursue their immigration cases.

Title 42 authority has been applied 2.4 million times since it began in March 2020 but has fallen disproportionately on migrants from Mexico, Guatemala, Honduras and El Salvador.

U.S. officials say Venezuelan migration to the United States has plunged more than 85% since Oct. 12, when the U.S. began expelling Venezuelans to Mexico under Title 42. At the same time, the Biden administration pledged to admit up to 24,000 Venezuelans to the United States on humanitarian parole if they apply online with a financial sponsor and enter through an airport, similar to how tens of thousands of Ukrainians have come since Russia invaded their country.

The first four Venezuelans paroled into the United States arrived Saturday — two from Mexico, one from Guatemala, one from Peru — and hundreds more have been approved to fly, the Homeland Security Department said.

“While this early data is not reflected in the (September) report, it confirms what we’ve said all along: When there is a lawful and orderly way to enter the country, individuals will be less likely to put their lives in the hands of smugglers and try to cross the border unlawfully,” said CBP Commissioner Chris Magnus.

The expansion of Title 42 for Venezuelans to be expelled to Mexico came despite the administration’s attempt to end the public health authority in May, which was blocked by a federal judge.

Venezuelans represented the second-largest nationality at the border after Mexicans for the second straight month, being stopped 33,804 times in September, up 33% from 25,361 times in August.

Cubans, who are participating in the largest exodus from the Caribbean island to the United States since 1980, were stopped 26,178 times at the border in September, up 37% from 19,060 in August.

The report is the last monthly reading of migration flows before U.S. midterm elections, an issue that many Republicans have emphasized in campaigns to capture control of the House and Senate. Republicans on the House Homeland Security Committee released a one-sentence statement Saturday in response to the numbers: “You’ve got to be kidding.”

Illegal Border Crossings To US From Mexico Hit Annual High