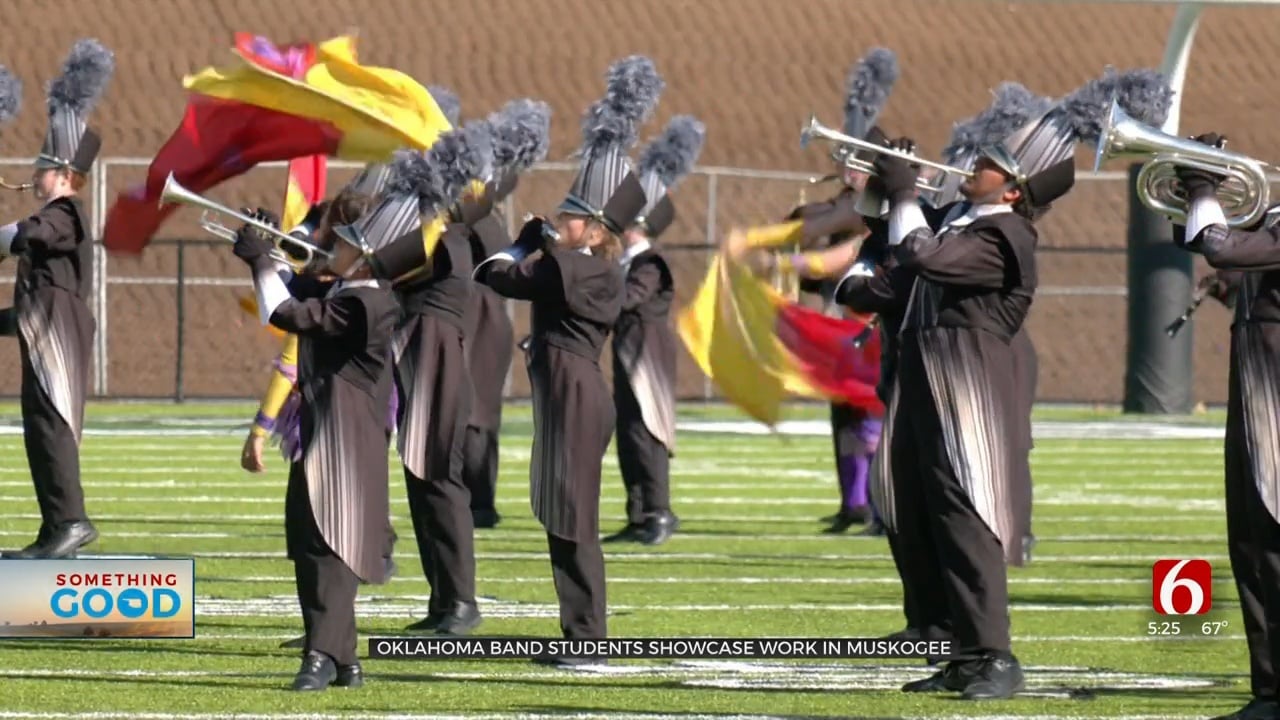 Nearly 2,000 high school band students from all over Oklahoma got the chance to showcase their hard work.

For the first time, the OSSAA East Regional Band contest was held in Muskogee at the new football stadium. Students from Lawton to Bartlesville to McAlester took part in the event.

Mike Sisco is the first-year band director for the Roughers.

“I can’t speak enough for what the music and for what marching band does for a community,” said Sisco.

Muskogee students said they were excited the contest was being held in their town.

“I think it’s really cool to be able to be noticed and be part of history,” said Alexis Love, a Muskogee junior on the color guard team.

Owasso Bands were among those participating in the contest. Director Chris Harris said a new venue can be a challenge, but it is exciting for his students.

“Anytime we go to a new place, the kids are always excited about that,” said Harris. “It’s kind of like being a rockstar on tour.”

Schools competed for individual rankings. Muskogee school leaders are hopeful the district will be considered as a host site for future contests.