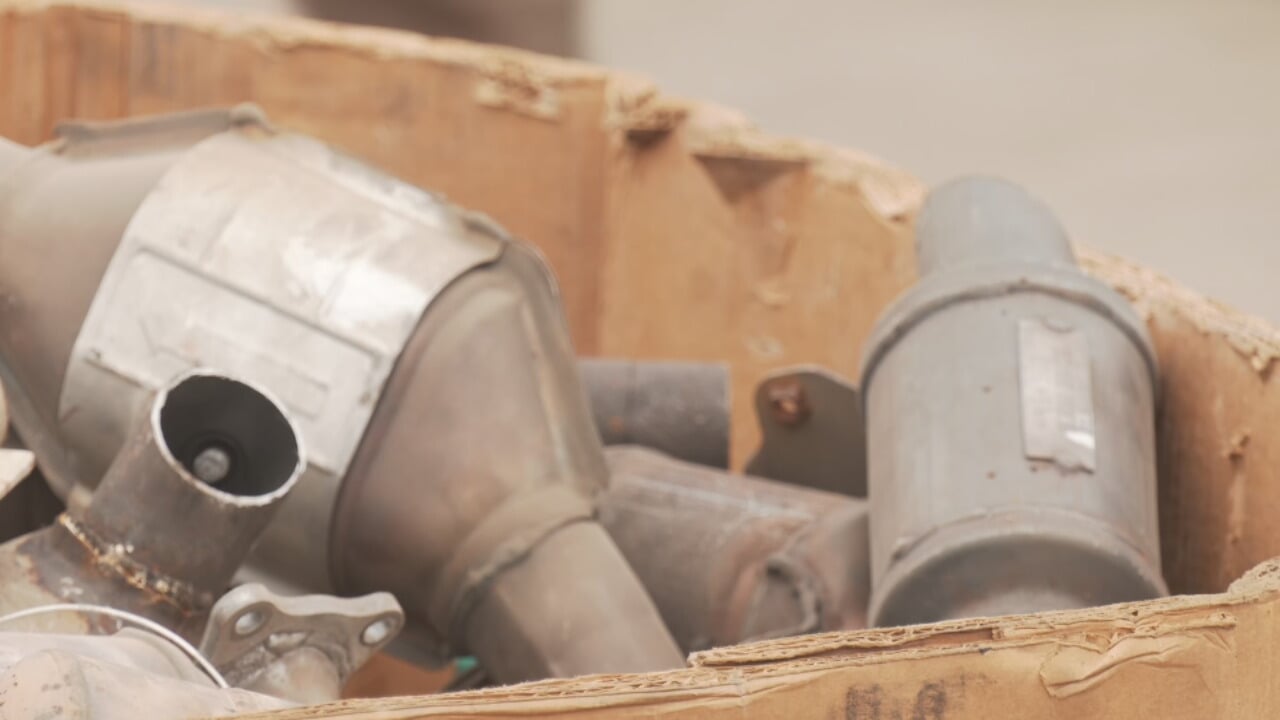 Federal agents said thousands of victims can feel a sense of justice after a huge catalytic converter theft ring was busted on Wednesday.

They said several of the main suspects were doing business in Green Country and making millions. Converter thefts have affected victims out hard-earned money, police officers working the cases, and even repair shops, trying to get people back on the road.

At American Discount Brake and Muffler, manager Nick Mancino stays busy, dealing with the aftermath of thieves constantly taking catalytic converters off vehicles. He said he used to see about six thefts a year before COVID.

Nick said these converters are a pain to replace and can be expensive, from several hundred to thousands of dollars.

"The amount of the repairs is sometimes more than the car is worth," he said.

Thieves take them because of the precious metals inside.

“This is literally more valuable than a gold bar once it's refined," he said.

“I turned it on, it was loud as could be," said victim Ben Harvey. "It sounds like a drag-strip car.”

Ben Harvey drove up Thursday in the bus he bought to take high school athletes to church each week. Someone stole the converters and it’ll cost him at least $750 dollars.

”It made it tough; it makes it tough, but I still took 20 kids to church last night," he said.

They said that operation alone dealt in more than $13 million worth of converters and he was just one person in several states accused of doing the same thing.

“Finally, finally, it's about time something like that could happen," said Mancino.