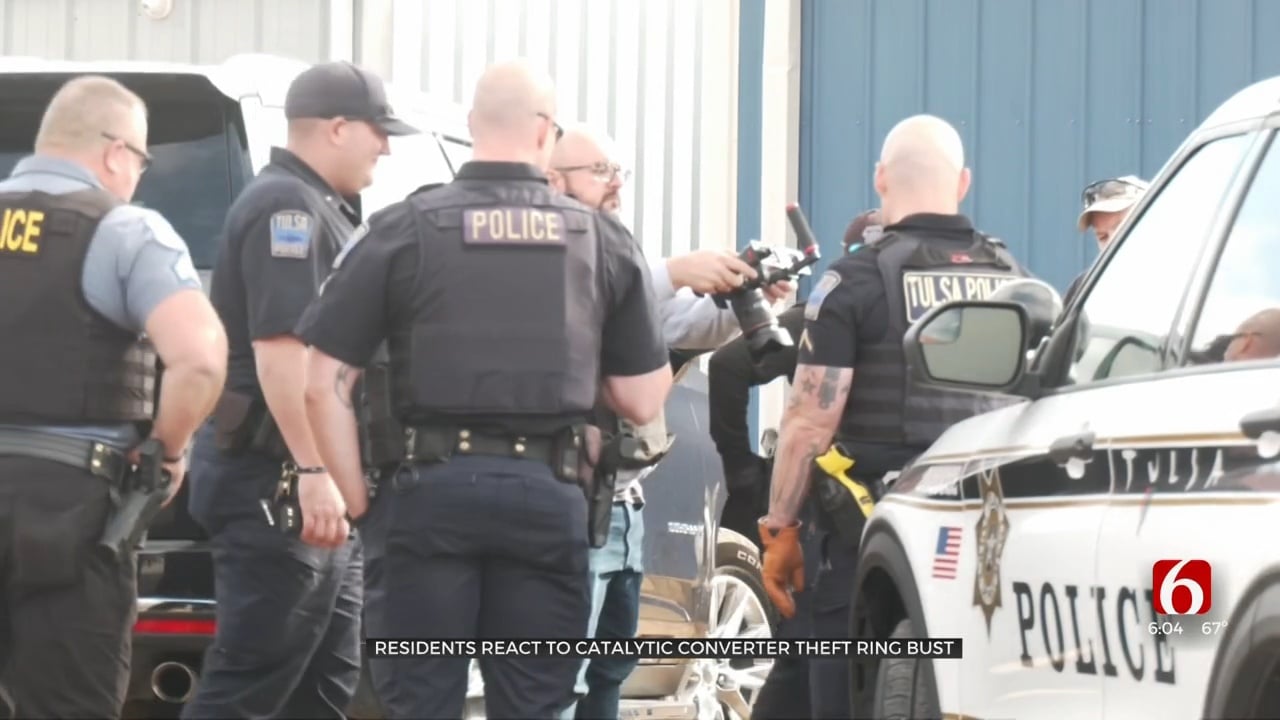 Thirteen Oklahomans are in jail after Homeland Security agents broke up a large catalytic converter theft ring near Coweta.

Homeland Security said this was one of several busts in nine states, as they dismantle a national catalytic converter theft ring.

A business owner across the street from the scene said he always suspected something illegal was going on where the bust happened Wednesday.

“For small town country boys like this, this is pretty big time city,” Meats n More Owner Darrin Beard said. “I mean this is more police officers than our town, our whole county has. It’s remarkable.”

Beard said one of his employees at the Meats n More called him this morning to describe what he was seeing.

“He said, ‘I don’t think we’re going to work today.’ I said, ‘Why?’ And he said, ‘There are police officers, M16s, multi task forces and everyone has arrived next door,’” Beard said.

When he showed up, he was not surprised with what was unfolding in front of him, his family and employees.

Beard and his wife have owned the meat market since May. He described some of the activity he has seen across the parking lot.

The activity on Wednesday involved loading up enough catalytic converters and other car parts to fill three semis, with a heavy presence from law enforcement including several local agencies, and Homeland Security agents.

“We all knew it was coming. I sit, and we look out the front of our business and we see things going on over there that all of the family has talked about is, it can’t be, it can’t be legal,” Beard said.

Beard said he did not interact much with the people next door; he just tried to keep to himself.

A new law cracking down on catalytic converter thefts just went into effect Tuesday in Oklahoma. The punishment can be a $5,000 fine or five years in prison.