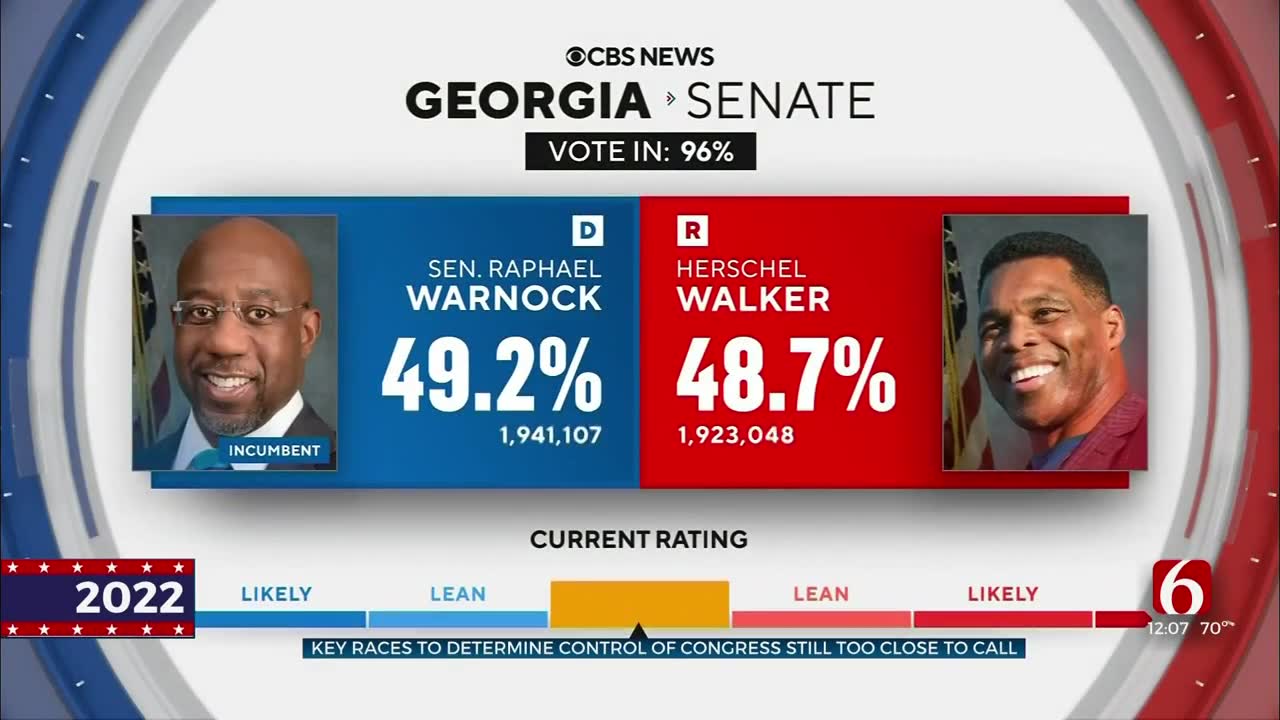 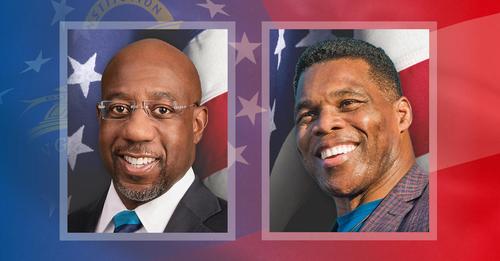 Georgia's incumbent Democratic Sen. Raphael Warnock, who was first elected in a special election 2020, appears likely to face a runoff next month against Republican Herschel Walker in one of the most closely-watched battles of the 2022 midterms. CBS News estimates the Georgia Senate race as a toss-up, and a top state election official says he expects it to go to a runoff.

There is a third-party candidate in the race, and if no candidate wins at least 50%, the runoff would be held Dec. 6.

As is the case in many states, the economy has been the top issue for voters in Georgia, according to a recent poll by the University of Georgia.

In October, Walker's campaign was rocked by allegations that he paid for at least one woman to have an abortion. Walker has denied the allegations, and national Republicans have stuck by him.

Georgia was one of the closest races in the 2020 election, with President Joe Biden winning the state by around 10,000 votes. Both of its Senate races went to runoff elections that year, with Warnock defeating Republican Kelly Loeffler. In the other race, Democrat Jon Ossoff defeated David Perdue, who had been leading going into the runoff.

This year's race is another crucial one for both parties as they vie for control of the Senate.

Early voting shattered records, with more than 2.5 Georgia residents voting ahead of Election Day, according to the secretary of state's office.