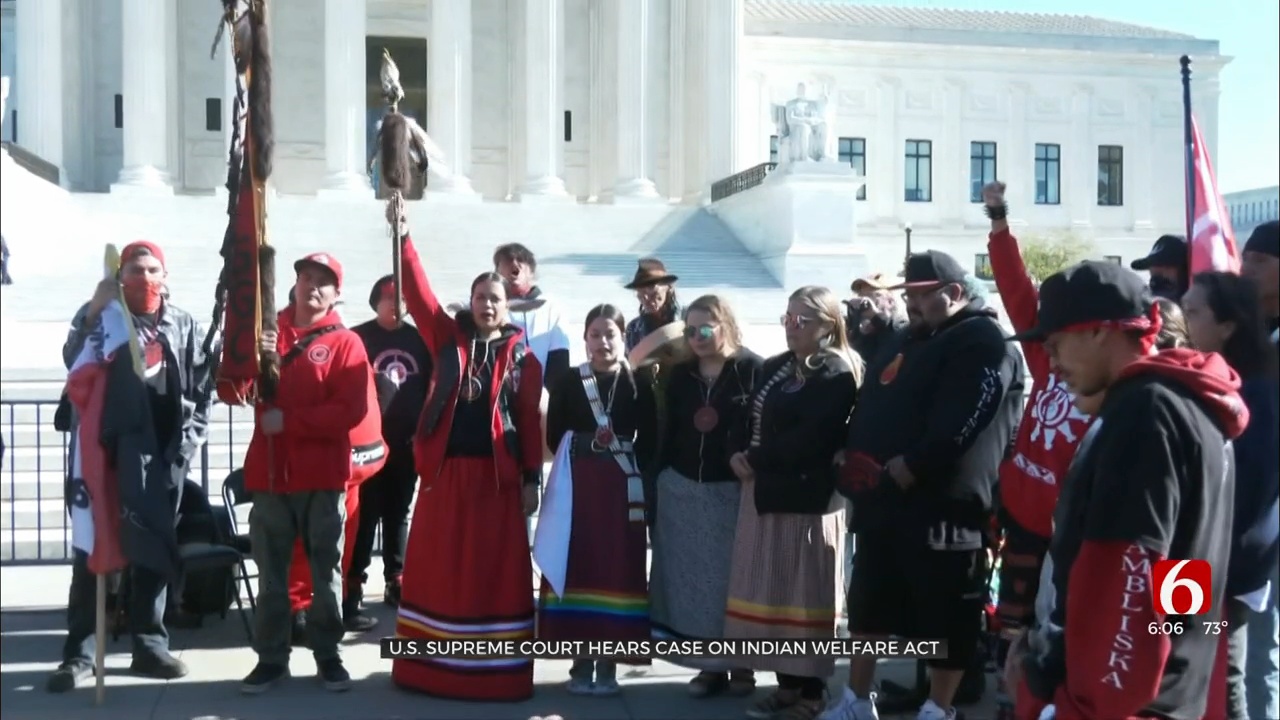 Native Americans from Oklahoma and across the country turned their attention from the midterm elections to the Supreme Court Wednesday as it heard arguments in a case that could impact the welfare of Native children and Tribal sovereignty in general.

The case before the Court, Haaland v. Brackeen, will determine the constitutionality of ICWA, the Indian Child Welfare Act, and Oklahoma tribal leaders said the ruling will be critically important.

In fact, hundreds of Native Americans and other supporters of ICWA from across the country felt strongly enough to be on the courthouse steps today to explain why the 1978 law is necessary.

“I often hear from kids that they just don’t feel like they fit in," said Angela Connor, the Director of Foster Care and Adoption for the Choctaw Nation.

Connor said the priority ICWA gives to placing Native children with Native families helps keep Native communities whole and gives the child a sense of belonging to that community.

“And if you’re adopted out to a non-Native family,” Connor said in an interview Wednesday, “you’re lost oftentimes to the community, as well as to your family.”

But petitioners argued today ICWA not only went beyond Congress's authority to govern Indian affairs, but violates the Constitution’s guarantee of equal protection, which bars discrimination based on race.

“If we are reduced to a racial classification, we’ve really eroded so much of Indian law in this country that it would be difficult to repair,” said Chuck Hoskin, Jr., Principal Chief of the Cherokee Nation.

With the Cherokee Nation being party to the case, Hoskin was there for what turned into more than three hours of arguments.

"Anyone who sat through the proceedings that I sat through today,” said Hoskin in an interview afterward, “knows that the Justices got a full analysis of the law and the relevant facts, and I believe they’ll come down on the side of finding ICWA constitutional."

For Angela Connor, it's important enough to pray for.

“Well, the Choctaw Nation believes in faith, family, and culture,” said Connor, “and that’s what we’re all about. Si, there are people here today standing on their faith, and we just believe that the Lord is going to hear our prayer and ICWA is going to be upheld and our children are going to be protected.”