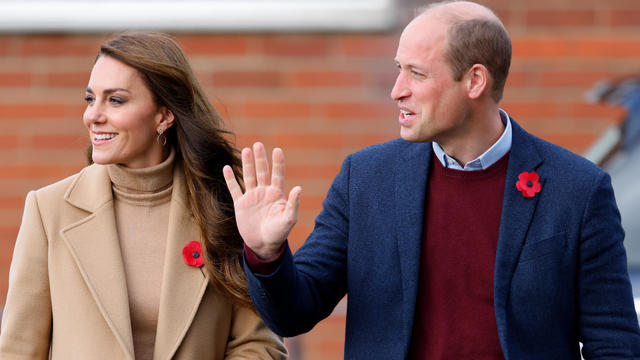 William and Kate, the prince and princess of Wales, are set to visit Boston this week to attend the second annual awards ceremony for the Earthshot Prize, an independent charity that was formerly part of The Royal Foundation of the Prince and Princess of Wales.

This will be royal couple's first trip to the U.S. in eight years. The last time they were in the country, in 2014, Prince William met with former President Barack Obama and former Secretary of State Hillary Rodham Clinton. The couple also met with Tom Hanks, and mingled with Jay-Z and Beyonce at a Brooklyn Nets game.

This trip, however, will be much more singularly focused on one issue: climate change.

According to the Royal Household, William and Kate will be limiting their visit to the Boston area from Wednesday to Friday. The primary purpose of their visit will be to attend the Earthshot Prize's awards ceremony, which is set to take place on Friday.

Prince William, who helped launch the initiative, will deliver remarks at the end of the ceremony. Princess Kate will accompany actors Rami Malek, Catherine O'Hara and Shailene Woodley in announcing the five award winners who will each receive £1 million to help their efforts to protect and restore nature, clean the air, revive oceans, eliminate waste and address climate change.

The prize is given to those whose work could help make a substantial difference on Earth by 2030, the organization says, and five groups will be awarded the prize annually until that year comes. Last year's ceremony was held in London.

Prior to the event, their trip will be focused on learning how climate change is projected to impact the city in which the awards ceremony is being held. According to the Royal Household, William and Kate will meet with Boston Mayor Michelle Wu as well as local organizations and those who are among the most vulnerable to climate change impacts.

"Recognising the significant challenges that the coastal city of Boston faces as a result of climate change, The Prince and Princess will see for themselves the work that local organisations are doing to mitigate the risk of rising sea levels," the Royal Household said. "Their Royal Highnesses will also spend time learning about some of the innovative green technologies that have been incubated in the area during a visit to Greentown Labs in Somerville."