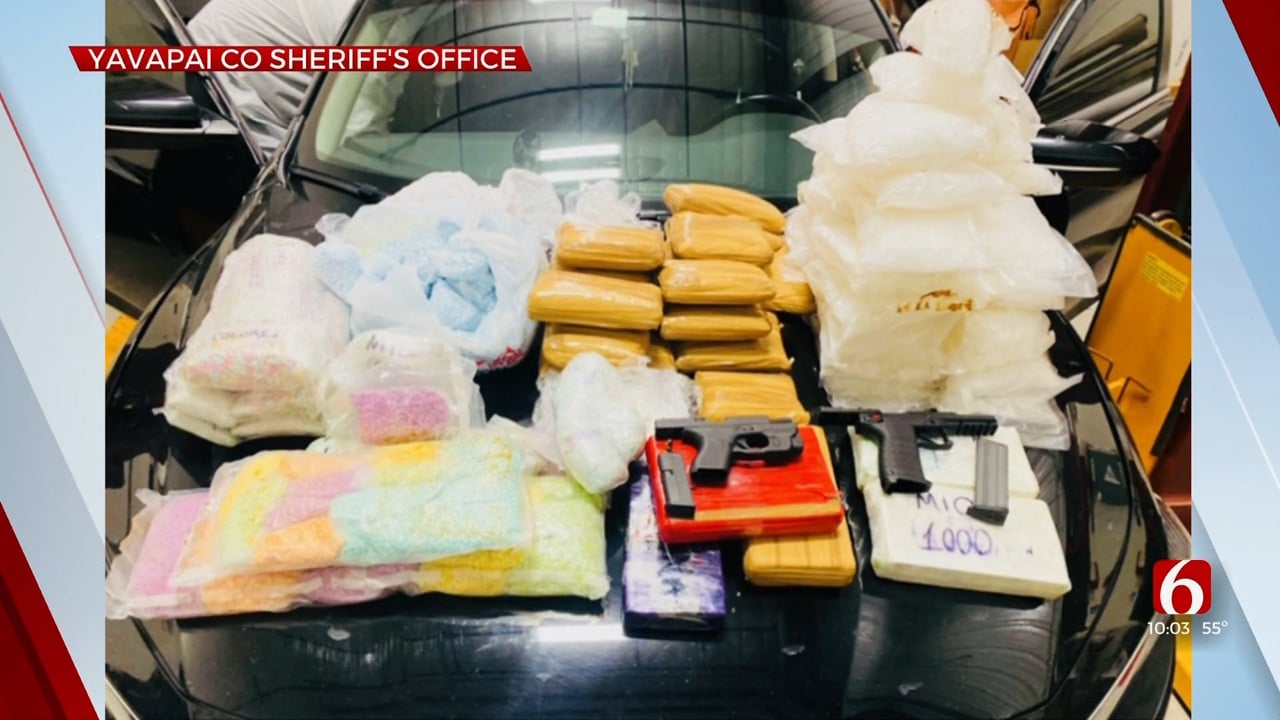 A Tulsa man was arrested in Arizona after deputies found dozens of pounds of meth and fentanyl on him.

They searched his trunk and found 53 pounds of meth, 120,000 fentanyl pills, and five kilograms of cocaine in two large duffel bags, along with three guns, detectives said.

Detectives said they also got a search warrant for what they thought was a drug stash house in Phoenix. That's where they found 22 pounds of cocaine, detectives said.

Ellman was booked for three counts of transporting drugs for sale.