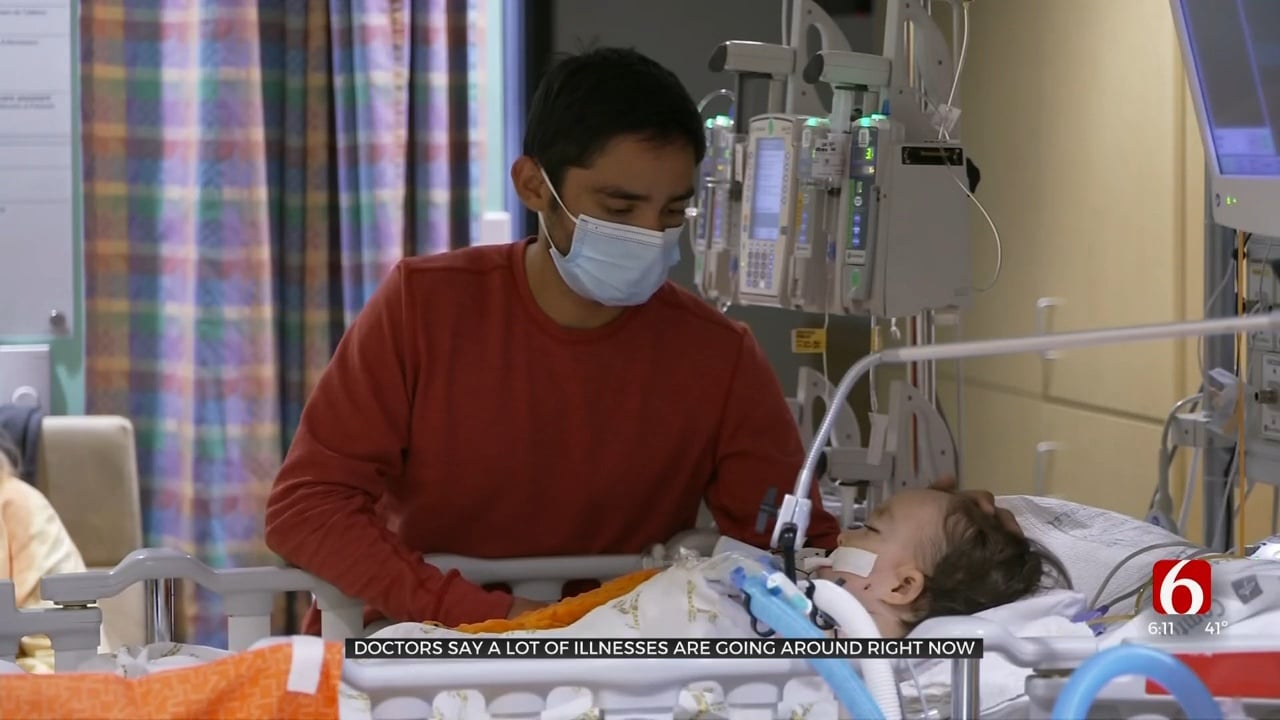 With the holiday season in full swing, doctors said it is important to stay vigilant because many illnesses are going around. Doctors are calling it a triple epidemic.

“COVID, influenza and RSV. It’s really a good question of, what do I do when I get sick?” WellOK Dr. Stan Schwartz said during a virtual news conference on Tuesday.

The Oklahoma Healthier Coalition said there is also the common cold going around, and para influenza, which has similar symptoms to the flu, and is not covered by the current flu vaccine.

Oklahoma hospitals with pediatric units are so full, doctors said some kids are being flown to Texas for care.

Epidemiologist Aaron Wendelboe said the best gift this holiday season for children and grandchildren are flu and COVID vaccines.

“Nobody wants to be sick, especially during the holiday season. I would much rather that you all be celebrating at home with their family members than being in a hospital watching your child breathe,” Wendelboe said.

Doctors said they are still waiting to see the impact Thanksgiving gatherings had on RSV in Oklahoma.

Schwartz said if you got COVID at Thanksgiving, you might be feeling it by now.

“If you were exposed to COVID, you’d probably be showing some symptoms by now if you had a symptomatic case. Remember, a lot of cases do not have any symptoms,” he said.

Health experts said it takes about two weeks from getting COVID and flu vaccines for you to have full protection.