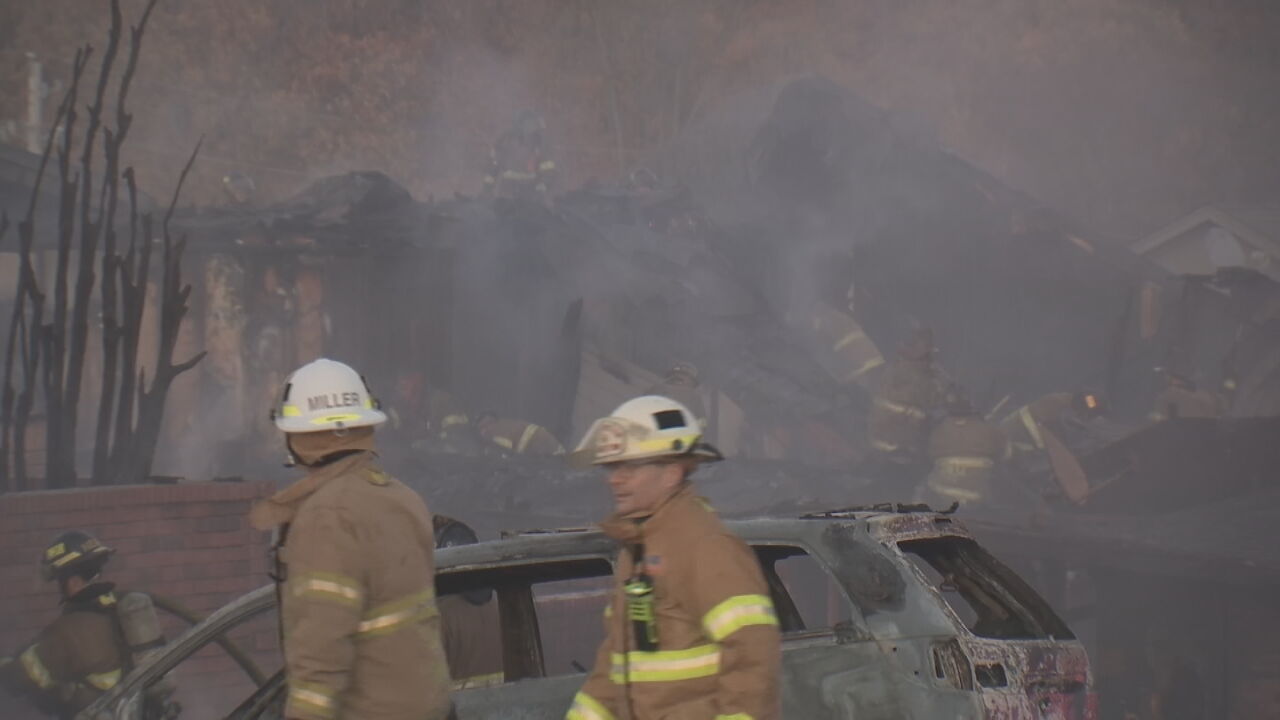 Investigators are looking into what caused a house fire that ultimately led to the destruction of three homes.

The heavy winds spread the fire from home to home, firefighters said.

Firefighters said just ten minutes after they arrived on the scene, one fire was so bad that people next door were forced to evacuate.

Jennifer and Dan Salter live across the street from the fire and said they watched it burn down about a year ago as well.

"This time last year, this unit burnt down. They believe, from what we heard, that is was electrical in the attic,” Jennifer Salter said.

She said no one is living in the home, but workers have been doing electrical work there and recently installed a new meter. She was on her way home when she saw the smoke.

"It was so much smoke you couldn’t really see very much and then you could see giant fireballs just rising into the air,” Salter said.

The heavy wind caused the fire to spread and caused more problems for firefighters.

"Any time when it's this windy you’ve got the possibility of the flames being pushed to anything surrounding the structure and that's exactly what happened today,” Lieutenant Tim Ingram, Tulsa Fire Department’s spokesman said.

All three homes are duplexes and firefighters said only two units had people inside when the fire started, but they made it out safely.

"It's amazing. I got a little worried when I saw the ambulance pull up and they were pulling the stretcher out and I was really upset. I was wondering who got hurt, but luckily there wasn't anybody. They were just worried about smoke,” Salter said.

Firefighters will be making stops throughout the night to check and make sure the fire doesn't reignite.

An investigation will determine what caused the fire.