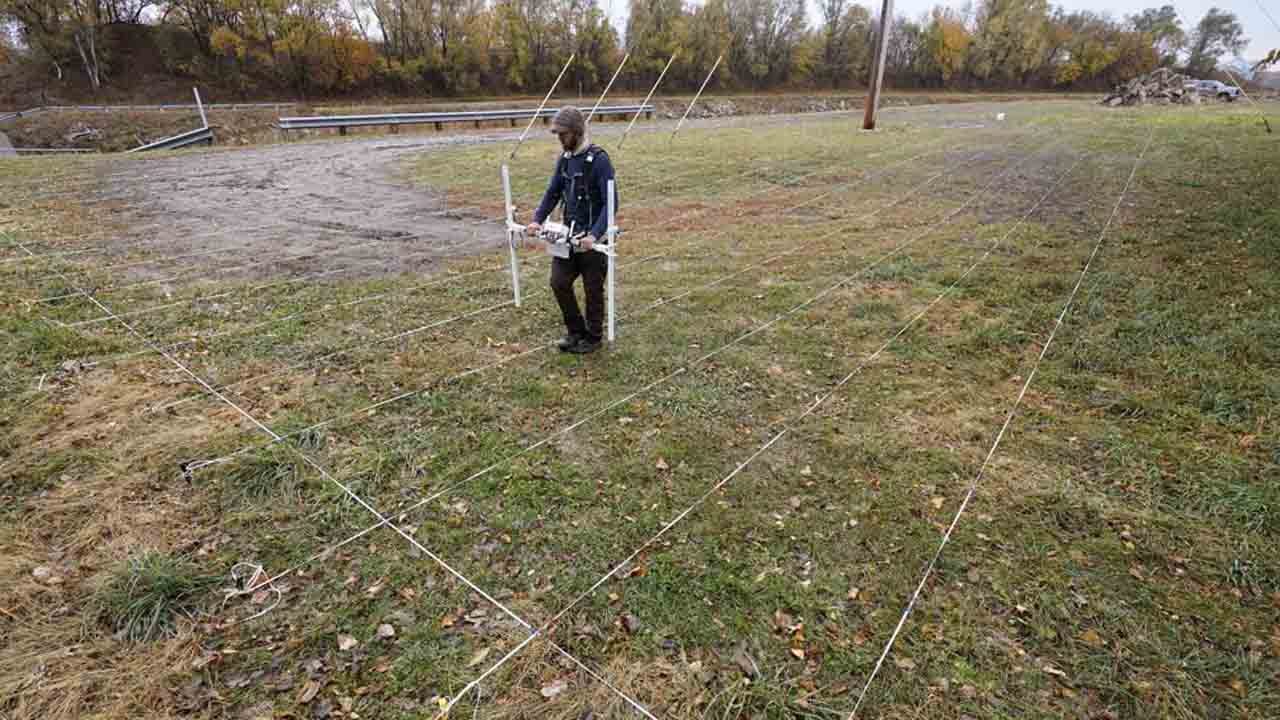 The bodies of more than 80 Native American children are buried at the former Genoa Indian Industrial School in central Nebraska.

But for decades, the location of the student cemetery has been a mystery, lost over time after the school closed in 1931 and memories faded of the once-busy campus that sprawled over 640 acres in the tiny community of Genoa.

That mystery may soon be solved thanks to efforts by researchers who pored over century-old documents and maps, examined land with specially trained dogs and made use of ground-penetrating radar in search of the lost graves.

“These children, in my opinion, were disrespected, and they were throwaway children that no one talked about,” said Judi gaiashkibos, the executive director of the Nebraska Commission on Indian Affairs whose mother attended the school in the late 1920s. “They were hidden, buried under the ground, and it’s t

The search for the graves comes as the federal government is in the midst of a first-ever comprehensive examination of the national system of more than 400 Native American boarding schools. The schools and additional privately funded institutions were part of an attempt to integrate Indigenous people into the white culture by separating children forcibly or by coercion from their families and cutting them off from their heritage.

The U.S. Interior Department, led by Secretary Deb Haaland, a member of Laguna Pueblo in New Mexico and the first Native American Cabinet secretary, released a report last spring that detailed the boarding school program and noted more than 500 deaths. That number is expected to increase significantly in a second Interior Department report, which will explore boarding school deaths and how the forced removal of children to the schools damaged Indigenous communities.

The federal investigation didn’t prompt the work in Genoa but it has added new urgency to the effort.

If the Genoa graves are found, decisions about whether to commemorate them or consider disinterring the remains will be left to representatives of Native American tribes, but simply finding the cemetery will be an accomplishment for individuals who for years have sought to gain a greater understanding of the Nebraska school.

The Genoa Indian Industrial School opened in 1884 and at its height was home to nearly 600 students. In the decades it was open, more than 4,300 children lived there, making it one of the largest Native American schools in the country. The students were given a basic academic education and spent much of their time learning hands-on skills such as horse bridle-making for boys and sewing for girls that had limited value for a country in the midst of an industrial transformation.

The children typically spent long, exhausting days, rising as early as 4 a.m. for chores, followed by several hours of school before working the rest of the day in kitchens, workshops or out in the fields, said gaiashkibos. Discipline could be harsh, with even young children facing beatings for breaking rules.

“Absolutely, we know the children were living in fear,” gaiashkibos said. “There were no hugs from mom or grandma. There were no songs sung. Everything was foreign to them.”

Children from over 40 tribes were brought from as far away as Idaho and Maine to the school. The were forbidden from speaking their Native languages, their hair was cut — a traumatic experience given the cultural significance for many Native Americans of long hair — and they were required to wear uniforms.

This “forced incarceration” of children at a school hundreds an even thousands of miles away from their homes had a two-fold goal of crushing Native American cultures and aiding in the stealing of Native land, said Farina King, an associate professor at the University of Oklahoma who focuses on Native American studies.

“More than anything there was a clear agenda to cut the ties between their people, their homeland, their culture,” said King, a member of the Navajo Nation whose father attended one of the boarding schools. “They wanted to get them away as far as they could.”

At Genoa, that typically meant taking a train that would stop at the school grounds, about 90 miles (145 kilometers) west of Omaha.

After the school closed, most of the larger buildings were demolished and the land sold for other uses. A two-story brick workshop that has been turned into a museum remains, as does a smokestack that towers over the community, but the gymnasium, multi-story classroom buildings and dormitories are long gone and it’s hard to imagine a large school once existed in the small community.

The cemetery would have been forgotten too, if not for residents who for 30 years had been searching documents and the land around their community for the burial site. Their effort was given a boost about six years ago by the Genoa Indian School Digital Reconciliation Project, which included advisers from some of the tribes whose ancestors attended the school and the University of Nebraska-Lincoln.

Based off newspaper clippings, superintendent’s records, one student’s letter that described a cemetery and other documents, they determined at least 86 students died at the school. It’s unclear whether close living conditions contributed to the deaths, but records indicate students most commonly died of diseases such as tuberculosis, typhoid and measles. There also was at least one death by accidental shooting and another due to a neck injury.

Researchers identified 49 of the children who died but have not been able to find names for 37 students. It’s believed the bodies of a few children were returned to their families.

But while the researchers accounted for the deaths, they couldn’t find where the children were buried.

“We’ve heard from residents knowing there were burials nearby, knowing this was the Genoa school cemetery, but that precise location has been lost to time,” Williams said. “We’ve heard it’s in a few different locations but so far that hasn’t panned out.”

There were plenty of theories from residents and even former students, but it took study of maps and aerial photos to narrow down a few options. An initial effort to find remains using ground-penetrating radar wasn’t successful, but last summer an Iowa man volunteered to come to the site with dogs that are trained to detect the faint odor of decaying remains.

Two dogs separately signaled they smelled remains on a narrow piece of land sandwiched between railroad tracks, a cornfield and a canal that was dug soon after the boarding school closed. In late October and early November, a team affiliated with the National Park Service made two trips to the site and used different kinds of ground-penetrating radar in hopes of detecting what was beneath the soil.

The results of their examination should be available later in November.

To gaiashkibos, a member of the Ponca Tribe of Nebraska, thinking of the boarding school and searching for the cemetery brings an overwhelming sense of sadness. But she said finding the cemetery is an essential step in honoring the children and recognizing what they had to endure.

“To heal, we have to have answers and bring closure,” she said. “We need to know, where are those children?”