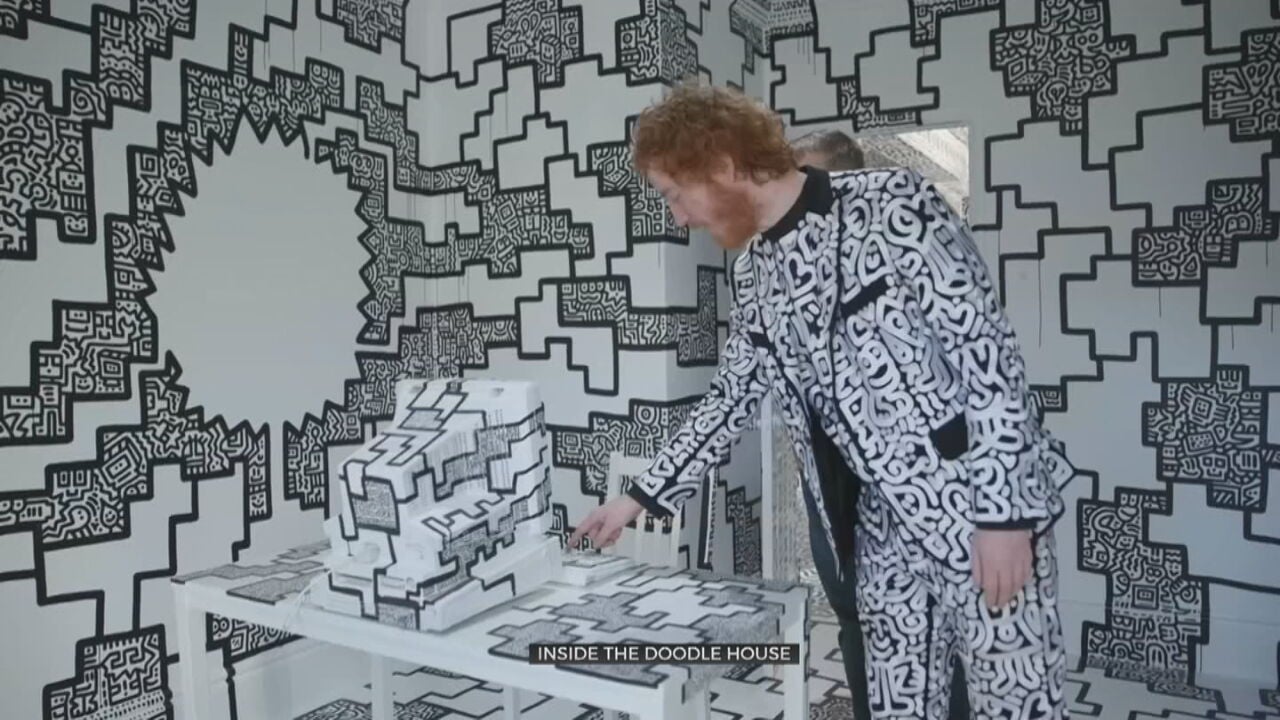 It's every kid's dream, drawing all over the walls all day long. A British artist has turned it into a reality by creating the ‘Doodle House.’

Sam Cox’s house is filled with black and white doodles. “The splashes are like portals to doodle land,” says Cox.

Like a lot of kids, Sam spent his younger years scribbling on walls. “I got in trouble for drawing on the walls. I had this dream of doodling over a whole house and living in the house,” he says. Now he bought his own house so he can draw on the walls whenever he likes.

Known in his neighborhood in Kent, England as “Mr. Doodle” – every inch of his 12-room mansion is covered in quirky creations. From floor to ceiling – to every nook and cranny.

Every doodle is deliberate and every room has a theme. “This is the computer room,” says Sam as he shows off a screen display that resembles the video game Tetris. “I quite like seeing the details on the keyboard here,” he says. “It kind of makes me think there could be a doodle language one day.”

The house has taken two years to create, with each stage captured in stop motion. And he’s still doodling. He shows off a chandelier he doodled, explaining, “this is quite a tricky thing to do.”

When all the doodling’s done, Sam will move into the monochrome mansion with his wife, Alena. What did she think when Sam told her he wanted to live in a doodled house? “Maybe I'm weird. Maybe somebody would be scared of that. But I found it cool,” Alena says.

So, to draw a conclusion, dreams of any shape and size really can come true.

Sam Cox says his 'dream doodle' is to one day doodle an entire village from the houses down to the sidewalks and even the trees.