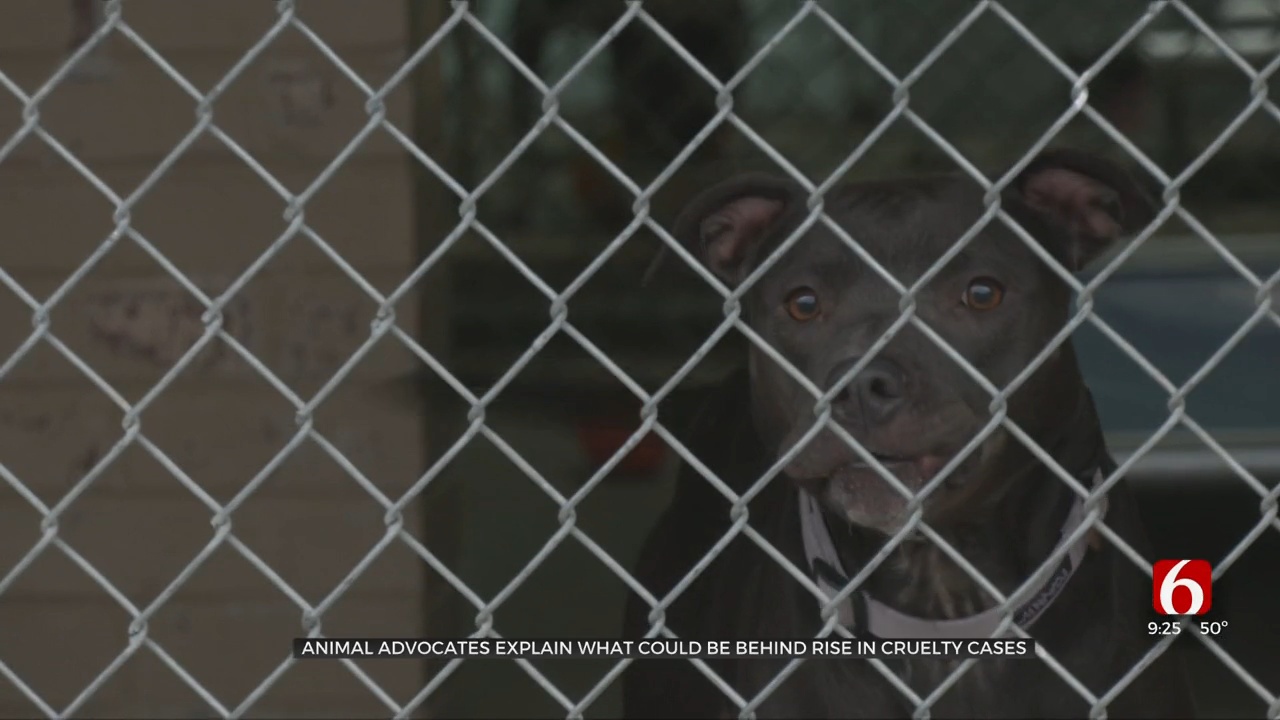 New OSBI statistics reveal most crimes are down across Oklahoma. However, animal cruelty cases are spiking.

The Tulsa SPCA said since 2020, animals have been adopted at a higher rate than previous years. But now, many people who adopted those animals are getting rid of them.

“Our seizure numbers for abuse are up probably over the last two years, I think about 30-percent,” Tulsa SPCA CEO, Mindy Tiner said.

He said he usually investigates about 1,000 cases a year. Since 2020, that number has more than doubled.

“I made many more calls during that period than I have ever made in a single two-year span. It was an epidemic,” Geen said.

The OSBI said while most crime statistics are trending downward, animal cruelty cases are rising.

OU criminologist Dr. David McLeod said the rise may be partially due to stressors brought on by the pandemic, which has increasingly turned into violence.

“We’ve seen throughout the COVID pandemic and the decrease of opportunities economically, inflation. There’s just a lot more family stress. That’s happened a lot. Often times, cruelty towards animals becomes a predictor for violence in families in general,” McLeod said.