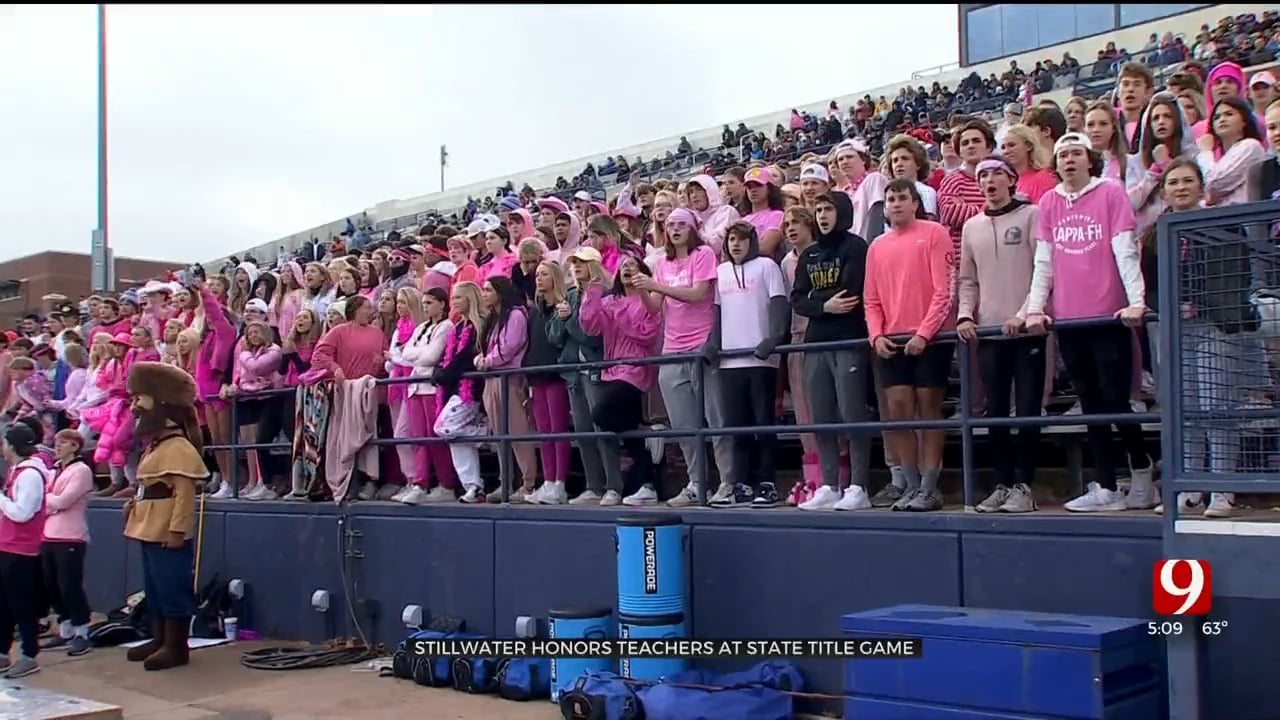 The 6A-2 Gold Ball is headed to Stillwater after the Pioneers beat the Choctaw Yellow Jackets in the title game Friday in Edmond.

The Stillwater Pioneers went head-to-head with the Choctaw Yellowjackets. In the stands, were a sea of fans dressed in pink.

“In honor of our precious Kendra Kilpatrick who passed away last Saturday. She was a math teacher at the high school, she was a lady pioneer basketball coach for many, many years and an inspiration for many of us,” Carolyn Walstad said.

Walstad said Kilpatrick wasn't just another coworker, everyone who knew her loved her. She's said she will not be forgotten.

“She will have a lasting impression on us. It's still really raw that you know she's not with us fighting in spirit, but she was an amazing person,” Walstad said.

Walstad said Kilpatrick touched many lives and she didn't let her battle with cancer define her. Her impact touched students of all ages, football players facing off against Choctaw to her own players that she coached like Sydnee Sisneros.

“She was always like our biggest supporter. I think that's the best way to put it. She definitely tried to make the gym and the team feel like a second home and a second family for us,” Sisneros said.

Sisneros said Kilpatrick's mostly known for her strength. It’s something she passed down to other Stillwater pioneers.

“Her strength through her fight has shown us how to be strong in our own way and how to use her strength while we play and that's the reason, they've been so successful I think,” Sisneros said.

Stillwater's basketball season starts next Tuesday, the team said they will dedicate their season to Coach K.