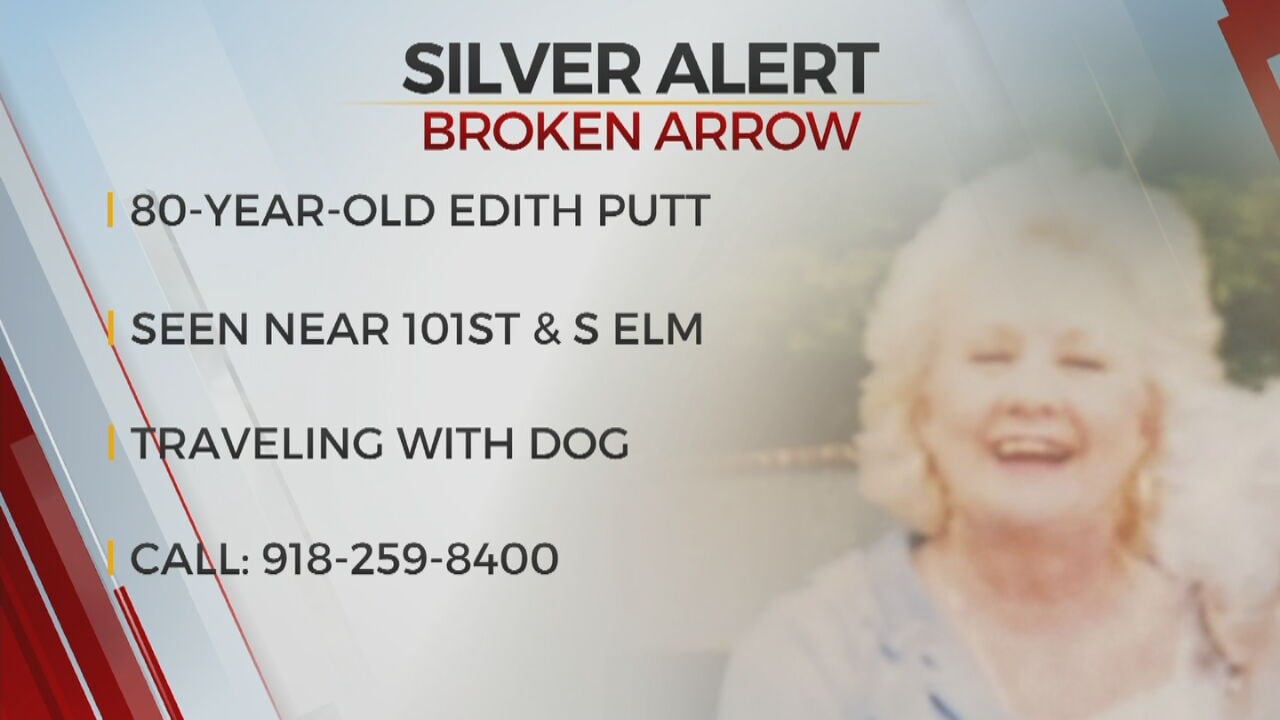 A silver alert has been issued by Broken Arrow Police for an 80-year-old woman who has been missing since Monday.

Officers said Edith Putt was last seen at her home in the 4300 block of South Birch Ave. She was last seen wearing an off-white outer layer "throw," blue and gray pajama pants, navy blue house shoes, and a gray hat, police said. She is believed to be on foot accompanied by her small brown dog, said police.