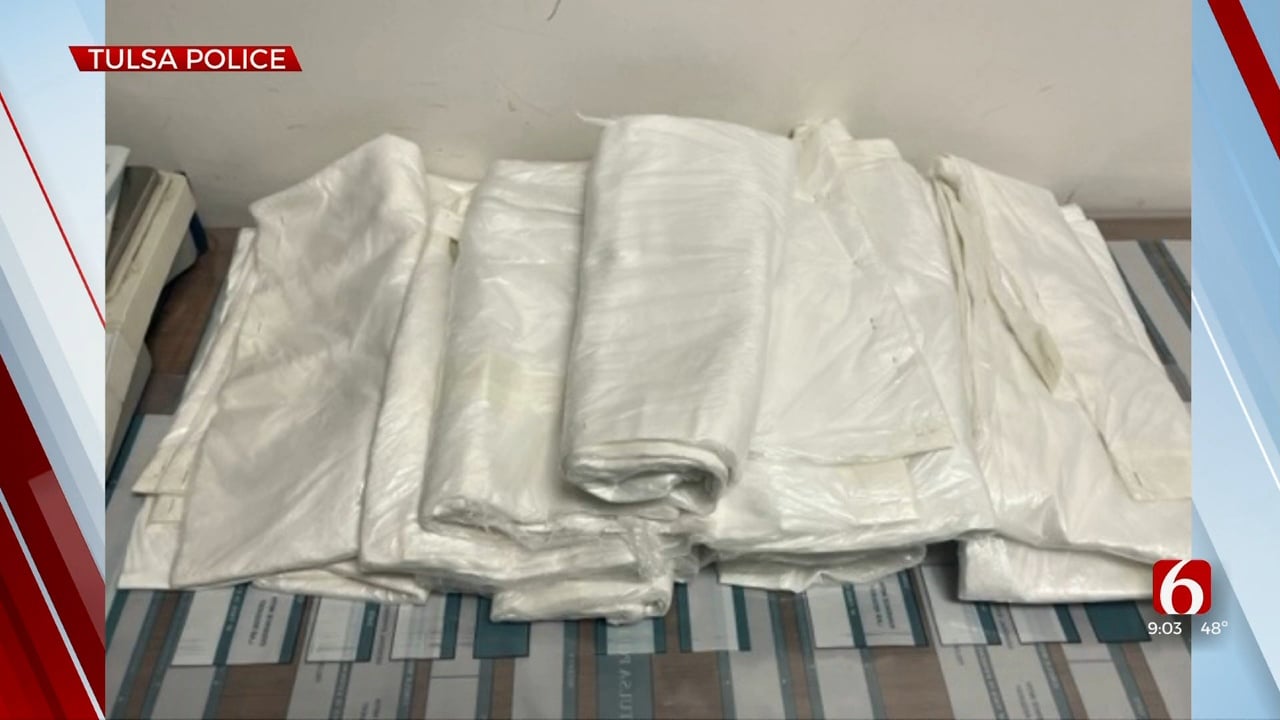 Tulsa Police said they've seized $300,000 worth of cocaine, after they said an elderly woman was nearly scammed into mailing some of the drugs for someone else.

Officers shared a photo of the 15 pounds of cocaine they recovered after serving a search warrant near 61st and Memorial.

Someone scammed the woman online into receiving drugs, then gave her instructions to repackage the narcotics to send elsewhere, police said.

Federal agents are now investigating the drugs and the woman, according to police.