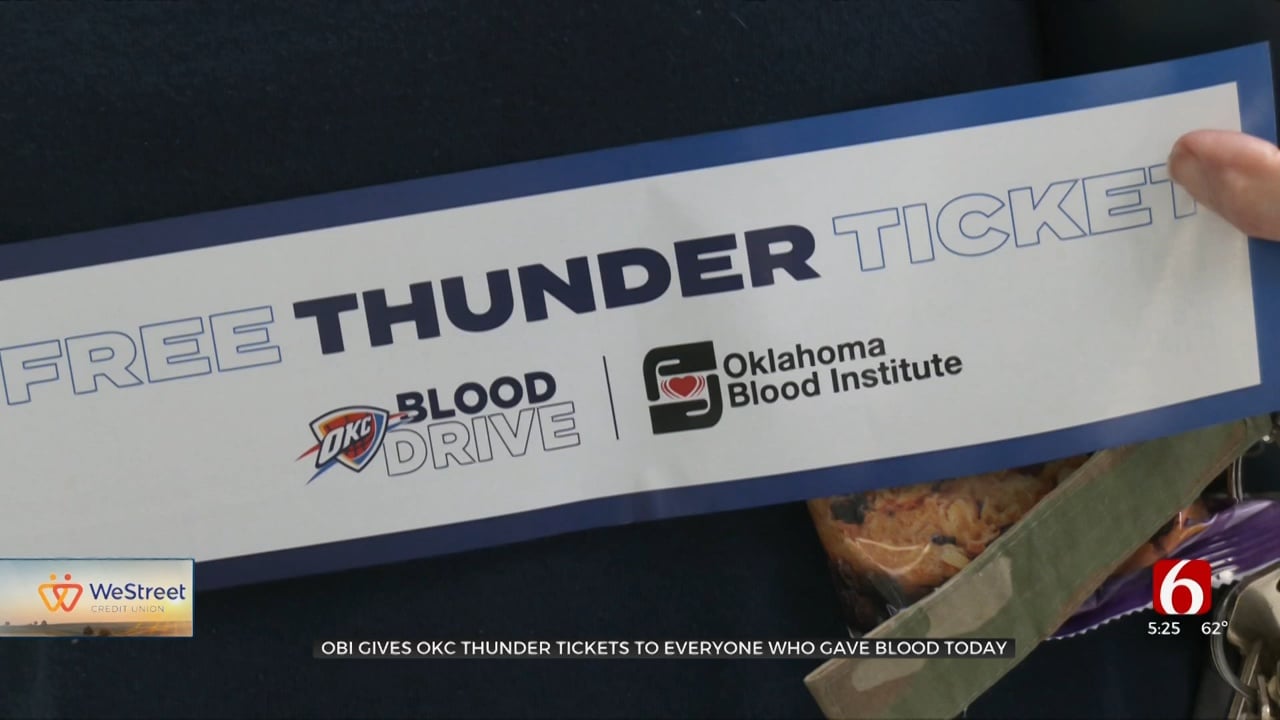 OBI gave away ticket vouchers to everyone who gave blood at its Tulsa location on Wednesday.

OBI said its goal was to get more donors through the door at this year's event than last year's, with 200 Thunder ticket vouchers to give away. This was the 15th year for the event.

It was busier than usual Wednesday at OBI near 81st and Yale, where Susan Brown has been donating platelets for well over a decade.

"It's just a fun way to help people that doesn't cost me any money,” Brown said. “Just a little bit of time -- I have plenty of that."

She was surprised to learn her donation came with a Thunder ticket and a t-shirt.

OBI hopes the perks will attract new donors, which made up 20 percent of the crowd at last year's event.

"We donate a couple times a year,” Jennifer Venable said.

Jennifer and her husband Derek came in Wednesday to give blood and score their tickets.

"It's just something that I am able to do. A lot of people can't do it, and a lot of people need it, and so why not?" Jennifer said.

OBI said donors can choose between five different Thunder games, and buy any additional seats near theirs, if they want to go with someone.

The Venables are looking forward to cheering on the Thunder, as a thanks for their donation.

"We'll find something to do and might take our kids. But we'll definitely go to a game,” Jennifer said.

Brown has other plans for her ticket.