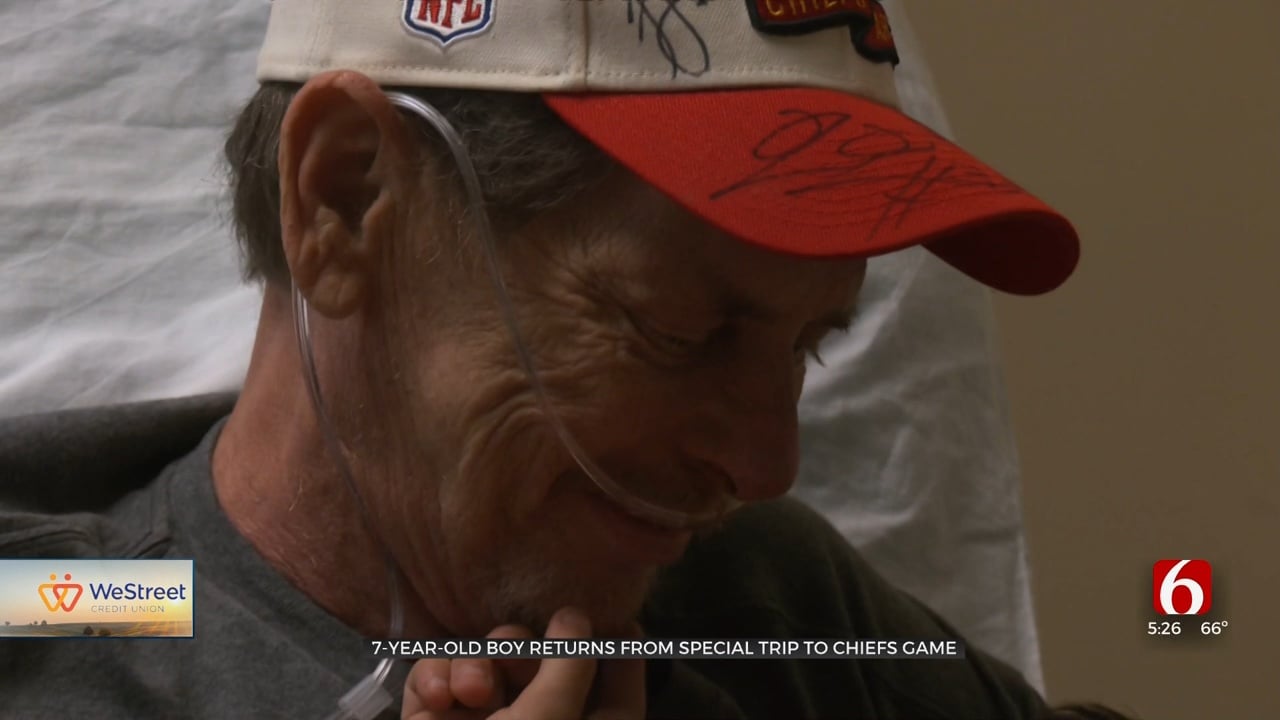 A seven-year-old boy from Tahlequah is back home after a special trip to Kansas City to see the Chiefs game on Christmas Eve.

His grandpa always wanted to take him to a Chiefs game, but could not go because of his health.

At a hospital in Muskogee, John Tillison is getting ready to go home in a few days, and start hospice care while he fights lung cancer.

"Papa's coming home on the third. Remember?” Jennifer Kimble said to her son, Gus, while walking up to her dad’s room.

Reminders of happier times hang on the walls of his room, including his grandson's sideline pass for the Christmas Eve Kansas City Chiefs game.

"I went to the Chiefs' kingdom,” Gus told his grandpa.

Seven-year-old Gus went to the game with his uncle, a cousin, and a family friend.

The plan was for grandpa to take Gus to the game, after a promise John made Gus when he was little.

A family friend bought tickets, including the sideline passes. But John's health kept him in the hospital on Christmas Eve.

Gus brought back a hat for his grandpa, with signatures from six players who took time to sign it.

"This is your hat. You need to take it home with you, buddy," John said to Gus. "I want you to have it," Gus replied.

Most of the family is made up of Chiefs fans, and now Gus and John have this memory, even if it was made miles apart.

"I wish that I had been able to go with him, but the next best thing,” John said.