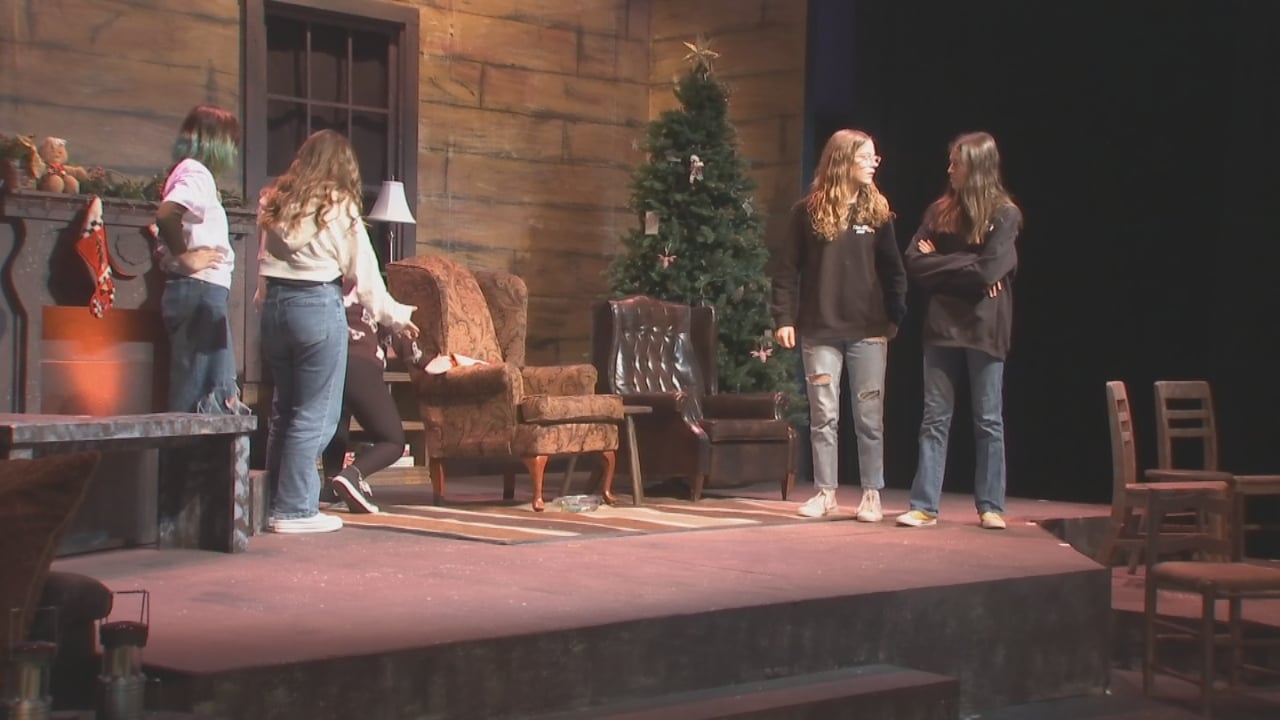 A group of high school students in Broken Arrow have written, directed, and are starring in an original play that they're performing this weekend.

The students are in a new academy at Broken Arrow schools focused on project-based learning.

"The Blizzard" is debuting this weekend in Broken Arrow. Everything you see is produced by students as part of a class project and they can’t wait to show it off. The lights are on, the soundtrack is set, and these actors are busy getting into character.

“Actors once they had their script spent hours working on it, directors and playwrights would stay at cafes for nine hours writing this," said Isabella LeCrone.

Vanguard Academy Sophomore Isabella LeCrone is a playwright for “The Blizzard.”

Vanguard is a new project school-based system of learning for selected students in Broken Arrow. Last semester students read Shakespeare’s “The Tempest” for English class and their assignment was to adapt it into a modern version of the play— a comedy.

“It was just go, we started and got together and broke apart to talk to directors, playwrights, talk to marketing sound and lighting, and it was just everybody did everything."

In the play, the characters are locked in a cabin during a blizzard and chaos ensues from there. The students built the set and will be running all the lights and sounds along with designing costumes and even an original score.

"Everybody has something to do. Marketing, props, lighting, and sound -- it's crazy," LeCrone said.

The 9th, 10th, and 11th-grade students are excited to debut the Blizzard at the Kirkland Theater this Friday and Saturday night at 7 p.m.

For info about the play and program CLICK HERE