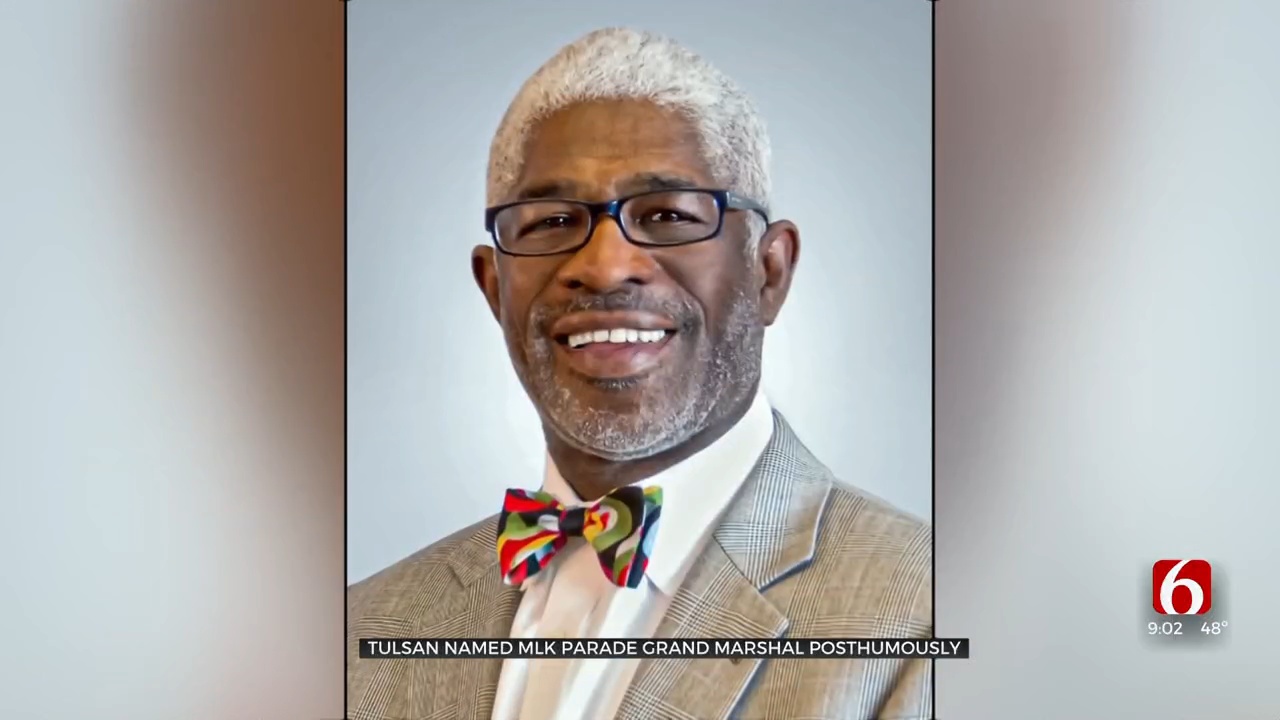 Hundreds of people gathered Monday to honor the life of Doctor Martin Luther King Junior with a parade in downtown Tulsa.

The Grand Marshal of the parade was a man who organizers said selflessly served his community for decades.

Dwain Midget died last year, but organizers said he would be honored and humbled by the honor of being Grand Marshal. They said picking him for the job was a no-brainer.

"He was the ultimate volunteer, community volunteer, and he was chosen because of his passion and his commitment to his community; North Tulsa," said Rebecca Marks-Jimmerson, with the Dr. Martin Luther King Jr. Commemoration Society

The board picks the finalists and then leaders in the community decide from there.

She said Dwain gave selflessly to his community and picking him was an easy choice.

"He was touched by the Civil Rights Movement, not that he lived in it, but his father lived in it. And he thought to himself and often shared with us, that 'I want to make a difference,'" she said.

Dwain worked for the City of Tulsa for nearly 40 years and passed away last year.

Rebecca said he supported the Greenwood Cultural Center and worked for growth in North Tulsa.

She said he would be humbled by the honor of being Grand Marshal.

"He would not want all of the attention, because he was one who didn't like to draw attention to himself. He wanted to draw the attention to the issues, and the concerns. He was a neighborhood man," she said.

Rebecca said the parade and Martin Luther King, Jr. Day is about keeping the dream of the Civil Rights leader alive, and that's exactly what Dwain did for his community.

"He would always say, 'A dream without action gets us nowhere,'" she said.

She said they will immediately start planning and prepping for next year's events and parade.