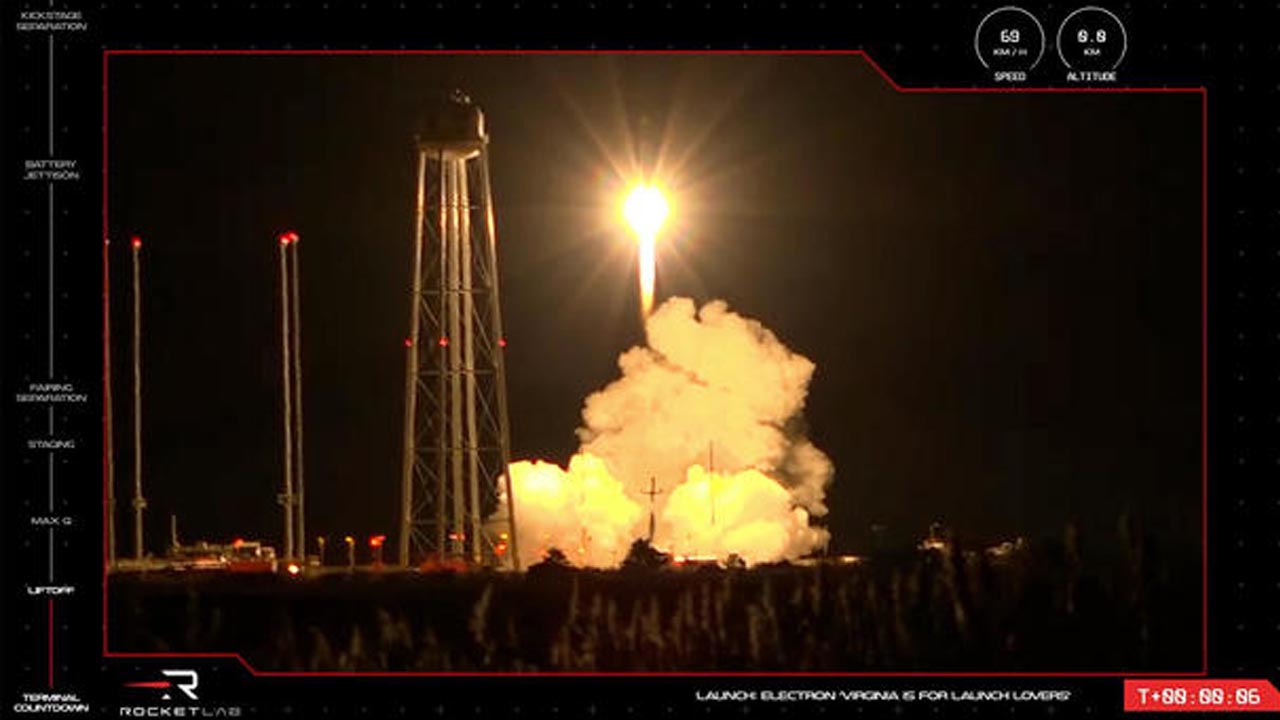 "This flight just doesn't symbolize another launch pad for Rocket Lab," company founder Peter Beck said. "It's standing up of a new capability for the nation. It's a new AFTS (automated flight termination) system being brought online for the industry. And it's a new rocket to Virginia and to the Wallops Flight Facility."

Running a month late because of weather and holiday scheduling, the 60-foot-tall Electron blasted off with a burst of fiery exhaust at 6 p.m. EST, and quickly shot away from the Mid-Atlantic Regional Spaceport (MARS), on NASA's Wallops Island, Virginia, flight facility.

All rockets launched from the U.S. are required to carry self-destruct systems capable of quickly destroying an off-course booster before any debris could reach a populated area. In past U.S. launches, military personnel, using tracking radars and other systems, stood ready to transmit self-destruct signals if needed.

But SpaceX now uses a company-developed automatic self-destruct system designed specifically for its Falcon 9 rockets that requires far fewer people to operate. The Electron is the first to use NASA's software, which does much the same, but can be set up for any rocket.

"To date, 18 companies have requested the software through NASA's technology transfer process," Pierce added. "Rocket Lab was among the very first applicants for the software in order to enable launch from Wallops. It was a great milestone."

After boosting the Electron out of the lower atmosphere, the nine Rutherford engines at the base of the first stage shut down, and the single engine powering the second stage took over for the next seven minutes.

At that point, a third "kick" stage carrying three HawkEye 360 radio mapping satellites separated to fly on its own. After a planned firing of the kick stage engine about one hour after liftoff, the satellites were expected to be released in a 341-mile-high orbit.

The HawkEye 360 satellites are launched in clusters of three. They are designed to scan the sky to search for and map radio transmissions from the ground, air and space, data useful to military, law enforcement and other civilian and commercial users.

Going into Tuesday's flight, Rocket Lab had launched 152 small satellites in 29 successful launches from two Electron pads in New Zealand. The company plans to launch Electrons on a regular basis from Wallops, and is developing a larger, fully reusable rocket called Neutron that will be built in and launched from Virginia.