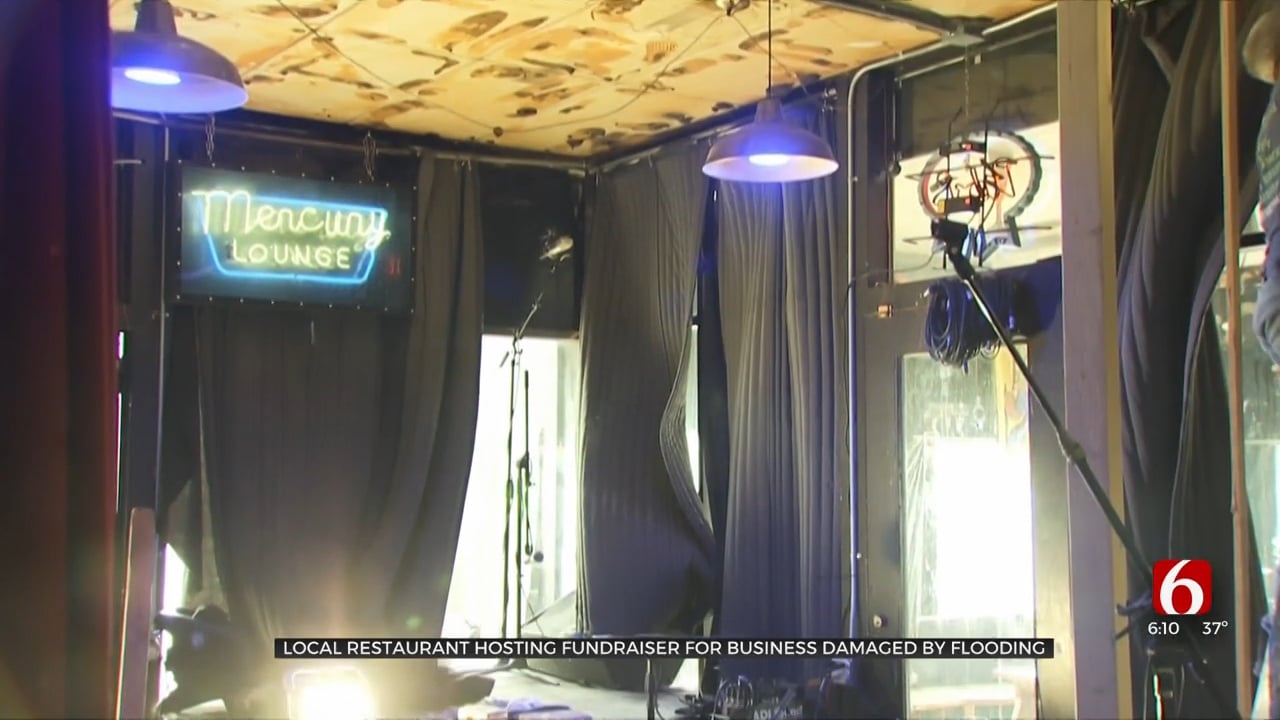 Local businesses are helping a Tulsa bar that flooded after a freak accident.

FarmBar hosted a burger night Wednesday to help Mercury Lounge across the street.

Their stage was ruined after a flood, but the show must go on.

It was a nightmare come true when workers walked into Mercury Lounge last week.

"All you hear is rushing water from a storm that's still coming outside your door," said Brian O'Mahony.

Brian said a dump truck hit power lines attached to the bar and ripped off part of the roof. Then it rained and flooded the whole stage.

"Our stage, our equipment, microphones, band gear, things like that," he said. "Very devastating to see that."

The damage was done, but the music didn't stop.

The Whittier Bar downtown hosted the show after the flood and others are offering to help.

"Mercury is a cornerstone of this neighborhood," said Linda Ford.

FarmBar across the street understands Mercury's situation. Last year, a fire put the restaurant out of commission for five months. Mercury Lounge stepped up back then to help.

"During that time, as a way of supporting our team, and the BurnCo team, the Mercury Lounge put together this massive fundraiser."

Now FarmBar's owner, Linda Ford, said it's time for the restaurant to give back to Mercury.

So they hosted burger night Wednesday from 5-9 p.m., and half of the money is going back to the bar.

"We're full for the night all the reservations we can take are filled."

The folks at Mercury Lounge said the help is humbling and they're grateful.

"That has been the best part of this whole story seeing the response," said Brian.

"There's nowhere else where that would happen except Tulsa, Oklahoma," said Linda.

Mercury is hosting shows again and said it'll take a few more days to be back to normal.