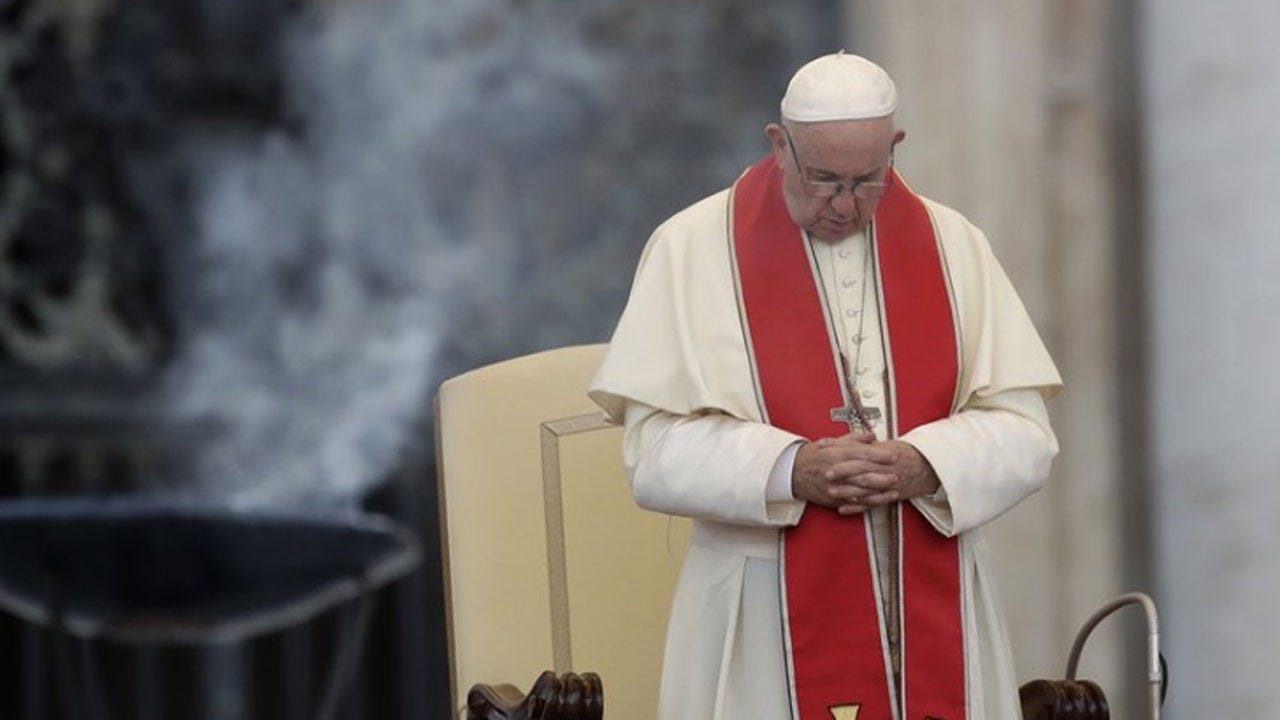 The tone for the high stakes, four-day summit was set at the start, with victims from five continents — Europe, Africa, Asia, South America and North America — telling the bishops of the trauma of their abuse and the additional pain the church’s indifference caused them.

“Listen to the cry of the young, who want justice,” Francis told the gathering of 190 leaders of bishops conferences and religious orders.

“The holy people of God are watching and expect not just simple and obvious condemnations, but efficient and concrete measures to be established.”

More than 30 years after the scandal first erupted in Ireland and Australia, and 20 years after it hit the U.S., bishops and Catholic officials in many parts of Europe, Latin America, Africa and Asia still either deny that clergy sex abuse exists in their regions or play down the problem.

Francis, the first Latin American pope, called the summit after he himself botched a well-known sex abuse cover-up case in Chile last year and the scandal reignited in the U.S.

With his own papacy and the Catholic hierarchy at large facing a credibility crisis, Francis has now vowed to chart a new course and is bringing the rest of the church leadership along with him.

The summit is meant as a tutorial for church leaders around the globe to learn the importance of preventing sex abuse in their churches, tending to victims and investigating the crimes when they occur.

The Vatican’s onetime sex crimes prosecutor delivered a step-by-step lesson Thursday on how to conduct an investigation under canon law, citing the example of Pope Benedict XVI, who turned the Vatican around on the issue two decades ago.

Calling for a conversion from a culture of silence to a “culture of disclosure,” Archbishop Charles Scicluna told bishops they should cooperate with civil law enforcement investigations and announce decisions about predators to their communities once cases have been decided.

He said victims had the right to damages from the church and that bishops should consider using lay experts to help guide them during abuse investigations.

The people of God “should come to know us as friends of their safety and that of their children and youth,” he said. “We will protect them at all cost. We will lay down our lives for the flocks entrusted to us.”

Finally, Scicluna warned them that it was a “grave sin” to withhold information from the Vatican about candidates for bishops — a reference to the recent scandal of the now-defrocked former American cardinal, Theodore McCarrick. It was apparently an open secret in some church circles that McCarrick slept with young seminarians. He was defrocked last week by Francis after a Vatican trial found credible reports that he abused minors as well as adults.

Francis offered a path of reform going forward, handing out a 21-point set of proposals for the church to consider including some that would require changes to canon law.

He called for specific protocols to handle accusations against bishops, in yet another reference to the McCarrick scandal. He suggested protocols to govern the transfers of seminarians or priests to prevent predators from moving freely to unsuspecting communities.

One idea called for raising the minimum age for marriage to 16 while another suggested a basic handbook showing bishops how to investigate cases.

Abuse survivors have turned out in droves in Rome to demand accountability and transparency from church leaders and assert that the time of sex abuse cover-ups is over.

“The question is this: Why should the church be allowed to handle the pedophile question? The question of pedophilia is not a question of religion, it is (a question of) crime,” Francesco Zanardi, head of the main victims advocacy group in Italy Rete L’Abuso, or Abuse Network, told a news conference in the Italian parliament.

Inside the summit hall Thursday, the church leaders heard five videotaped testimonies from victims about their abuse and cruel treatment from an indifferent hierarchy.

One woman from Africa told the summit that the priest who began raping her at 15 forced her to have three abortions over the following 13 years.

“He gave me everything I wanted when I accepted to have sex; otherwise he would beat me,” she said.

The victims’ names were not released to protect their privacy, but Chilean survivor Juan Carlos Cruz confirmed he provided a video.

Manila Cardinal Luis Tagle choked up as he responded to such testimony, telling the bishops that the wounds they had inflicted on the faithful through their negligence and indifference recalled the wounds of Christ on the cross.

In the keynote speech, he demanded bishops and superiors no longer turn a blind eye to the harm caused by clergy abuse and cover-ups.

“Our lack of response to the suffering of victims, yes even to the point of rejecting them and covering up the scandal to protect perpetrators and the institution, has injured our people,” Tagle said. The result, he said, had left a “deep wound in our relationship with those we are sent to serve.”

The Vatican isn’t expecting any miracles or even a final document to come out of the summit. But organizers say it marks a turning point in the way the Catholic Church has dealt with the problem, with Francis’ own acknowledgment of his mistakes in handling the Chile abuse case a key point of departure.

Hours before the Vatican summit opened, activists in Poland pulled down a statue of a priest accused of sexually abusing minors. They said the stunt was to protest the failure of the Polish Catholic Church in resolving the problem of clergy sex abuse.

Video footage showed three men attaching a rope around the statue of the late Monsignor Henryk Jankowski in the northern city of Gdansk and pulling it to the ground in the dark. They then placed children’s underwear in one of the statue’s hands and a white lace church vestment worn by altar boys on the statue’s body. Jankowski is accused of molesting boys.

The private broadcaster TVN24 reported the three men were arrested.

Jankowski, who died in 2010, rose to prominence in the 1980s through his support for the pro-democracy Solidarity movement against Poland’s communist regime. World leaders including President George H.W. Bush and British Prime Minister Margaret Thatcher visited his church to recognize his anti-communist activity.