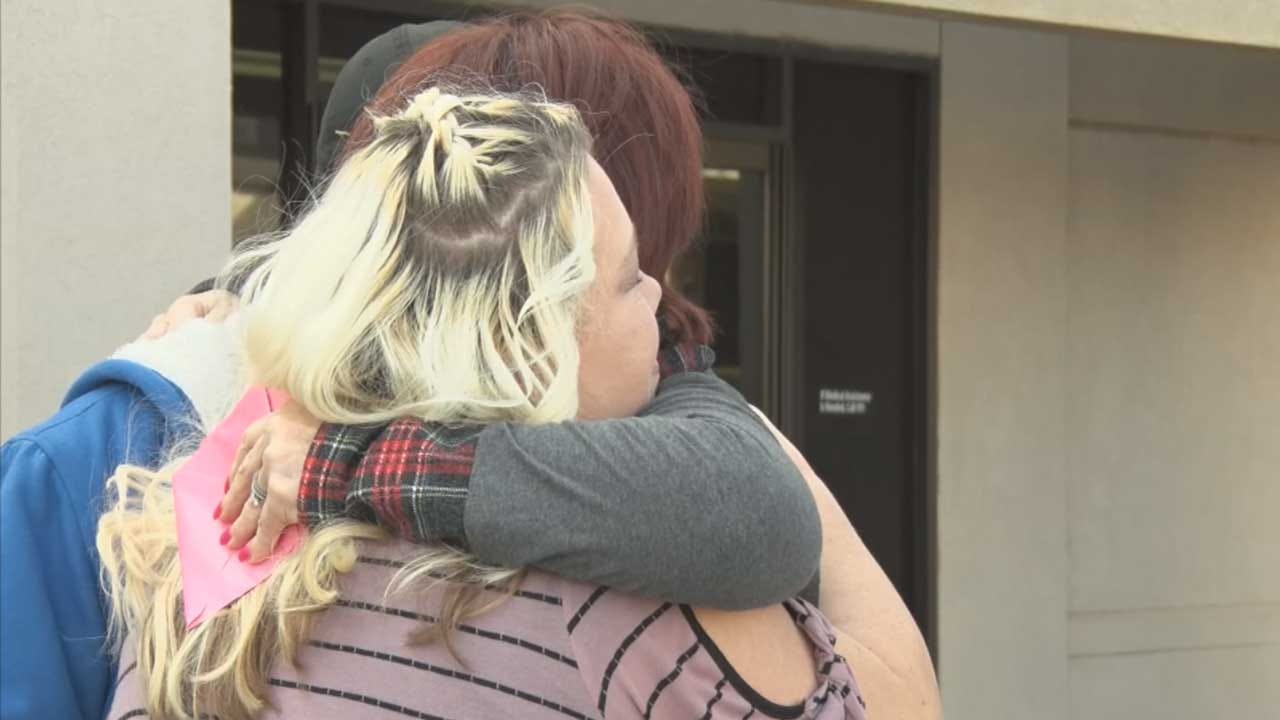 One local woman is thankful to be alive after experiencing a serious car crash. It happened along Mustang Road on New Year's Eve.

A month and a half later, Debby Colston showed her gratitude to the witnesses and paramedics who came to her rescue.

“It was just a typical night,” Debby says. “I was on my way to work.” She was expecting a busy New Year's Eve shift at Integris Community Hospital, but she never thought she would end up in the ER.

As Debby passed the Links at Mustang Creek apartments at full speed, a red sedan turned directly in front of her.

Eyewitness Damon Richmond recalls, “I was like this is going to be bad as soon as he started turning.”

After the collision, Damon and his wife Christie saw Debby's Kia leave the road and run headfirst into an iron fence.

“I just remember telling my husband we’ve got to call 911,” Christie says.

“We were thinking oh, it’s another New Year’s Eve crash,” he says. “People go out. They party.”

Brady and his EMSA team raced to the scene. He says Debby was alert and very talkative, but seriously injured.

“She was either having a concussion or a brain injury,” he says, “so I knew we had to get her somewhere fast.”

Debby, who just celebrated her fifth year of being breast cancer free, is now healing from a traumatic brain injury, fractured sternum and PTSD. And she remembers nothing after the crash.

Those who met her that evening remember every detail, though.

Christie says, “I’ve thought about her several times since then.”

That is why they were all excited to meet on better terms, allowing Debby to finally get some answers to the questions she has about the wreck.

“There was absolutely nothing you could have done,” Christie told Debbie reassuringly.

The driver of the red sedan was not arrested, but the Richmonds are using his actions to teach their son about safe driving. And Debby is relying on her new friends to fill in the blanks of the few precious moments she lost.

“I’ll always remember them for the rest of my life,” Debby says. “They’re my memory.”