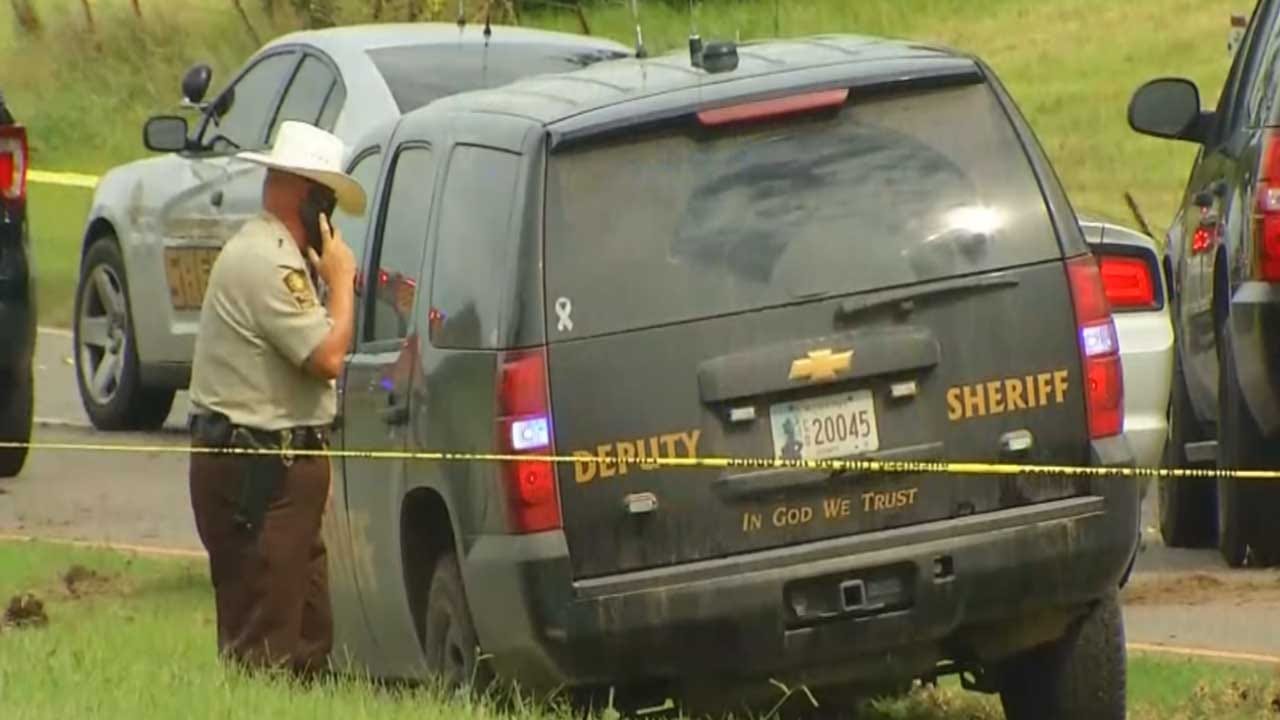 The five took part in a pursuit and deputy-involved shooting in early October and were just cleared by the district attorney of any wrongdoing.

Dash camera video was released to the public, showing the footage the OSBI used to investigate.

The video shows the moments when a chase reached more than 100 miles-per-hour heading toward Okarche.

The deputies chased the stolen Braum’s farm truck as it ignored traffic rules and school zones, eventually swerving around other cars until it spun onto the median of Highway 81.

“He actually spins out and gets stuck. It's a four-wheel drive vehicle. The tires are spinning. And in order to keep him from getting back on the highway and continuing to drive dangerously, one of my deputies shot the tires out,” Sheriff Chris West said.

The suspect, Alexander Lindahl, eventually got out of the truck with a gun.

That's when Canadian County deputies fired at him.

Lindahl died from the shots at the scene, and the deputies were put on paid administrative leave.

“Our hearts and prayers still go out to the Lindahl family. There were some bad decisions that young man made on that day that concluded with the shooting. It was very unfortunate,” West said.

West says he was informed Thursday, November 15, that his five deputies were cleared of any wrongdoing by the district attorney, based on the OSBI's investigation.

The sheriff says the dashcam video was crucial to the investigation.

“When you're able to pull that dashcam video and look at it, it just takes us to another level of being able get accurate information,” West said.