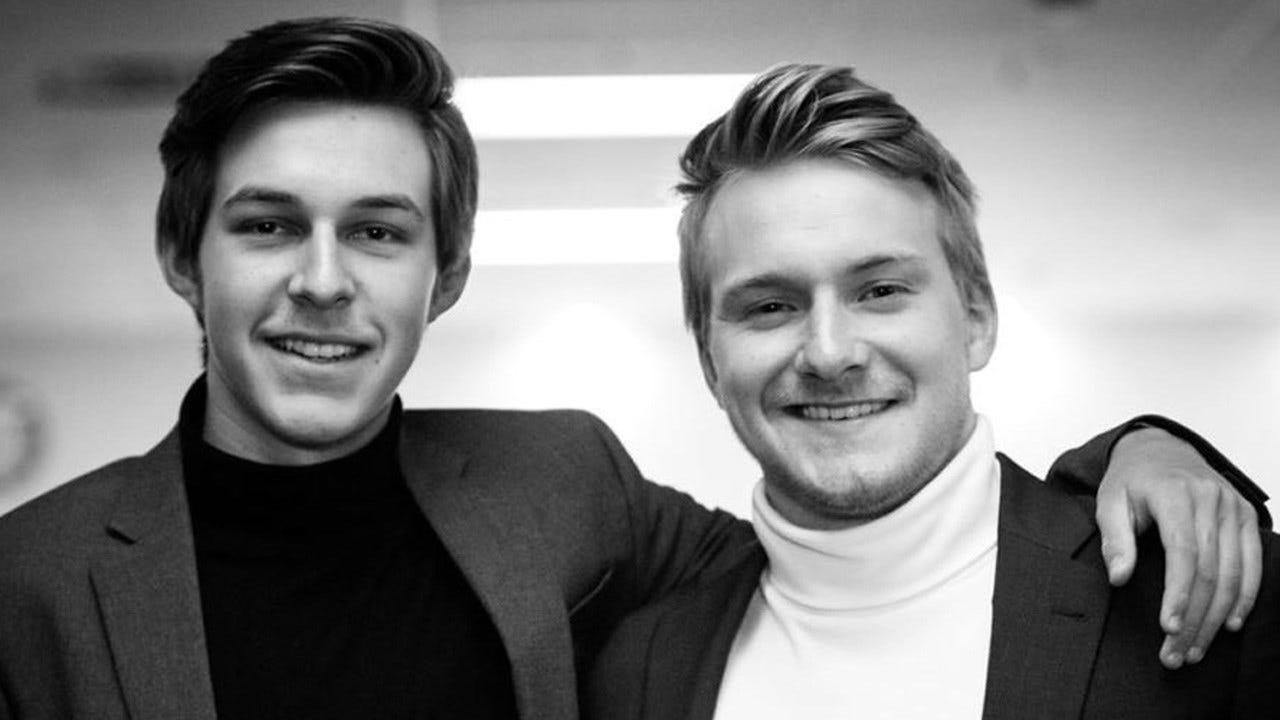 Family, friends and a school community are heartbroken after the loss of two 19-year-olds.

Investigators said the two had stopped at a stop sign and were hit from behind by a driver who was far exceeding the speed limit. Police also said the suspect driver showed signs of impairment.

Charred grass still marked the area Monday evening. The victims’ friends had returned to the scene.

“We’ve grown up with these guys our entire life and getting the news was extremely shocking and I’ve felt like I needed to come out here to see what happened,” said Gage Dyer.

“They were our best friends,” said Zach Lacquement. “And it’s a surreal feeling to feel your friends are gone.”

Ross and Tucker were home from college and in the hours before the crash, they attended a basketball game in Yukon.

After Southwest Covenant lost by three, the two went into the locker room to talk with the players.

“They wanted to come in and just encourage the guys and I asked them if they had anything to say and they said, ‘Wow, you guys are really good! You guys are much better than what we were!’ And it brightened the locker room for sure,” said principal and basketball coach Kevin Cobbs.

Both had played on the team when they attended the small, Christian school. They had just graduated in May 2017.

“Their impact is tremendous on this place,” Cobbs added.

“It’s hard to even begin to describe how special they were and how much they mean to us and this school and we’re going to miss them greatly,” said headmaster Steve Lessman.

Investigators did not release the name of the two people in the suspect vehicle. Police said the driver was taken to the hospital and the passenger was not injured.