Former McAlester Student Accused Of Threatening To Shoot Up School 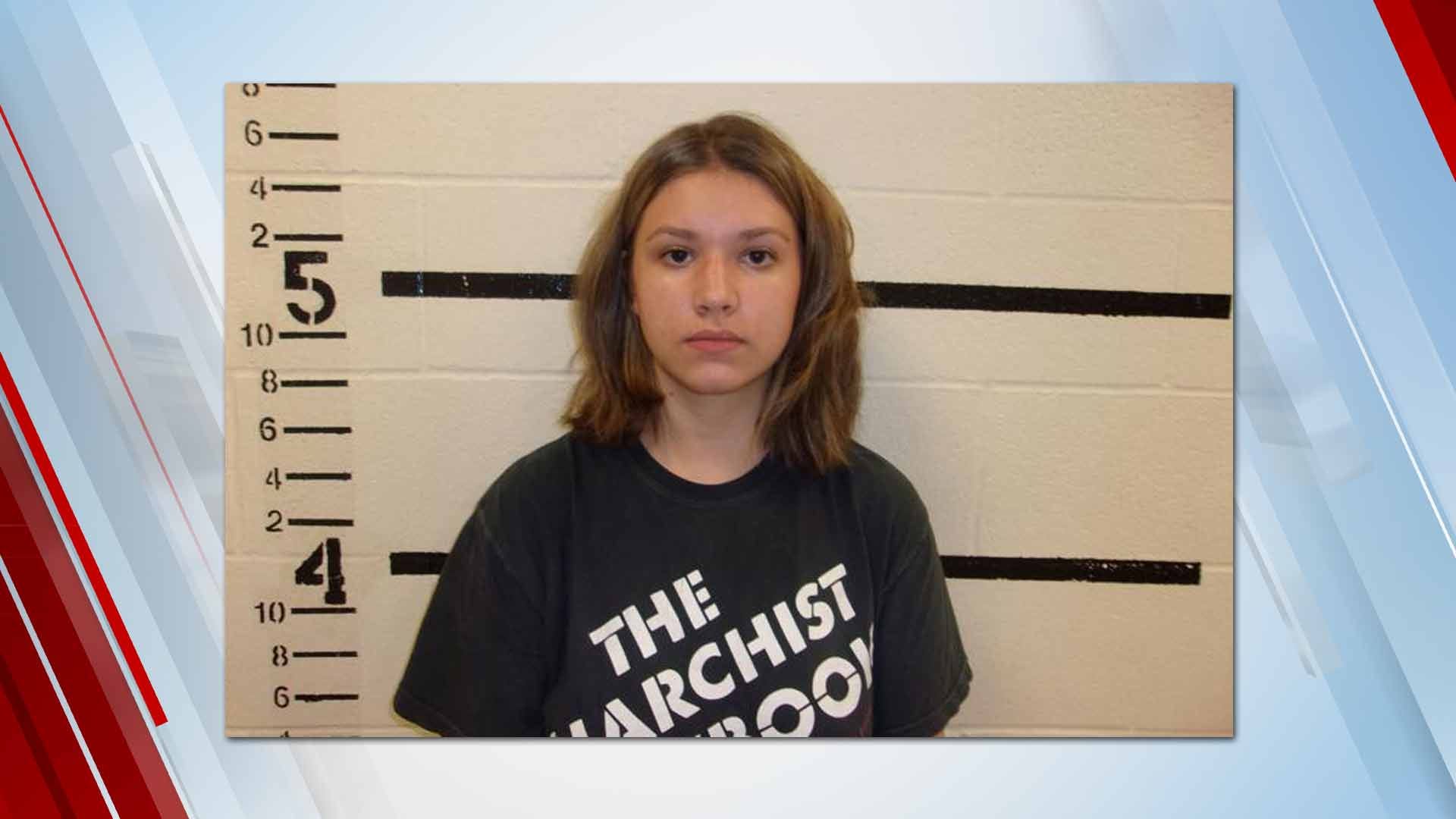 A McAlester woman is in custody after authorities said she threatened to "shoot up" the high school and people inside.

Alexis Wilson, 18, is in custody at Pittsburg County Jail on a complaint of making terroristic threat, according to jail records.

Pittsburg County Sheriff's Office deputies said they arrested Wilson after getting an anonymous tip she told friends and co-workers she was going to shoot up the school. They said Wilson had been posting videos of herself shooting guns.

One of Wilson's co-workers at Pizza Inn in McAlester told the Sheriff's Office Wilson threatened "to shoot 400 people for fun," adding that there were so many people at her old school that she would like to do it to.

"You know it may not have been anything - we don't know 100%, but we are glad we got it before it turned into something," said Sheriff Chris Morris, Pittsburg County.

Wilson went to McAlester High School but dropped out in 9th grade, according to PCSO.

Deputies said Wilson denied making threats to shoot up the school but admitted she used to be suicidal and borderline homicidal and had thoughts of hurting people at the school in the past. She told deputies she was just trying to convince a co-worker that not everyone who owns a gun is bad.

"In today's times, you can't say stuff like that," the sheriff said. "And anytime something is said like that we are going to take it serious. And we are going to investigate it to the fullest extent and make an arrest if possible because we do not want any of our schools getting shot up. Nobody does."

"If it would have happened and we wouldn't have gotten contacted, the person who reported it to us would feel horrible," said Pittsburg County Sheriff Christ Morris.

"We would feel horrible. If we got the information and we didn't follow up on it. So I think it's a blessing for McAlester and Pittsburg County to have received this information before something terrible or tragic did happen."

"It's something I think every community fears," Sheriff Morris said. "With schools you know there's tornado drills, they do fire drills - but I think one of the biggest fears in every community is an active shooter."