Texas Gunman Was Fired From Job, Called FBI Before Shooting 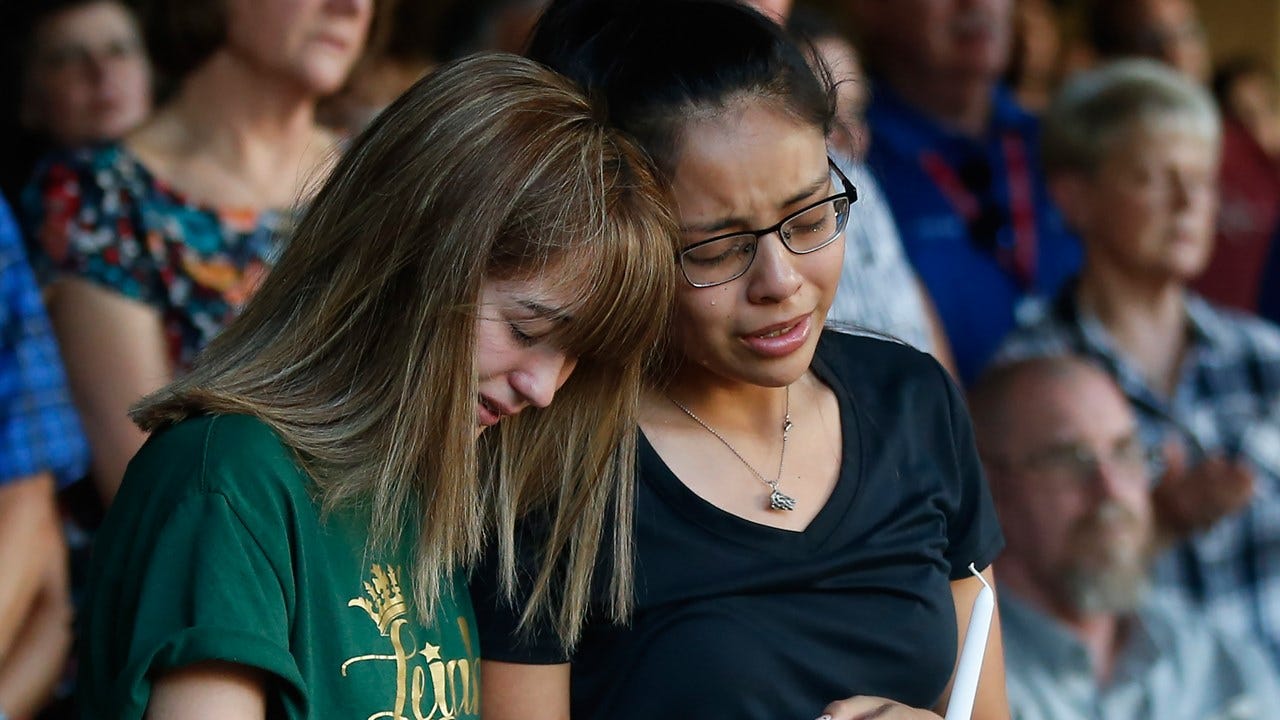 The gunman in a spate of violence after a routine traffic stop in West Texas had just been fired from his job and called both police and the FBI before the shooting began, authorities said Monday.

Odessa Police Chief Michael Gerke said 36-year-old Seth Aaron Ator had been fired Saturday from Journey Oilfield Services. He said both Ator and the company called 911 after the firing but that Ator was gone by the time police showed up. FBI special agent Christopher Combs says Ator’s statements on the phone were “rambling.”

Authorities said Ator killed seven people and injured at least 22 others Saturday before officers killed him outside a busy movie theater in Odessa.

Combs said Ator “was on a long spiral down” before the shooting and that he went to work that day “in trouble.”

“This did not happen because he was fired. He showed up to work enraged,” said FBI special agent Christopher Combs of the suspected shooter.

Combs said the place where Ator lived was “a strange residence” and that the condition reflected “what his mental state was going into this.” He didn’t elaborate.

Online court records show Ator was arrested in 2001 for a misdemeanor offense that would not have prevented him from legally purchasing firearms in Texas, although authorities have not said where Ator got the “AR style” weapon he used.

Texas Gov. Greg Abbott tweeted Monday that “we must keep guns out of criminals’ hands” — words similar to his remarks that followed another mass shooting in El Paso on Aug. 3, when he said firearms must be kept from “deranged killers.” But Abbott, a Republican and avid gun rights supporter, has been noncommittal about tightening Texas gun laws.

He also tweeted that Ator failed a previous gun background check and didn’t go through one for the weapon he used in Odessa. He did not elaborate, and a spokesman referred questions to the Texas Department of Public Safety, which didn’t immediately respond for comment.

Authorities said those killed were between 15 and 57 years old but did not immediately provide a list of names. Family and employers, however, said that among the dead were Edwin Peregrino, 25, who ran out of his parents’ home to see what the commotion was; mail carrier Mary Granados, 29, slain in her U.S. Postal Service truck; and 15-year-old high school student Leilah Hernandez, who was walking out of an auto dealership.

Hundreds of people gathered at a local university in the Permian Basin region known for its oil industry Sunday evening for a prayer vigil to console each other and grieve the loss of life.

“We’re out here in the middle of nowhere,” Midland Mayor Jerry Morales told the crowd. “All we’ve talked about is oil forever. And then this happens.”

The attack began Saturday afternoon when Texas state troopers tried pulling over a gold car on Interstate 20 for failing to signal a left turn. Before the vehicle came to a complete stop, the driver “pointed a rifle toward the rear window of his car and fired several shots” toward the patrol car stopping him, according to Texas Department of Public Safety spokeswoman Katherine Cesinger. The gunshots struck a trooper, Cesinger said, after which the gunman fled and continued shooting. He fired at random as he drove in the area of Odessa and Midland, two cities more than 300 miles (482 kilometers) west of Dallas.

Police used a marked SUV to ram the mail truck outside the Cinergy Movie Theater in Odessa, disabling the vehicle. The gunman then fired at police, wounding two officers before he was killed.

“Local law enforcement and state troopers pursued him and stopped him from possibly going into a crowded movie theater and having another event of mass violence,” FBI special agent Christopher Combs said.

Police said Ator’s arrest in 2001 was in the county where Waco is located, hundreds of miles east of Odessa. Online court records show he was charged then with misdemeanor criminal trespass and evading arrest. He entered guilty pleas in a deferred prosecution agreement where the charge was waived after he served 24 months of probation, according to records.

Gerke, the Odessa police chief, refused to say the name of the shooter during a televised news conference, saying he wouldn’t give him notoriety. But police later posted his name on Facebook. A similar approach has been taken in some other recent mass shootings in an effort to deny shooters notoriety.

The shooting came at the end of an already violent month in Texas following the El Paso attack at a Walmart that left 22 people dead. Sitting beside authorities in Odessa, Abbott ticked off a list of mass shootings that have now killed nearly 70 since 2016 in his state alone.

“I have been to too many of these events,” Abbott said. “Too many Texans are in mourning. Too many Texans have lost their lives. The status quo in Texas is unacceptable, and action is needed.”

On Sunday, a number of looser gun laws that Abbott signed this year took effect on the first day of September, including one that would arm more teachers in Texas schools.

Saturday’s shooting brings the number of mass killings in the U.S. so far this year to 25, matching the number in all of 2018, according to The AP/USATODAY/Northeastern University mass murder database. The number of people killed this year has already reached 142, surpassing the 140 people who were killed of all last year. The database tracks homicides where four or more people are killed, not including the offender.

Daniel Munoz, 28, of Odessa, was headed to a bar to meet a friend when he noticed the driver of an approaching car was holding what appeared to be a rifle.

“This is my street instincts: When a car is approaching you and you see a gun of any type, just get down,” said Munoz, who moved from San Diego about a year ago to work in oil country. “Luckily I got down. ... Sure enough, I hear the shots go off. He let off at least three shots on me.”

He said he was treated at a hospital and is physically OK, though bewildered by the experience.

“I’m just trying to turn the corner and I got shot — I’m getting shot at? What’s the world coming to? For real?”