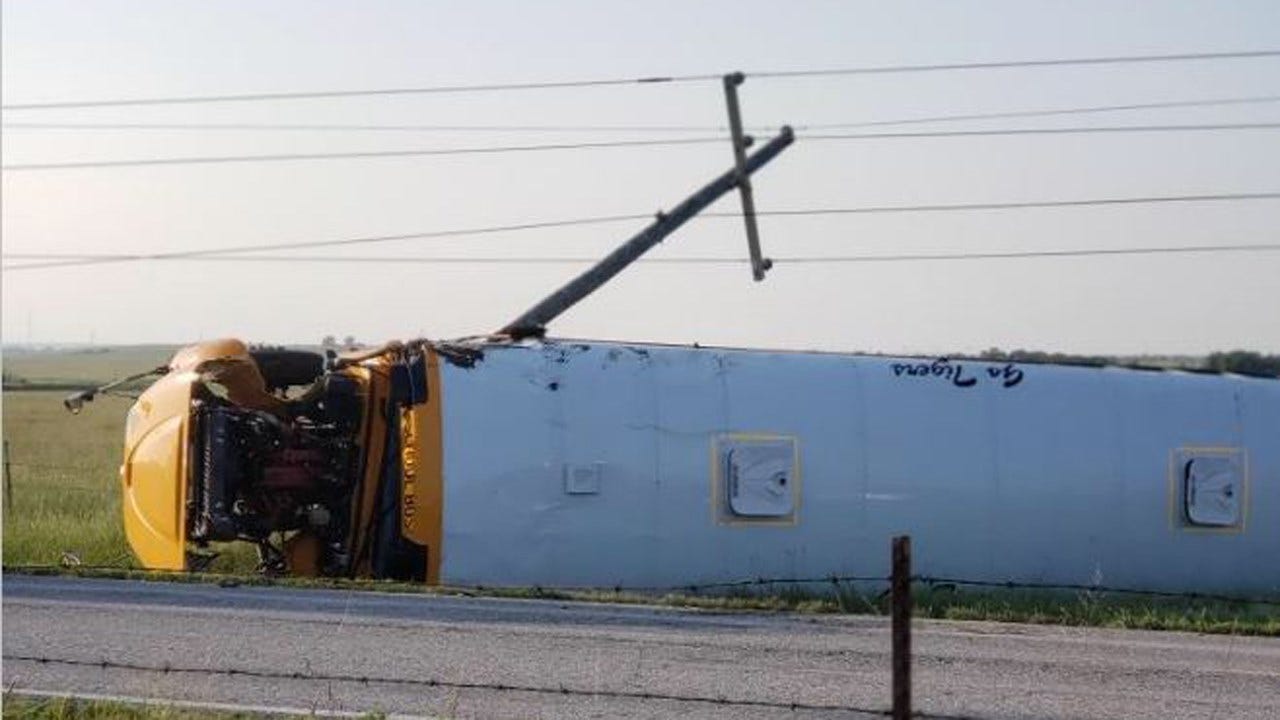 Oklahoma Highway Patrol and other first responders were called to the scene of a rollover wreck of a school bus in Mayes County the evening of August 29.

The wreck took place southeast of Adair near County Road 420, according to OHP. The school bus belonged to Pryor Schools.

"She started crying and I got sick to my stomach you know anybody that's had kids, especially kids you know rode a bus, you know what goes through your mind its a nightmare," said Danny Rosebrough, a witness that saw the accident.

Jeffery Williams, a 14-year-old involved in the crash was pretty shaken up about the wreck.

"I'm just thankful to God for protecting us and not letting any of us get hurt," Williams said.

The Pryor Superintendent and coaches said they are glad the accident wasn't much worse and are thankful for their community's support.