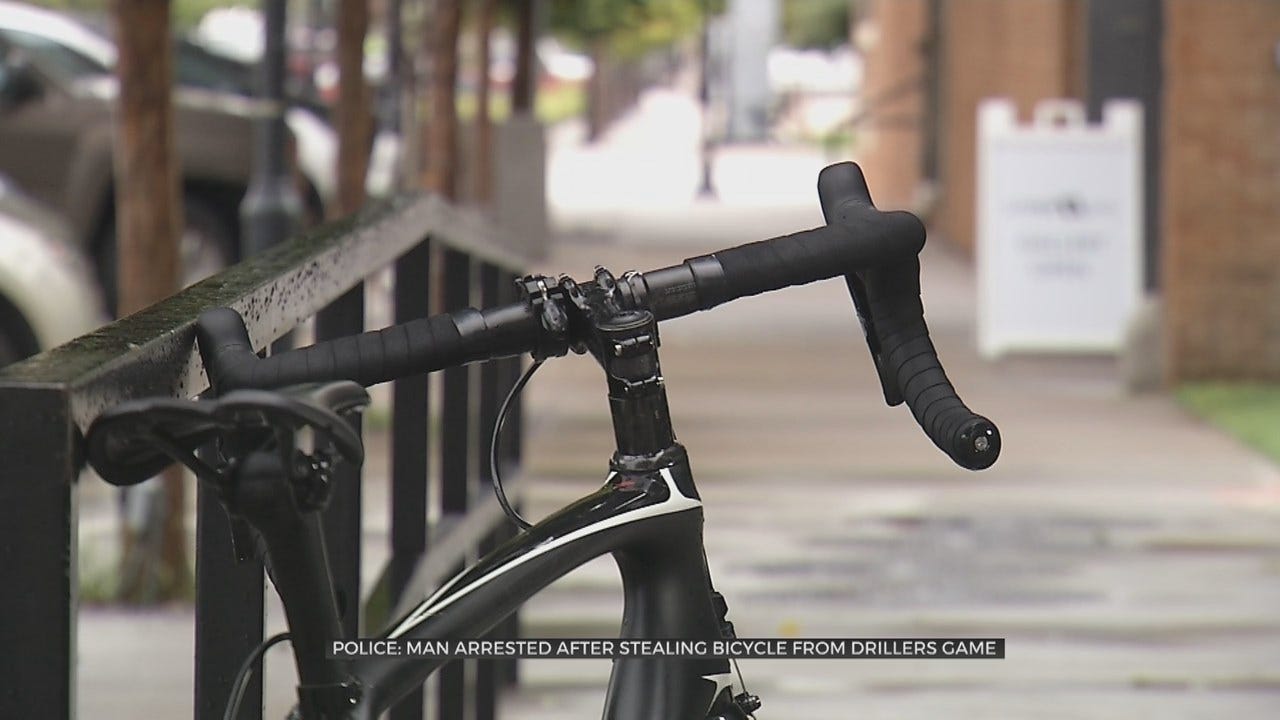 A Tulsa man locked up an expensive bicycle downtown, but came back an hour later and it was gone. Police tracked the thief through security cameras and arrested the suspect the next day, riding the bike and carrying bolt cutters.

Brandon Travers said he had finished up a ride Wednesday night and locked him bike to the rack on this car, with two cable locks. He came out to find the cables cut and his bike missing. His bike is a carbon fiber, racing model that sells for nearly $10,000 new.

Because of the bike's value, Tulsa Police put extra resources into finding it and within hours of beginning their investigation, they located the bike and suspect Jeffrey Wilson. He's a convicted felon officers working downtown recognized as a homeless man.

"We've got people downtown, who have good cameras, who we know we can go to for help, that's the first thing we did" said Corporal Brandon Davis. "We didn't have great pictures, but it was enough to start."

An officer patrolling near 300 S Gilcrease spotted the unusual bike. Police say Wilson admitted taking it, with plans to sell it.