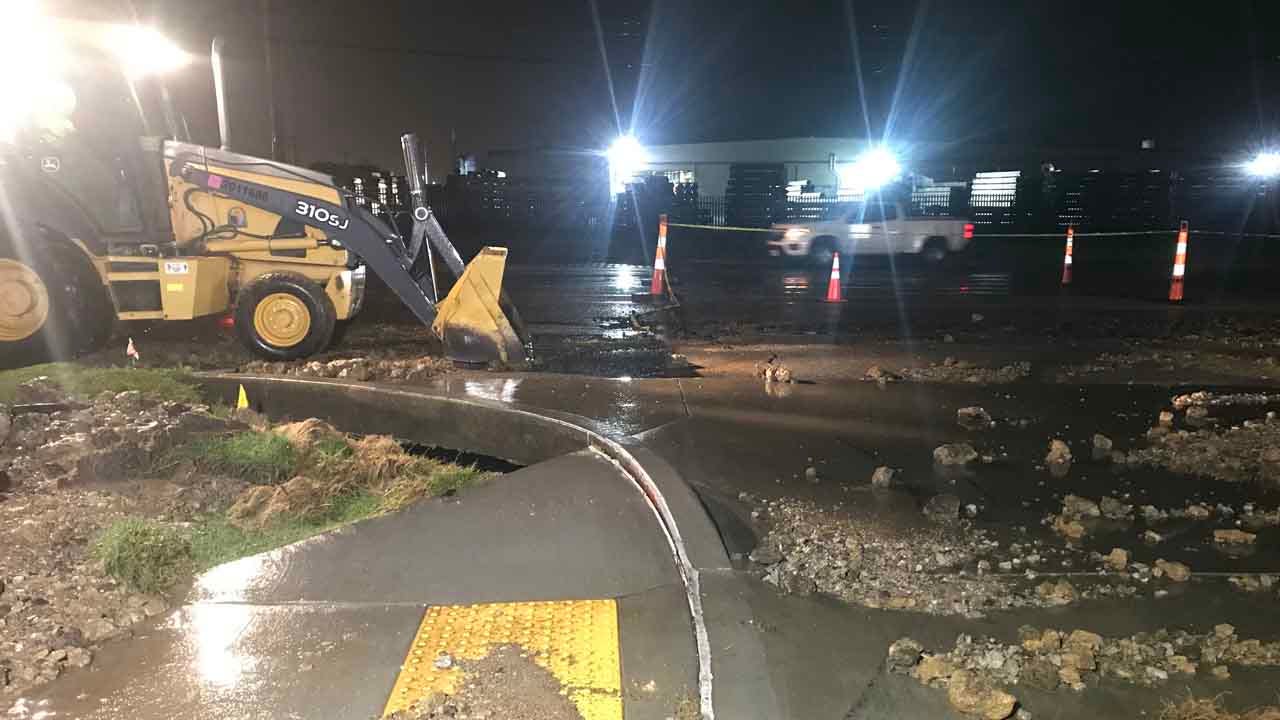 City crews are working on multiple water line breaks Friday morning, and they could cause some road closures on your drive to work.

The crews at Pine and Mingo have not been able to start digging yet; so, they have not gotten to the break here. However other crews across the city are working on repairing at least four different breaks.

The break at Pine and North Mingo is a twelve inch water line that has a break that is in the middle of the intersection.

Another break, in a different part of town, that's also in the middle of the intersection is at North Rockford and Haskell.  Its going to be a six inch line that's left around 62 residents without water Friday morning.

And over on the east side of town, crews have been notified about another break which is near Memorial and East 51st street.

Crews at Pine and Mingo said they are also working on repairs to a 24 inch line; so, it's going to be a very busy morning for the water department crews.