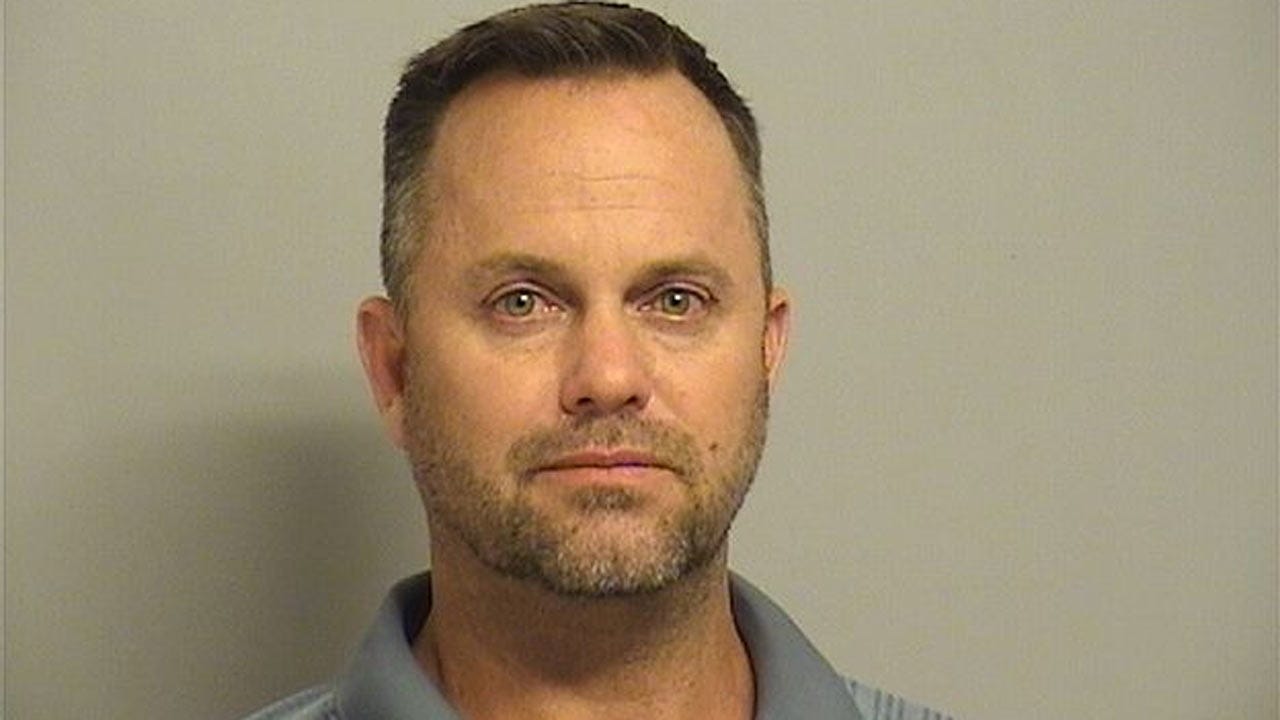 State Representative Dean Davis (R-Tulsa/Wagoner) is in even more hot water after phone calls he made from the Broken Arrow jail are made public. The calls were made late on August 2, the night of his arrest.

Davis, who represents Broken Arrow, was arrested earlier this month and is now charged with DUI, speeding, and obstructing an officer.

All jail calls are recorded. These recordings, initially obtained by NonDoc.com, were made public because the exchanges were between public officials.

Police reports said an officer pulled Davis over after he was seen crossing the center line. The officer arrested Davis on suspicion of DUI, a move Davis told Representative T.J. Marti (R-Tulsa) would not be good for Broken Arrow.

"This is not going to help Broken Arrow at all, because they just made an enemy," Davis said during the jail call. "And that's not good at all."

Later in that same call, Marti warned Davis to be careful, after Davis said the Tulsa County District Attorney's office wouldn't file charges against him.

"Which, I can talk to the DAs, which then they'll drop it," Davis said.

"Don't be cocky and piss those guys off," Marti responded.

"They threw me up against the car when I didn't do anything," Davis continued.

Here's an excerpt from that voicemail:

"I'm probably going to be sent over to your establishment so I was calling you," Davis said. "So if you would, I'd really appreciate your assistance and help."

In a statement to News On 6, Regalado said, "Although I didn't answer Representative Davis' call, I want to make it abundantly clear that Had I picked up the phone, I would not have provided any assistance in helping him to circumvent the criminal justice process."

The following is a statement from the Tulsa County District Attorney's Office:

Mr. Dean Davis has been charged with Driving Under the Influence of Alcohol, Speeding and Obstructing an Officer. As with all defendants, Mr. Davis is presumed innocent unless and until he is determined otherwise by a jury or court."

A statement from the Broken Arrow Police Department said, "Charges have been forwarded to the Tulsa County District Court and we will let the Tulsa DA or Broken Arrow City Legal Department handle any further comment.