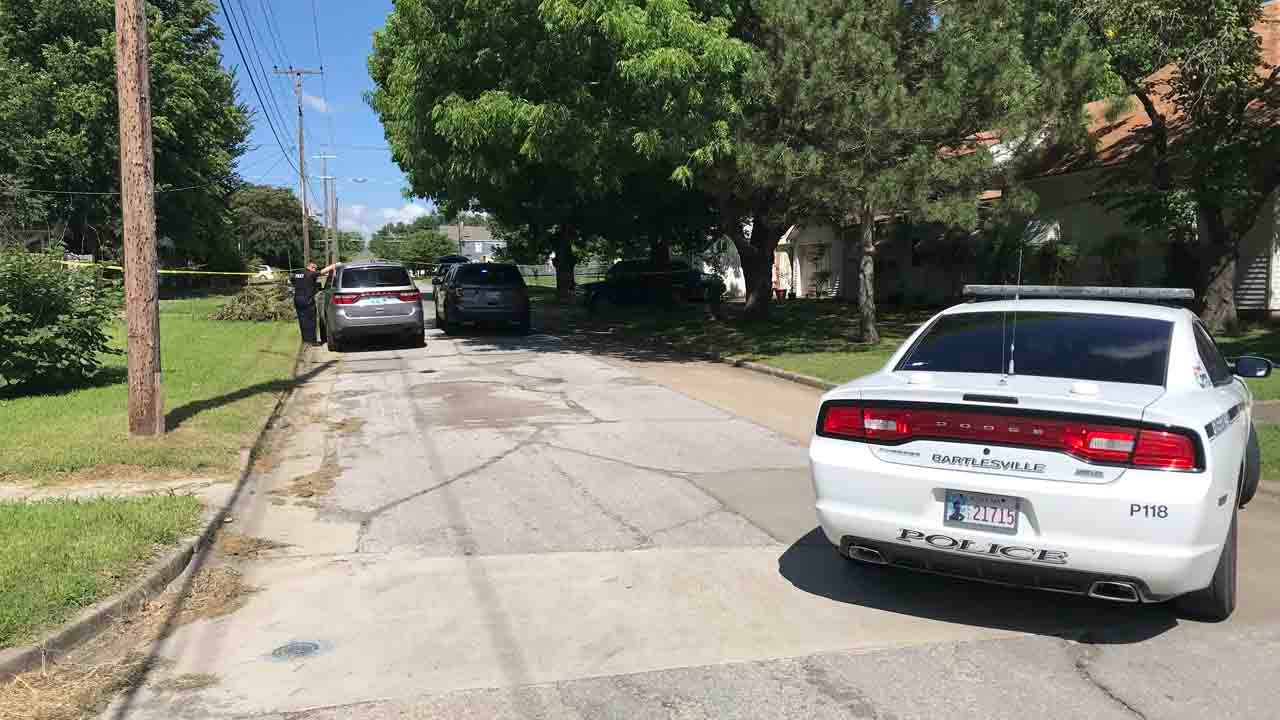 Bartlesville Police said they are investigating a homicide after someone found a man shot in an alley.

Daniel Glenn Tahoe Speck, 26, of Bartlesville was killed from an apparent gunshot wound, according to police.

Witnesses said they saw a man talking to someone in a white pickup truck around 8 a.m. in the 800 block of East 8th Street, according to BPD. The witnesses told investigators they heard a gunshot and saw the pickup speeding off. Officers said they have a license plate number, CEN-532.

The victim had been shot in the abdomen with a shotgun, police said. He was taken to the hospital where he died.

Police know the man's identity, but are not releasing it until family notification. His car was found nearby, and police were getting a search warrant to see if they can find any evidence.

"They obviously had some sort of conversation between the two," said Captain Jay Hastings, Bartlesville Police. “A lot of our homicides are drug related but we are still in the process of determining what he was doing over here and why he got into a confrontation with this person in the truck.”

"We don't know if it is drug-related. I don't want to say there was a confrontation, but I don't think anyone ever got out of the pickup that we know of," he said.