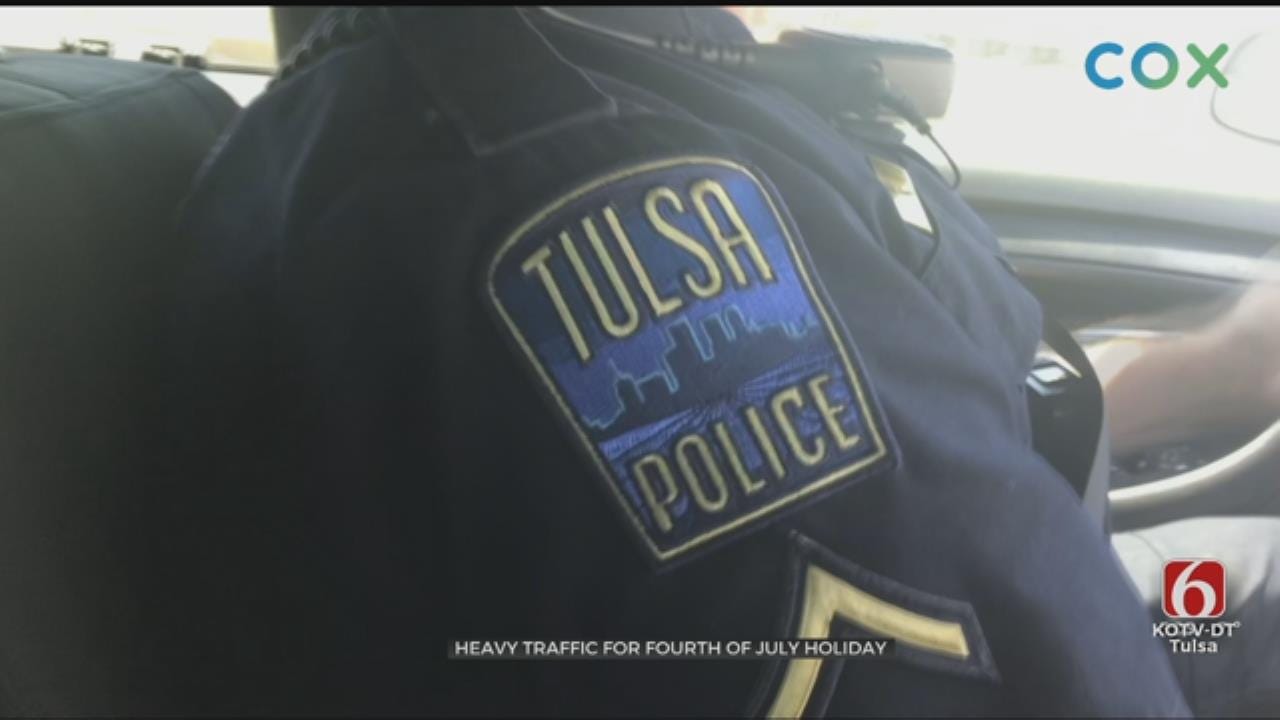 They’re planning to have targeted enforcement effort on expressways.

Tulsa Police Officer Jon Grafton said he and many other officers will be working through the July 4th weekend.

"Celebrating is all great, we love it, and I'd be doing it too if I wasn't working," said Grafton. "A lot of people make the bad decision to get behind the wheel of a car and that's what we're trying to prevent."

Tulsa Police traffic units plan to focus on drunk drivers, speeders, and aggressive drivers for the next few days.

Two years ago, 11 people died, and 385 people were injured on Oklahoma roads over the July 4th holiday weekend, according to the Oklahoma Highway Safety Office.

"This is the most people traveling over July 4th, since we've been keeping those records,” said Mark Madaja, with AAA Oklahoma.

AAA predict 49 million people will be traveling this weekend.

"They'll come back in staggered times,” said Madaja. "Today is the bad one, it should ease up for your trip home. Pack your patience because making up time is not going to happen with that many people on the roads."

Officer Grafton said the department sees an uptick in drunk driving over most holidays, and more speeding and aggressive behavior when the roads are more crowded.

"Something that brings a car to my attention is excessive speed in addition to other driving behavior, aggressive driving, sudden lane changes without signaling, tailgating, things like that really make us focus on a particular car,” said Grafton.