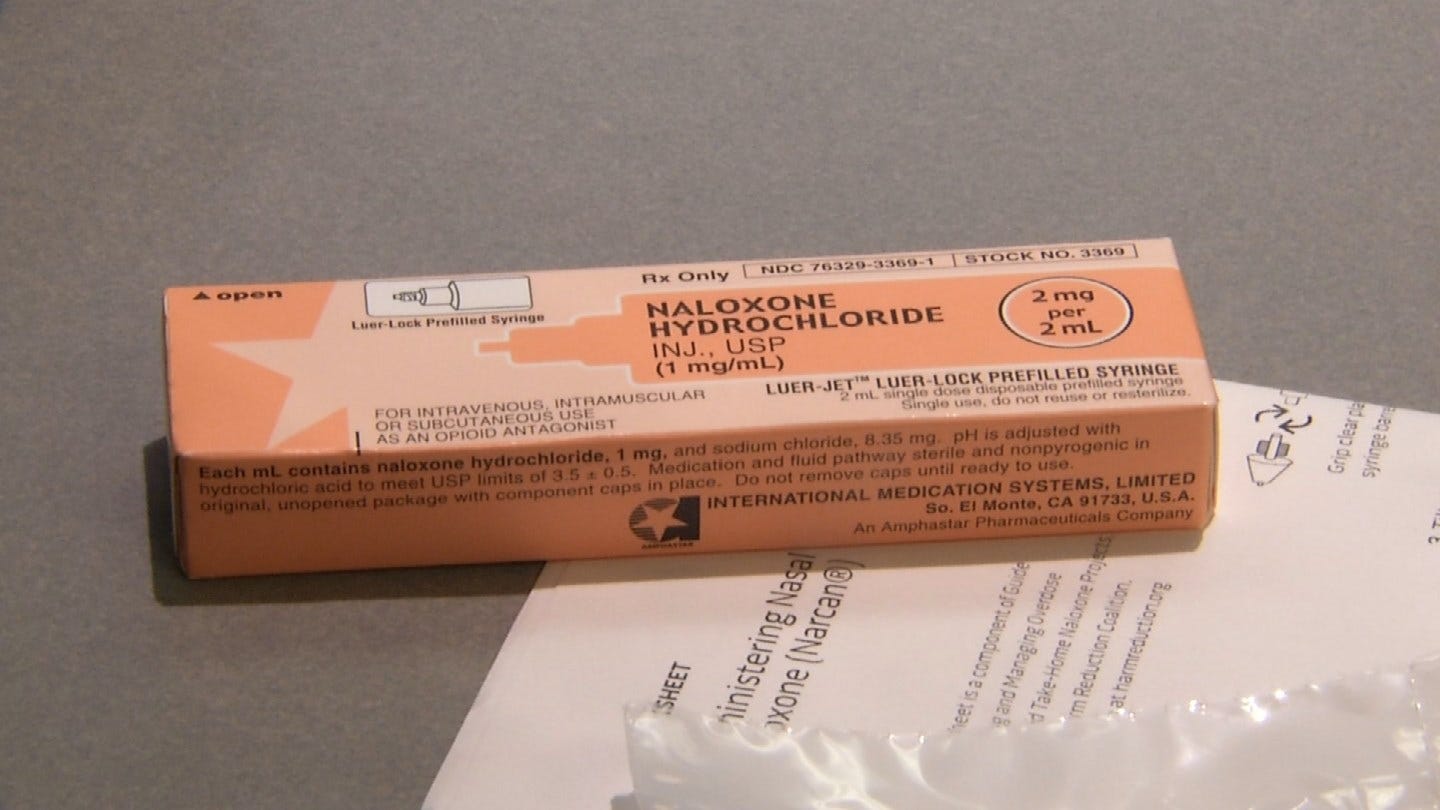 Because 7 people died in 7 days in Oklahoma from a heroin overdose, it's important to know that there is an easy-to-use, life-saving drug available to anyone, without a prescription.

The Naxalone rescue kit costs $55 and can reverse the effects of an opioid overdose in a matter of seconds.

Many heroin addicts start with a prescription for a painkiller like Percocet or Oxycontin, then become addicted to those pills and find those pills harder and harder to get, so they turn to heroin because it has morphine in it.

Buying heroin on the streets means you don't know what's in it and if fentanyl is, you could die immediately because fentanyl is a synthetic opioid 50 to 100 times more powerful than morphine.

"They might've been shooting heroin for quite some time, but there are serious concerns of dying at that point in time," said Captain Mark Wollmershauser with the Tulsa Police Special Investigations Division.

He says police do their best to arrest the cartel members and drug dealers selling heroin and also work to save the lives of addicts. Officers carry Naloxone, also known as Narcan, a mist they can shoot up someone's nose to revive them.

Officers even leave an extra kit for the addict's family, but anyone can buy a kit, without a prescription.

"It's very quick acting, usually within 30 seconds to three minutes, see your family member or loved one wake up," said Kyle Panter with CareFirst Pharmacy.

Even if you don't have an addict in your family, but a loved one taking prescribed painkillers, they could accidentally take too many or not understand some interactions.

"If you have a fentanyl pain patch and get into a hot tub, the heat opens the pores in your skin and drives more medication from that patch into your body and can overdose them," said Panter.

The Naloxone rescue kit contains a syringe filled with the medicine. You shoot half into each nostril of a person who's unconscious. This will not work on people who OD on meth, cocaine, or benzos; only opioid-based drugs.

It's important for those around you to know where that life-saving kit is, in case it needs to be used. Also, if the person doesn't respond in 3 minutes, it's important to give them a second dose.

You can go into most pharmacies in Oklahoma and purchase the kits.