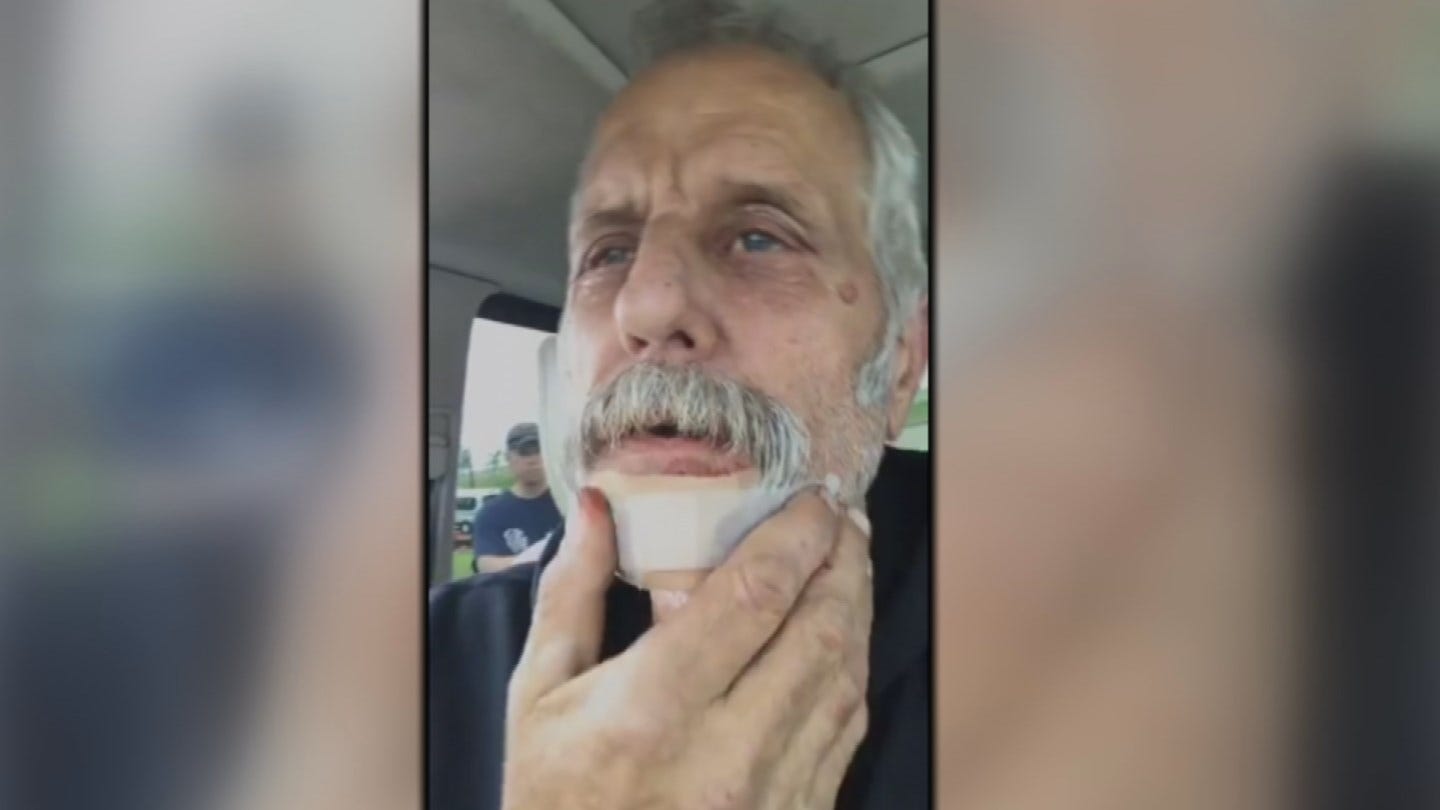 A man shot by an active shooter in Tulsa on May 10th is speaking out. WK Binger got onto Facebook Live shortly after he was shot in the face.

"Yeah, they say I got a bullet in my jaw. Probably way back in here," Binger says in the video. "I don't feel it in me at all. But the back of my neck is sore," he says.

Binger says he was shot Friday evening near 49th and South Peoria, by a man he says he had never seen before. He says he had walked to a restaurant when he saw the man waving a gun, and within moments Binger was shot at close range.

"As soon as I walked in the door he shot me, he cussed at me and then shot me," he says in the Facebook Live.

Binger was one of two victims shot by Derrec Shaw on Friday evening. Police say Shaw pointed his gun at several people, and even walked toward I-44, pointing his gun at cars there too, before an officer shot and killed him.

Tulsa Police Identify Man Who Shot 2 People Near I-44

Binger says he’s a walking miracle because Shaw tried to shoot him even more before running out of bullets and walking away. At the hospital, he posted another Facebook live, this time showing the bullet that was lodged in his jaw.

He says he's been so open about his experience because the people he's shared it with are like his family. He runs the Vintage Sewing Center and Museum on Peoria and has been posting updates on their private Facebook page.

And while he's thankful to be okay, he says, he's thinking about Shaw's family.