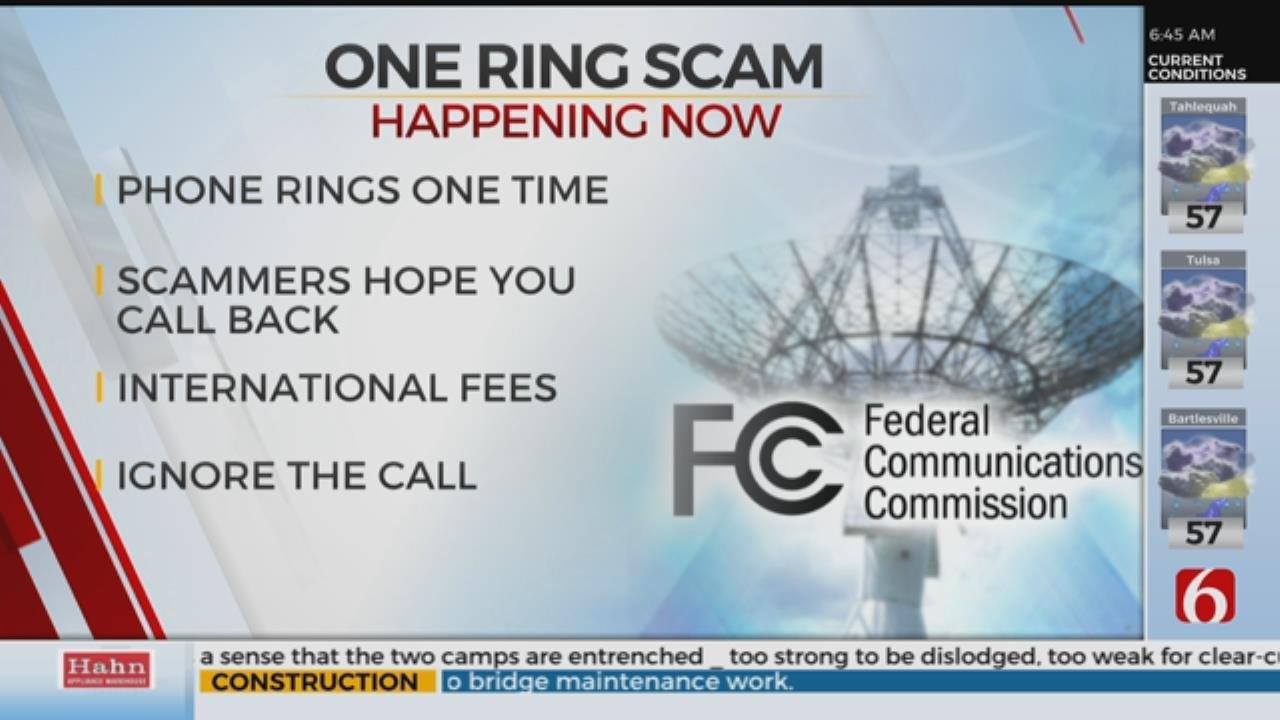 People in Tulsa are among those getting strange phone calls as part of what's being called the One-Ring phone scam.

The FCC is reporting a spike in scam calls across Green Country originating from West Africa nations like Sierra Leone. The FCC says scammers from overseas will call your phone, let it ring once, and then hang up. The hope is that you'll think the call just got disconnected and call it back.  Once you do, you will start getting charged international fees, which add up per-minute the longer you stay on the line.

Sand Springs Police say some of the calls are coming from Sierra Leone or other countries. The FCC is also issuing a warning about this. You can call your phone carrier to have them restrict outgoing international calls, so you don't accidentally make one.

However, many carriers don't allow blocking incoming international calls. So while the calls are annoying, the FCC says your best bet is to ignore them and never call the numbers back.