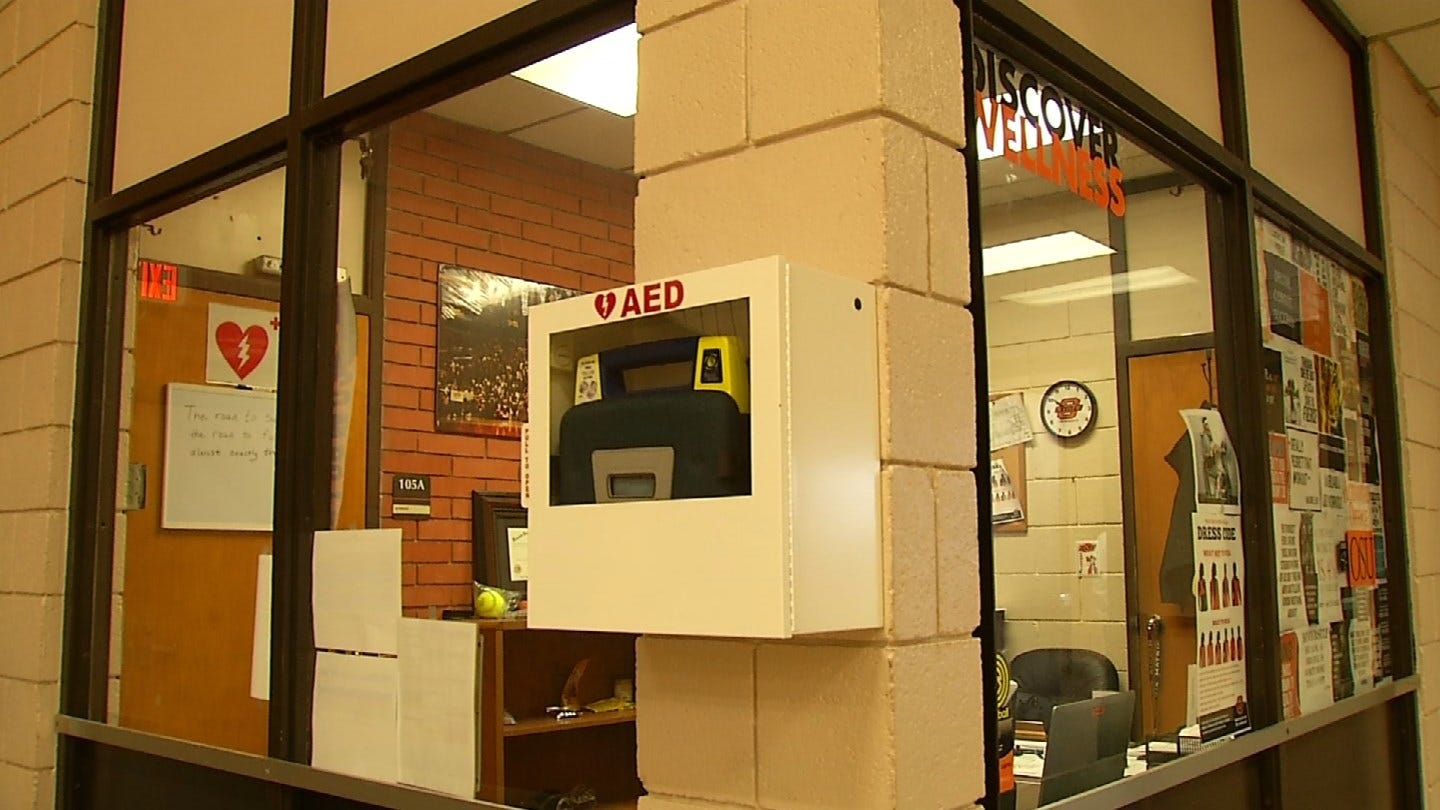 An OSU Institute of Technology nursing student in Okmulgee has died and other students say his death may have been prevented.

They said it's because an Automated External Defibrillator, or AED, never arrived. The only problem, no one knew where it was and there's only one on campus something that students say needs to be changed.

OSU nursing students in Okmulgee say they were looking for an AED last week when one of their classmates collapsed.

"We started CPR we had someone go call 911 we instructed someone to get an AED the normal stuff that you would do," said Blair Autry, a Nursing Student.

Autry who is also an EMT said having one could have potentially saved the mans life. To make matters worse, he said there is only one AED on campus which was confirmed by a University Official.

"If we don't get them in every building then we need to get them in Campus Police vehicles and those people that had them with them they need to be trained on how to use them at the least," said Autry.

Nursing student Wendi Andrews said not being able to use an AED was unimaginable.

"There were 50 of us there trying to do just that and we didn't have the equipment to do that and it's just devastating," said Andrews”.

OSU declined to go on camera but did issue a statement saying that while they are saddened by the loss of one of their students, safety is their number one priority.

“OSU Institute of Technology is deeply saddened by the untimely loss of one of our students. Our thoughts and concern go out to all of those affected by his passing, and we are assisting them in every way possible. The safety and well-being of our students is our number one priority” said Shari Erwin, Executive Director of the Office of Marketing & Communications.

But students said something needs to change.

"This should've been taken care of a long time ago I feel like this is kind of the basics,” said Autry.

There is a meeting planned for Wednesday -- students will be meeting with the administration.