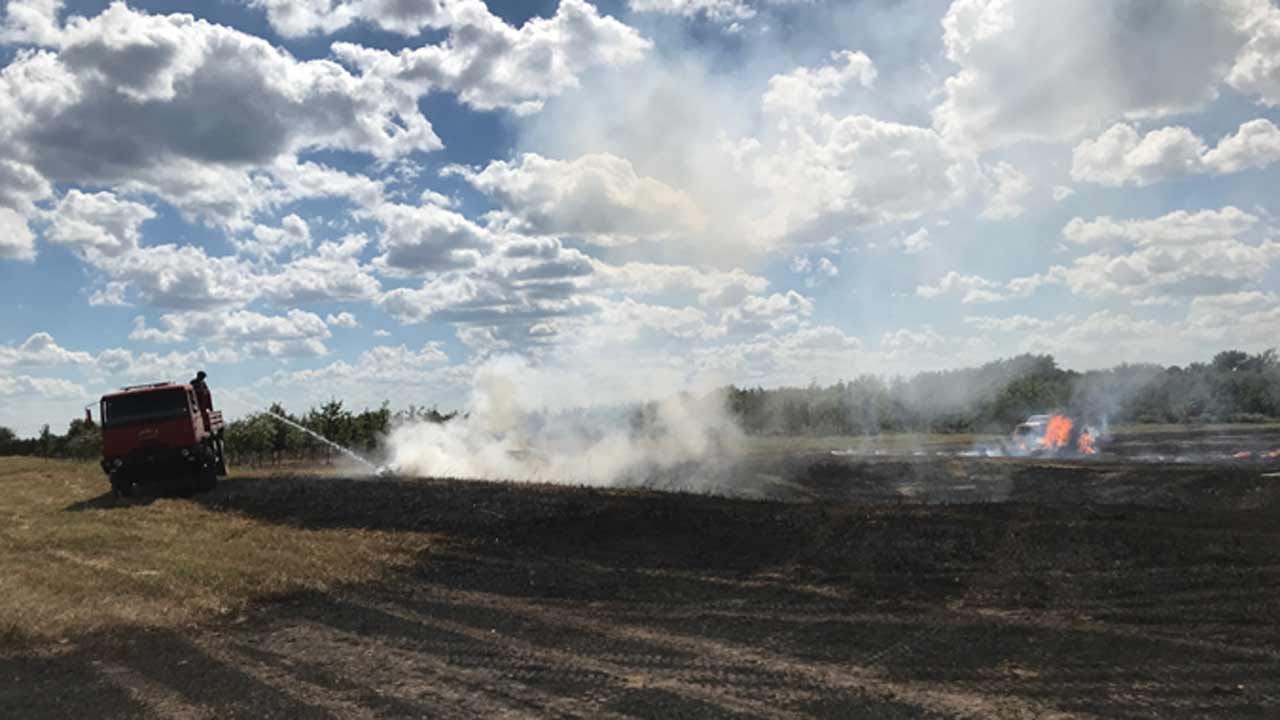 Several fire crews battled a grass fire off Highway 412 and County Road 4180 near Inola Tuesday afternoon, September 18. The site was just on the north side of Sanders Nursery but south of Highway 412.

Firefighters say a man was mowing hay, and the overheated equipment set the grass on fire. The wind was pushing the fire towards the highway. If it went over, a neighborhood would be in the path, so mutual aid was called in.

Firefighters stopped it from advancing and then worked backward, protecting the tree farm. The fire burned about 60 acres.

The grass looks green, but it's pretty dry. The humidity was low Tuesday, and the wind didn't help.

"No, we're just going to start fire season if it doesn't rain," said Barry Grigg, Inola Fire Department. "And it's going to get worse because fall is coming on - because the grass is extremely dry. It's like kindling - the moisture is just gone out of it."

The fire burned 15 or 20 hay bales, but no buildings, and no one was hurt. Firefighters broke the hay bales open to get some water into them.

Firefighters worry that over the next few days they could see more of this.

Inola Fire was on scene as was Rolling Oaks, Oak Grove and Justus Tiawah. The other departments brought in additional water as well as manpower.

Oklahoma Highway Patrol troopers were called to the scene to provide traffic control as smoke blew across the highway.